Ohhhhhh George Lucas… He starts dissing on autograph seekers. Man oh man George. Then John Grisham is hitting the road, Brit-Brit loves a fan who is dressed in her outfit from the Opps I did it again video and more!

Video shows Britney Spears’ reaction when meeting fan wearing her ‘Oops, I Did It Again’ catsuit

Singer Britney Spears came face-to-face Friday with a fan who was rocking her iconic red “Oops, I Did It Again” catsuit during a meet-and-greet in Bangkok.“Nice to meet you guys. I like your costume. It’s so cool!” Spears said as she greeted the group of fans before posting with them for a photograph.

He has sold more than 300 million copies of his books.He is a household name writing bestselling thrillers including “A Time to Kill,” “The Firm,” and “The Pelican Brief” among several others.For the first time in 25 years, bestselling author John Grisham is on a bookstore tour.

ALL THE BREAST Robbie Williams signs ANOTHER fan’s boob during gig in front of 45,000 fans – who say he’s making a habit of it

ROBBIE Williams can’t resist signing his name on another fan’s bare boob after introducing this bizarre autograph ritual as a “regular thing” on his current tour.

The British pop star, 43, too a black marker pen to a woman’s breast midway through a concert in Dusseldorf, Germany, after running down from the stage to the front of the audience. 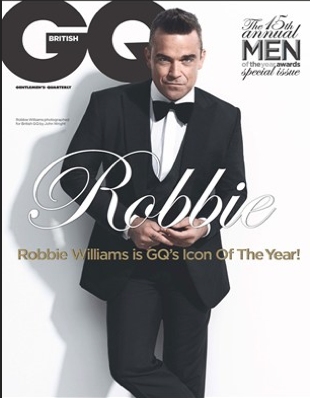 Best known for his portrayal as Jar Jar Binks & Achk Med-Beq in the Star Wars Prequel films as well as voicing Jar Jar Binks in Star Wars: The Clone Wars, Ahmed Best is one of the more rare Star Wars signatures these days not doing many appearances or signings since The Phantom Menace was released in 1999. Official Pix is now offering an incredible Pre-Order & Send-In option which will run through Sunday, July 2nd or until sold out. There are a very limited number of signatures available, so don’t wait or you might miss out! Less than 20 spots remain.

On a recent trip to Disney World with his family, Brent Burns of the San Jose Sharks found himself signing autographs for adoring children.

Not so unusual for a National Hockey League star, right? Except these kids didn’t care about his hockey prowess – they thought he was a pirate, Burns told an interviewer at the NHL Awards.

.@Burnzie88 signed some autographs at Disney World – not because he's a hockey player, but because kids thought he was a pirate. 😂 pic.twitter.com/eNp30Xi82t

Nathan Kress must have had some free time on his hands recently and thought that it would be the perfect chance to catch up on all that old fan mail from his iCarly days that he never had a chance to respond to. You know what they say: better late than never, right?
Ally Nguyen shared a photo of Nathan’s headshot, which her sister Tay sent to Nathan years ago but only recently got back signed. She tweeted, “My sis wrote a letter to Freddy from iCarly for a class in 6th grade and he sent this back after 5 years… I’m crying.” Along with the signed headshot, the former iCarly star also passed along a little message.

my sis wrote a letter to freddy from icarly for a class in 6th grade and he sent this back after 5 years… im crying pic.twitter.com/zMqS5EODDb

GEORGE LUCAS Hey, Autograph Seekers MAY THE WORKFORCE BE WITH YOU

George Lucas will begrudgingly sign autographs for those shoving posters and pictures in his face — but don’t push it … ’cause he’ll tell you to get a J-O-B. We got George in Bev Hills, where he talked about Ron Howard taking over directing for the new Han Solo movie, as well as the L.A. City Council voting on his proposed $1.5 billion museum … all while dealing with pushy “fans” looking for his John Hancock.