A bunch of things this week ranging from controversy’s to meeting idols.

Jennifer Lopez and her mother Guadalupe Rodriguez ran into some trouble when fans surged around them out in New York this Wednesday.One autograph seeker appeared to have accidentally struck Guadalupe in the head. She could be seen raising a hand to her face in pain.In photos taken at the scene, the 49-year-old pop icon wrapped a protective arm around her mother, whose birthday it happened to be that day.

Tom Wilson on the Ryan Reaves autograph controversy: ‘It is what it is’

Tom Wilson hasn’t played in a game since a late blindside hit from the Vegas Golden Knights’ Ryan Reaves left him with a concussion on December 4. The hit did not receive supplemental discipline from the NHL, but Reaves’s actions afterward created a furor.

Just like a famous painter in death, the value of autographs and other items from the late former President George H.W. Bush are expected to spike in price at historical auction houses. That’s likely due to the attention on him, and the prices will then likely settle back, according to Bill Panagopulos, president of internationally known Alexander Historical Auctions. “The value will jump 50 to 150 percent in the short term, say next four weeks, then fall back to current levels. President Bush was a very pleasant, obliging, and gracious signer,” he said.

When legends meet legends!During the Mnet Asian Music Awards (MAMA) in Hong Kong on Thursday, BTS couldn’t keep their cool while in the presence of one of their idols, Janet Jackson.The lovefest all began when V, Jimin, RM, Jin, Jungkook, Suga and J-Hope took the stage and declared it was a “dream” to meet and present Jackson with one of the night’s most prestigious accolades, the Worldwide Inspiration Award.

It’s a day the Kile family will never forget: The chance to get on the field at their very first Carolina Panthers game.Unfortunately, one crucial member of the family wasn’t there on this special day, but it was Richard Kile’s dying promise to his son Chris, that made all of this possible.

Part and parcel of being a big star is being asked to pose for a photograph with fans – no matter what they’re doing, celebs will likely be spotted and now that everyone has a camera on their phone, there’s no escaping. Loads of stars have spoken out about what it’s like to be constantly snapped and to have fans demand selfies. 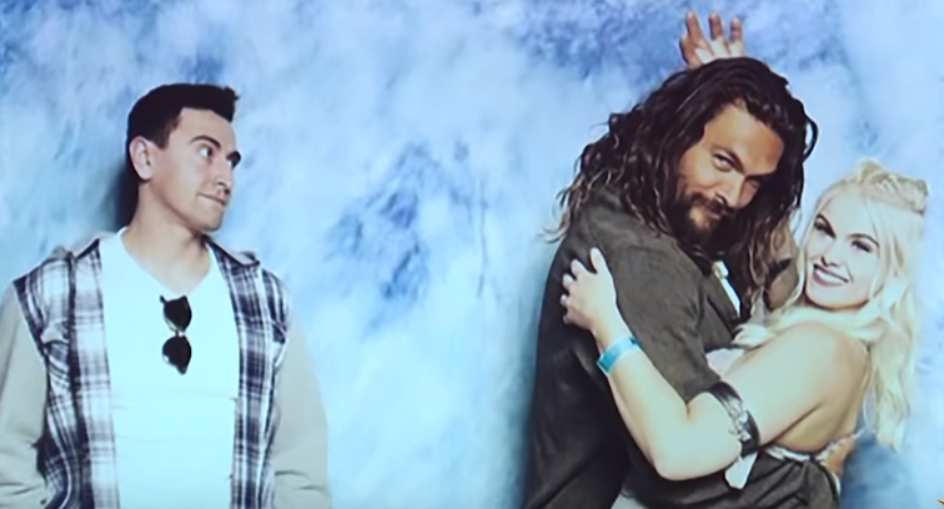 You’ll have seen footballers surprising their fans before, but you have probably never seen a reaction quite like Arsenal fan Kyan’s.The young supporter was taking part in an Arsenal community day at school when he was asked who his favourite player was.