Some great things this week including James McAvoy, family cosplay and more!

“Went to the Oscars. Presented. Got mugged by Sharpie-wielding celebrities,” he wrote on Instagram, along with a selfie of his autographed shirt. “I’m sure my shirt is going to be defaced by more of these entitled graffiti mentalists as the night goes on.”

Went to the Oscars. Presented. Got mugged by sharpie wielding celebrities. #thuglebrity I’m sure my shirt is going to be defaced by more of these entitled graffiti mentalists as the night goes on.

Every hero’s journey begins with a quest. For the Stewart clan of Elgin, the quest is an annual trek to Portland for Wizard World Comic Con.This year’s daunting winter storm did not deter the hearty souls of patriarch Nathan Stewart, daughter Natalie, 15, and son Collin, 12, from embarking Friday, Feb. 22, for the five-hour-or-longer drive from the outskirts of Union County to the Oregon Convention Center in heart of Portland. Collin and Natalie’s friend, Braea Frogner, 12, also from Elgin, joined the adventure like she did last year, but Jennifer Stewart, Nathan’s wife and mother to Natalie and Collin, passed this time around. 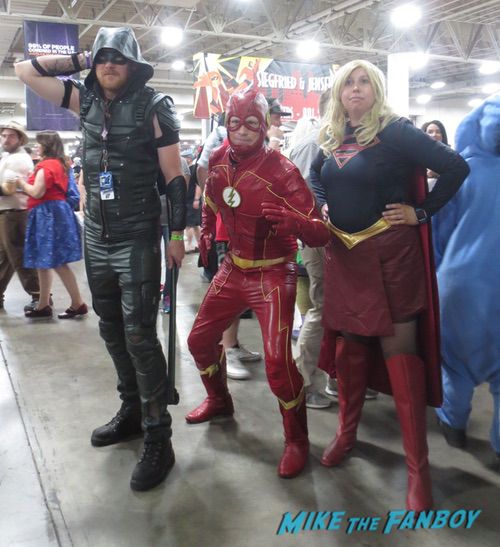 Grace Holcomb recently became obsessed with the locally filmed drama series, “One Tree Hill,” an ironic development considering she was just a year old when she first appeared on it.Holcomb, now 15 and a student at Laney High School, played the infant daughter of Jake (Bryan Greenberg), a teenage father on The CW series. In the years since her screen debut, Holcomb has only casually associated with the show, even watching as her friends became fans before she did.

Upper Deck Authenticated Autographs are still in high demand thanks to lucrative contracts with some of the most widely known figures to ever touch a ball or compete at the highest levels. Basketball legends Michael Jordan and LeBron James have exclusive contracts with the company despite UD losing a deal for NBA trading cards to Panini several years ago. Even standout ROY NBA player Ben Simmons is on the Upper Deck roster despite the overall shift with cards to Panini. The most well-known golfer in the world, Tiger Woods, also has a deal with UD. This means Upper Deck still has plenty of game left in the tank-even if they aren’t producing cards on a mass level like they once did. 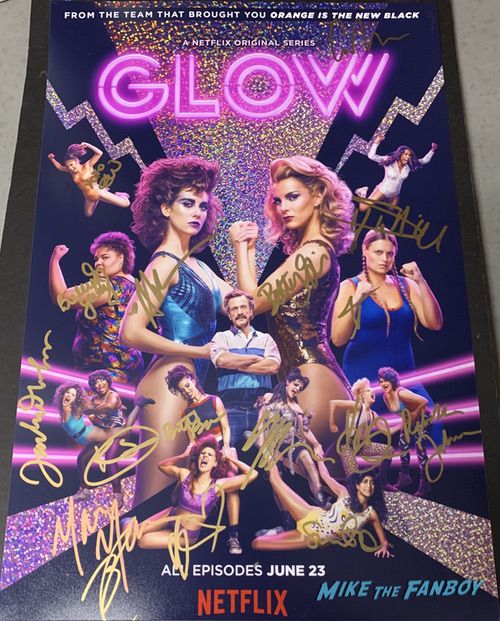 THE FIRST ROUND OF GEEK’D CON CELEBRITY PRICES IN HERE

Geek’d Con returns to the Shreveport Convention Center August 16th, 17th, and 18th for our 5th weekend of geek fun in downtown Shreveport.This year’s guest list is incredible. You can find details on this year’s guests below, including autograph and picture prices (remember most guests will only be able to take cash at their tables). All prices are subject to change without prior notice.

As you may know, Cody Bellinger is my guy. When he hits a bomb – I write about it.
And so, when Dodgers Nation makes the trek to Spring Training later on this week; I set out to get his autograph. One of those days in the sun, I will wake up with the hopes and dreams of my nine-year old self. Then I will head to the park with my ballpoint blue pen and pearl and hope for the best.

I plan to document my hunt for the prize right here, for all of you.

Graded BGS 9, the Championship Ticket is the lone parallel version of Brady’s top Rookie Card. It has just 100 total copies with this one numbered 041/100. For a 9, the subgrades are strong, including a 10 for Centering. Edges, Corners and Surface are all 9. The autograph subgrade is 10.

Suns’ Josh Jackson fined $20,000 after no show at autograph signing

The second-year forward was supposed to sign autographs at the Fry’s grocery store on 20th Street and Camelback between 6:30-7:30 p.m. but never showed up.

“Selfies are the new autographs” and Steven Galanis (CEO of Cameo) is capitalizing on that. Steve Grzanich and Steve discussed the breakdown of how the Cameo app is repackaging the autograph, by providing consumers with the option to buy personalized video shout outs from celebrities, how they overcome adversity, and their growth path. Jon Jesse (Vice President of Industry Development at the International Home and Housewares Association) then looked ahead to next week (March 2nd-5th) to preview the 2019 International Home + Houseware Show coming to the McCormick Place.