John Travolta Recalls Fans Breaking Into His House: ‘I Was Scared the First Time’

Nobody can accuse John Travolta of not being gracious to his fans, whether it’s an autograph, a selfie or, you know, a home invasion or two.“I’ve only had two people that actually invaded my house,” Travolta told Variety at the premiere of “The Fanatic” at the Egyptian Theater on Thursday night. “They were just people that wanted to meet me.” At least these encounters provided the veteran actor with insight into the celebrity stalker he portrays in his new movie. “I was scared the first time,” he admitted of his unexpected guest. “The second time there was such a gentle presence that came to the family dinner that I was just like: ‘Who are you? What are you doing here?’ But I’ve never had a problem with fans,” he added. 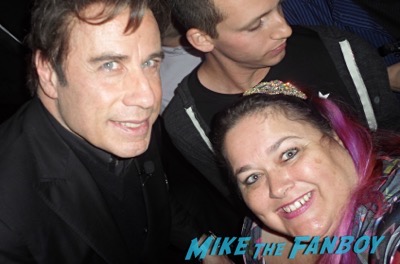 Fans of The Avengers, Harry Potter and Star Trek series will be excited for the Keystone Comic Con. The Philadelphia-based convention kicks off Aug. 23 and promises three days of pop culture glory, from panels to cosplay opportunities to autograph signings with celebrities. This year there are an abundance of famous faces coming to the con, including Spider-Man himself — Tom Holland. 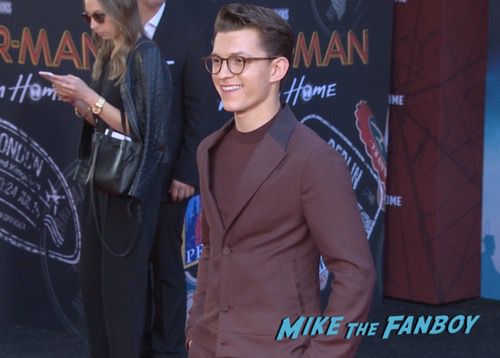 Kellen Wilson had long looked up to Aaron Judge, and on Tuesday, he got a chance to do it in person to the 6-foot-7 slugger.The Yankees outfielder, ahead of Tuesday’s game against the Athletics in Oakland, made a point to seek out Wilson, giving him a handshake, a photo and an autograph on the child’s Judge jersey.

Hopefully this is the best thing Aaron Judge does on the field tonight… he just made a young Fresno State fan’s day 👏 pic.twitter.com/w3urEQOt82

Mick Foley on Being Asked for an Autograph at Weird Spot

Michigan State fans were able to get up close and personal with their favorite football players Monday evening at Spartan Stadium.The team held their 17th annual “Meet the Spartans” event, which was free for fans.Fans were able to have their favorite MSU memorabilia autographed, or a free poster dedicated to the upcoming season.

Former LSU Tigers safety Jamal Adams stayed until the end of the New York Jets’ practice on Sunday night at MetLife Stadium, signing autographs and taking pictures with fans all the way until the end of the evening, which you can watch above. After the practice, he said he’s seeing his team get better.

The Pittsburg State Football team took time away from the playing field to interact with fans at the Plaster Center Saturday afternoon.The Gorillas held their autograph day. People lined up along the track to get their 2019 PSU Football posters signed by the Gorillas players.

First, another familiar face from Amazon’s hit new series The Boys has been announced. Antony Starr, who portrays Homelander, will be joining previously announced guests Karl Urban and Jack Quaid. Starr is scheduled to be there both Saturday and Sunday, and his autograph and photo op prices can be found here.

William Shatner, best known for his portrayal of Captain Kirk in the “Star Trek” television series and movies, will be coming to El Paso Comic Con in 2020.El Paso Comic Con made the announcement this week and also announced a number of the English voice actors from the “My Hero Academia” series, including Jason Liebrecht, Amber Lee Connors, Kyle Phillps and Chris Wehkamp, will be in attendance. 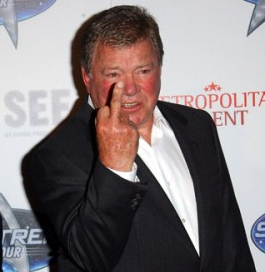 Fans endure the heat for a chance at an autograph

I recently ventured into the heart of Houston to attend Texans training camp and got to witness a pretty cool part of sports.Our sales rep Patricia Catano gracefully invited me to tag along after she won tickets to last Wednesday’s practice and although we weren’t there early enough to secure a seat in general admission, we enjoyed the festivities going on just outside the field.