I think everyone has the Olympics on their minds! The photo of Katie Ledecky meeting Michael Phelps when she was nine is just adorable.

There’s some sad news as we all say goodbye to Star Wars star Kenny Baker.

Check out all the Fanboy News below!

Geddy Lee, avid autograph collector, travels to Miami to get signatures from Ichiro and Bonds

A rock icon met up with some baseball legends on Friday afternoon at Marlins Park.Geddy Lee, lead singer from the group Rush, made a trip to Miami with the purpose of securing some autographs.Lee, 63, is a native of Toronto and he’s a lifelong baseball fan, as well as a collector. The Rush front man was on a mission to get a couple of autographs, and he secured the signatures of Ichiro Suzuki and hitting coach Barry Bonds. 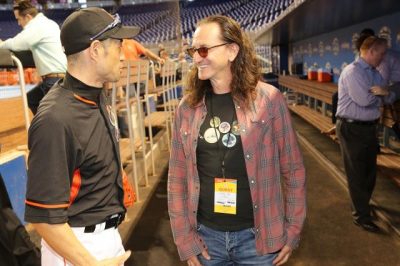 There was a time when Katie Ledecky wasn’t winning gold medals. But in that time, she was looking up to other swimming legends – with no idea that she’d someday become one of them.ESPN’s Darren Rovell shared this photo of Ledecky posing for a picture with Michael Phelps as the 9-year-old got his autograph: 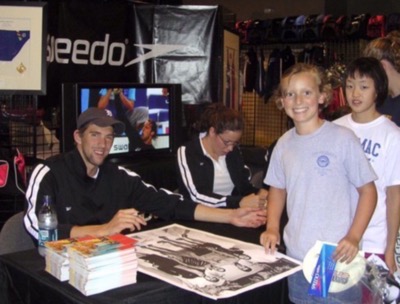 Nominee: Table-tennis autograph wrangler.Where to find her: Riocentro Pavilion 3, the Rio Games’ table tennis center.Job requirements: Get victorious players to autograph their victorious table-tennis balls. Encourage those players to toss those balls into the crowd. Own a pen.

Bruce Gajewski of Weston was front and center when Brett Favre and the rest of this year’s class took part in an autograph session Sunday.Favre received lots of compliments on his speech Saturday night. One of the high points came after talking about his relationship with his dad and his message to all dads out there.

An autograph by the Bletchley Park code-breaker Alan Turing has sold for £2,700 to an American bidder.Turing cracked the German Enigma code for the Allies helping to end the Second World War.The autograph dates from 1931 when he signed a visitor’s book at a school in Leeds.Such artefacts are rare as Turing died at the age of 41. 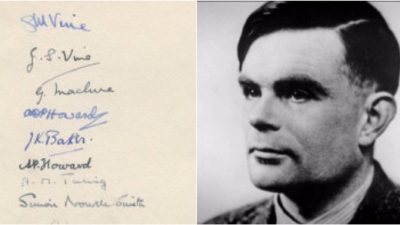 To an extent, it makes sense that some people don’t like Sidney Crosby.Most obviously, he’s a great player who’s helped the Pittsburgh Penguins beat plenty of peoples’ favorite teams.Beyond that, Crosby is a competitor, and sometimes the drive to win brings out an edge that rubs people the wrong way. (Just ask Claude Giroux.)

Hats off to Sidney Crosby. This is awesome! pic.twitter.com/Pyl5kBUVR1

Kenny Baker, the British actor who gave life to the droid R2-D2 in the “Star Wars” films, has died at the age of 81, according to his niece, Abigail Shield.Baker was being looked after by Shield’s brother, who found him Saturday morning. Shield said Baker was ill for years with a lung condition.She also said her uncle — who was 3 feet, 8 inches tall — did not expect to “live past his teenage years because he was a ‘little person,’ so it is pretty amazing he lived this long.” 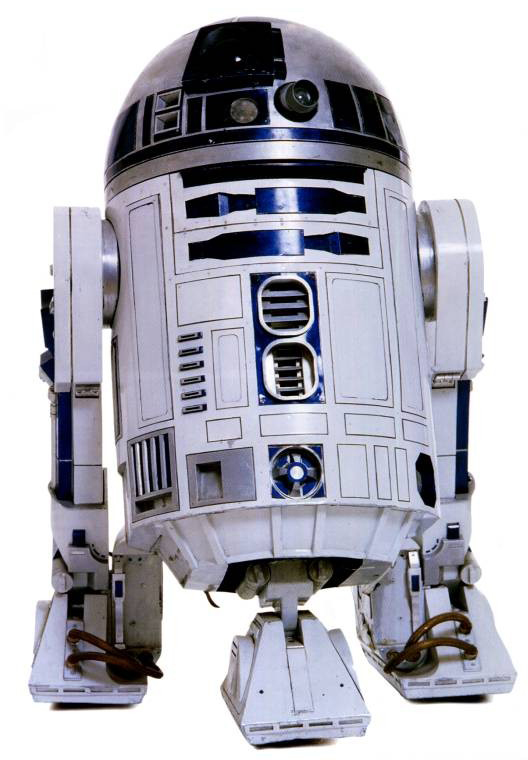