Home / Fanboy News From Around The World / Fanboy News! Michael B. Jordan Meets Up With Fans From Insta! David Tennant Asked For Autograph In The Shower? How Much $$ Do WWE Stars Make At Conventions?

Some awesome stuff this week. Michael B. Jordan meets up with some fans from Insta, David Tennant gets asked for an autograph where? WWK stars tanking in the cas

Michael B. Jordan Met A Fan Who Contacted Him In A Surprisingly Normal Way

Further proving the theory that all superheroes don’t wear capes, a fan slid in to Michael B. Jordan’s DMs and got a chance to meet the actor. The courageous woman, whose name is Sylvia, is a 21-year-old junior at Temple University and heard that the Black Panther star was in Philadelphia filming on her school’s campus. Deciding to shoot her shot on Instagram, Sylvia sent Jordan a private message, offering to buy the actor a smoothie. Sharing tidbits about the moment with BuzzFeed, Sylvia explained: “It was hot, and I didn’t think it’d be appropriate to ask to buy him a drink, so I opted for a smoothie.” 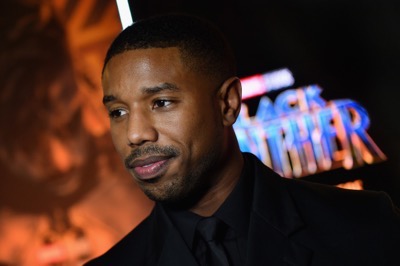 David Tennant revealed how far certain members of the Doctor Who fandom are willing to go to get a souvenir of the star, revealing that a fan once asked him for his autograph while he was in the shower at the gym.

Autograph sessions with fans have become a lucrative business for retired WWE stars, with icons like Ric Flair charging as much as $15,000 for a two-hour signing event and $20,000 for three hours, according to the Wrestling Observer Newsletter. 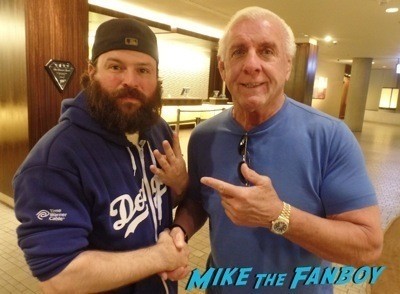 However, a TIME magazine cover featuring Jobs and the signature he loathed giving out is kind of a bargain at a penny shy of $20,000.The seller, Press Pass Collectibles, has even dropped the advertised price on eBay for the signed cover from Feb. 15, 1982, showing a young, mustachioed Jobs with the headline, “America’s Risk Takers.” It was Jobs’ first TIME cover, which made him the first public face of the personal computing era.

The 186-page catalog features the collection of Charles Evers, a New York native who hunted autographs from the 1940s through the early 2000s. Evers began going to Baseball Hall of Fame induction weekend as a child in the 1940s and also obtained signed items from long-age baseball greats through his many travels. Among the lots in the auction is a rare Christy Mathewson cut signature, a Babe Ruth cut from a 1943 NBC radio promotional event and several single-signed baseballs including one from Ed Walsh and another from Jackie Robinson. Other items from the Evers collection will be offered in future Huggins and Scott catalogs.

An autograph reveals the personality of the writer better than any handwriting as it is repeated thousands of times. Nearly impossible to copy for others, an autograph is typically the first subject of scrutiny when analyzing the authenticity of documents, paintings or calligraphies.

Capt. James T. Kirk was back Friday on the bridge of the Starship Enterprise. It felt like home.

William Shatner, the actor who portrayed the swashbuckling space traveler on “Star Trek,” said it felt like home in that way it does when you return to the house you grew up in – maybe bigger, maybe smaller than you remember, but incredibly familiar.

Ariana Grande recently appeared on “The Tonight Show Starring Jimmy Fallon” to talk about her new album, perform her latest single, show up Fallon in the musical genre challenge and even surprise her fans.

Apparently, a group of fans were called in to sing a song of Grande’s for a fan video, but little did they know that they were about to get the surprise of a lifetime! Grande and Fallon stepped in to say hello to each of the fans, and their reactions are truly priceless.