So much random stuff! From all of us here at MTF, our hearts go out to the family and fans of Taylor Hawkins. We’re all so terribly sad and heartbroken at the news of his passing.

2022 Oscars: All about the controversies, co-hosts, shrinking ratings, protests and predictions in every category

First, there were the COVID protocols. On Feb. 9, The Hollywood Reporter raised some ire with its story that the Academy would not require vaccinations for its guests, going against the tide of every other major awards show in town. A week later, the Academy modified its stance, revealing vaccinations would be required for nominees and guests, but not performers and presenters (most of whom still sit in the crowd, by the way), which makes even less sense than a general “no vaccinations required” policy. (The protocols were tightened slightly again this week after an uptick in cases around last week’s BAFTA Awards.) 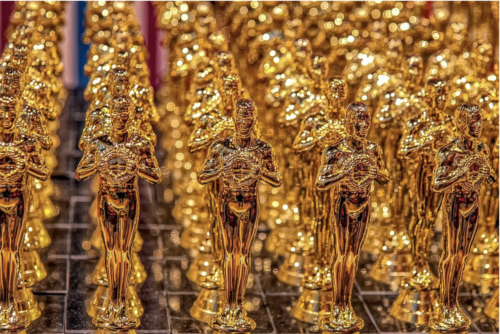 The shocking news of Taylor Hawkins’ death is just beginning to reverberate around the world, and little is known beyond what the Foo Fighters released in their public statement. “Our hearts go out to his wife, children and family,” they wrote, “and we ask that their privacy by treated with the utmost respect in this unimaginably difficult time.”

The “Slow Down Summer” singer took to TikTok to admit that he’s “still sore” from signing autographs while doing planks — with one arm. Rhett shimmies across the floor as he signs one autograph after another, figuring he “might as well get a workout in,” and muttering, “oh, I’m out of shape” in the video.

I’m still sore from this.

Some artists will broker deals with autograph hounds, accepting some loose cash in exchange for signing photos or pieces of vinyl. Ted Nugent got into an interesting back-and-forth outside an airport, refusing to sign five autographs for $200, offering $200 for three instead. When another hound said, “Four albums for $20,” Nugent immediately replied, “You are a c—ksucker.”

Golf star Brooks Koepka used a famous line from “Tin Cup” to shut down a group of autograph seekers at an event in Texas on Wednesday — and his channeling of David Simms was pretty spot-on.TMZ Sports has learned the 31-year-old was out on the course for his opening round at the WGC-Dell Technologies Match Play event in Austin, Texas … when a group of people asked for his John Hancock.

WWE legend Terry Funk admits he is an ‘old man’ and ‘tired’ in the desperate plea to fans to stop sending pictures for him to sign.