Fanboy News this week is a little cray.

So stunned to hear about the incident at Phoenix Comic Con. I’m glad everyone is safe and please remember when con-going, the buddy system works. Make sure you have a friend and we watchful of everything around you.

Gunman at Phoenix Comicon, Claiming To Be The Punisher, Targeted Jason David Frank

A man was arrested Thursday for sneaking into Phoenix Comicon with a collection of guns and other weapons, saying he wanted to hurt law enforcement. More details have since emerged that paint a disturbing picture about the incident, including a vendetta against one of the Power Rangers.

Front row fans are always eager to throw something up on stage for an autograph. Country superstar Keith Urban is no stranger to these requests, much like any other celebrity. He stopped by BBC America’s “The Graham Norton Show” on May 19th to share one of his most memorable andg strange fan requests.

In a galaxy far, far away, Luke Skywalker is the ultimate hero (or is he?), but here’s a note to state lawmakers in this galaxy: maybe don’t trust him to make policy for you.California is learning that the hard way, as a new law championed by Star Wars actor Mark Hamill has landed the state in court. In that lawsuit, the owners of a California-based book store argue that new rules governing the sale of autographed memorabilia—like books signed by authors at events hosted by their store and scores of others around the state—are overly burdensome, threaten harsh punishments for minor infractions, and above all else are poorly written.

THERE’S a reason so many citizens are skeptical of politicians’ promises that government can solve societal woes. Even when politicians try to address simple problems, their “solutions” can prove both ineffective and counterproductive.This is proving true once again in California, where lawmakers decided a government response was required to keep people from selling items with fraudulent celebrity autographs.Unlike some government programs, in this instance lawmakers actually targeted a problem that truly exists. Actor Mark Hamill of “Star Wars” fame, in particular, has highlighted this issue. Via Twitter, Hamill will even let fans know if his signature on an item is real or forged. He has estimated that 50 percent to 90 percent of the time, the signature is a forgery. 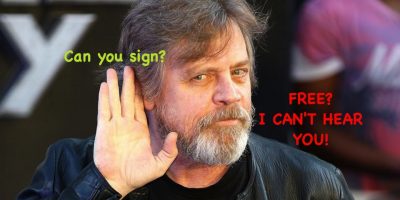 “The weirdest thing I’ve ever been asked to sign is the inside of a dude’s mouth,” West said. “Yeah, he was planning on getting tattoos. And I was like, ‘Dude I’m not doing that.'”

This week we lost a film icon as Roger Moore became the first actor to play James Bond to pass away. While many of us will only know him from his films, one man has shared a remarkable story about meeting Roger Moore in person, twice. Following the death of Roger Moore, Marc Haynes from London related a heartwarming story about the time he got James Bond’s autograph. Apparently, he saw Roger Moore in an airport as a child and was very confused when the actor signed the paper with a name other than James Bond. 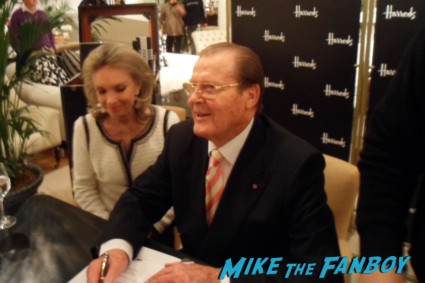 Max Scherzer is not the kind of person who accepts the status quo without analyzing it first. He has theories about everything, from how to optimize a March Madness bracket to how to learn a new pitch, to how to attack a lineup once, twice or three times through.

When Scherzer thought about his experiences with autograph seekers over the years, he saw flaws in the system. The adult fans hawking autographs to sell online bugged him. The parents using kids as a front to do the same rubbed him the wrong way.