This week, some fun things a dog ate an autograph and a child reacts to meeting Tiger Woods!
Check it out below!

Tiger Woods took a share of the lead at the Valspar Championship Friday with his round of 68.His vintage Tiger performance only served to ignite a massive crowd that was firmly in Tiger’s back pocket long before he finished his round.

An autograph from @TigerWoods?

Every pro sports star has signed tons and tons of autographs for fans, but some of them have signed stranger things than others. Texans star J.J. Watt’s weirdest autograph story is bizarre, but it’s also bizarrely heartwarming.

Tracy Trussell of the British Institute of Graphologists has looked at Trump’s signatures and said that the way he writes indicates a lot of characteristics about Trump.

A Childhood Hobby Matures Into a World-Class Collection

A Brazilian boy’s passion for collecting autographs, ignited almost 50 years ago, has blossomed into one of this year’s most unusual and enchanting exhibitions, “The Magic of Handwriting: The Pedro Corrêa do Lago Collection,” at the Morgan Library & Museum in Manhattan.

A dad-of-three lost two celebrity autographs after his dog ripped them up when the postman put them through the letter box rather than asking for a signature.Bryan Garner, 38, of Sutton-in-Ashfield, was expecting the delivery of a “rare” signed autograph from famous Superman actor Christopher Reeve. 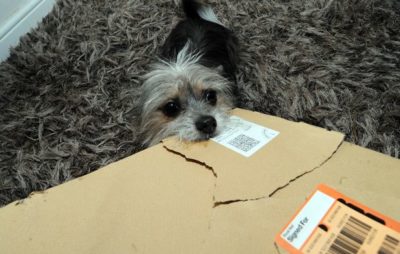 A letter from Mahatma Gandhi in which he called Jesus “one of the great teachers of mankind” has been sold to a collector for $50,000, according to the Pennsylvania-based Raab Collection .

On the way to the range before his final round, Mickelson displayed one of the many reasons he’s so beloved by the fans, who are already out in full force at Club de Golf Chapultepec. Many of them appeared to be clamoring for Mickelson’s autograph, and Golf Channel cameras picked up this awesome exchange of Lefty telling them he will sign after the round — in Spanish. Check it out:

People in NASCAR are constantly looking for innovative and fun ways to interact with their fans and pull newcomers into the sport – partially because NASCAR’s growth is stagnant.

Even though Landon Cassill doesn’t actually have a ride for the 2018 Cup Series season – he competed at the sport’s top level from 2010 to 2017 – he’s found a brilliant way to stay in touch with his fan base.

BIGGIE’S AUTOGRAPH AND MUGSHOT SELLS FOR $36K AT AUCTION

When The Lox dropped “We’ll Always Love Big Poppa,” the world should have known (that despite his untimely demise) rap’s favorite son would not be removed from our psyche. Biggie just was the industry’s fave.

However before the Versace glasses and silk shirts, The Notorious B.I.G. was in the streets hustling.

Demi Lovato has reportedly been sober for more than five years now, but she was nearly driven to a relapse at the Met Gala 2016 after one celeb made her experience a living nightmare. In a new interview with Billboard, Lovato revealed that some A-list “b***h” was so terrible to be around that she immediately ditched fashion’s biggest night and went to an AA (Alcohol’s Anonymous) meeting. Now, fans have reason to believe that “mean girl” was Nicki Minaj.