Home / Fanboy News From Around The World / Fanboy News! Will Smith’s Autograph Over The Years! Odell Beckham Jr Stops To Sign Fans License Plate! Baker Mayfield Refuses To Leave Field Until All Soldier’s Get Something Signed!

Will Smith talks about his autograph over the years, Odell Beckham Jr. stops to sign a fan’s license plate and more!

If you ask ‘Better Call Saul’s’ Giancarlo Esposito for a selfie, be prepared to take two

“It’s that [look of] quiet menace, and everyone would like that for their selfie,” Esposito said during a recent video interview at The Times’ studio. “So I wind up doing two selfies instead because I want them to [get Gus and to] feel me and my energy.” 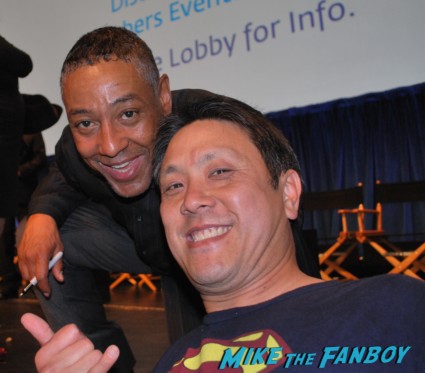 Will Smith Talks About His Autograph Over The Years!

This is my Signature Move! 📹: @westbrook

The 26-year-old wide receiver pulled over his car over the weekend while driving in the Cleveland area to sign a fan’s license plate. The fan saw Odell with his crew driving on the highway and told him that she had his name on the license plate of their car.

‘You’re in the danger zone’: Inside the push for Patrick Mahomes’ autograph

The time is 11:03 a.m. when the scheming-est chunk of what must be the biggest Wednesday crowd in Chiefs training camp history starts a purposeful chant:

Baker Mayfield was not about to leave a group of soldiers hanging. When the Cleveland Browns finished a practice this week, the star quarterback decided to stay on the field until every soldier got an autograph. The soldiers were very appreciative of the former Heisman Trophy winner for staying and he even took time to take selfies with them.

Browns were called off the field but Baker wouldn’t leave until he took a photo and signed autographs for every soldier who wanted one.

Today, Radcliffe boasts a successful stage and screen career as an adult — a rarity among many child stars, for the shell-shock tied to childhood fame and the associated Hollywood lifestyle often leads to a downward spiral. During an interview with The Off Camera Show, Radcliffe discussed Harry Potter and revealed what it was like coming into fame at such a young age. The actor also discussed how he developed what he coined a “pathological need” to sign autographs. 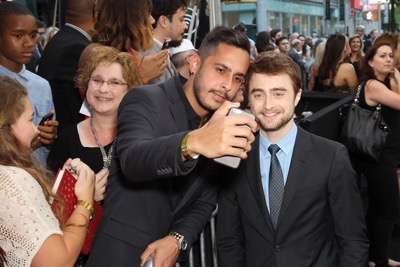 Join the Graphcast crew tonight as they talk about some breaking Star Wars autograph news – the cancelation of the first-ever Marcia Lucas signing, and the shocking reason behind the cancellation of the signing.