I’m sure most reading this don’t remember teen idol Bobby Sherman (hey— it IS “Forever Ago Fangirl Friday, for heavens sakes!) but trust me when I say he was the fave rave of 1969 and 1970, surpassed as Tiger Beat cover boy only by David Cassidy after the debut of “The Partridge Family “ (on which Bobby Sherman had a stellar guest star spot which served as pilots for a 1971 spin-off series, “Getting Together.”)

Bobby started as a singer on ‘60s TV dance party “Shindig”, and rose to fame in 1969 as a boyishly handsome, stuttering lumberjack on “Here Come the Brides” ( sort of sideways interpretation of “Seven Brides for Seven Brothers” that ran for 2 years on ABC). Subsequently, he began recording music, and had 3 million-selling singles in a row, all of which ended up pressed and preserved on the back of Kellogg’s Raisin Bran as premium cut-out records.

When I was working at a reissue record label in the late ‘80s, having never recovered from my crush on Bobby, I pitched a greatest Hits cd, which not only got approved, but I ultimately got to write liner notes for and design the packaging, which included several items from my extensive stash Bobby Sherman collectibles. 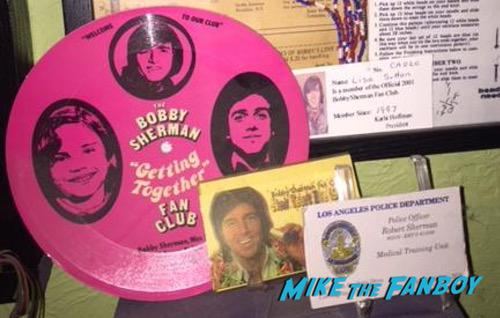 This all led to a fan-girl dream meeting with my idol. I had heard he had a terrific memory, and this turned out to be true when I ran into him a couple of times in later years, and he always knew me by name without missing a beat, proving fan girl dreams do come true…. *sigh* 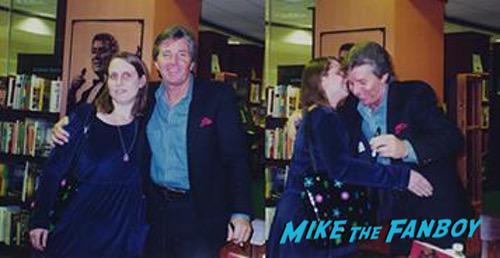 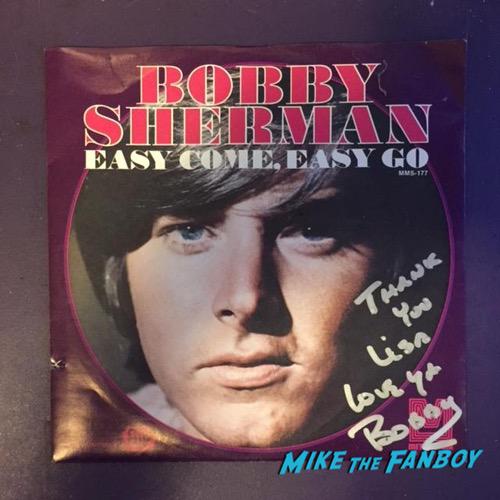