I was sad to hear about the passing the week of Georgia Engel. For me and everyone who was around forever ago, she will always be Georgette from the “Mary Tyler Moore Show.”. I had the privilege of meeting her once at a tribute to Betty White at the TV Academy more than a dozen years ago . It was a fantastic event , where all of the surviving members of the cast are there on a panel recognizing the career of Betty while also discussing their classic TV show.

I brought my season 4 DVD box set along with me, as that was the only season with all the cast members (Valerie Harper left to do “Rhoda,” Chloris Leachman left to do “Phyllis” and Georgia joined the cast as a regular that year.) A combination of luck and stealthy positioning, I was able to get to all of the cast members as well as show runner Alan Burns. I went for Mary first, and she signed near the bottom. She was pretty frail at that point, as evidenced in the wobbly signature. There weren’t easy photo ops from the stage, but when Cloris leaned down to sign my box, I asked my friend to take a picture while she was signing. What I got was not a picture of me standing by her singing, but a close up of her hands signing the box. Oh well.

Betty had left the stage quickly, but fortune smiled on me as she came to the after-reception for a couple minutes. Even though she was in a private area, she came over to where I was standing and signed my box set as well as doing one other signature for another person there as she left.

A few years later, I was also honored by a certain Fan Boy who got me an additional signature from Betty White on a Golden Girls Pop. Love is all around, and thank you for being a friend! 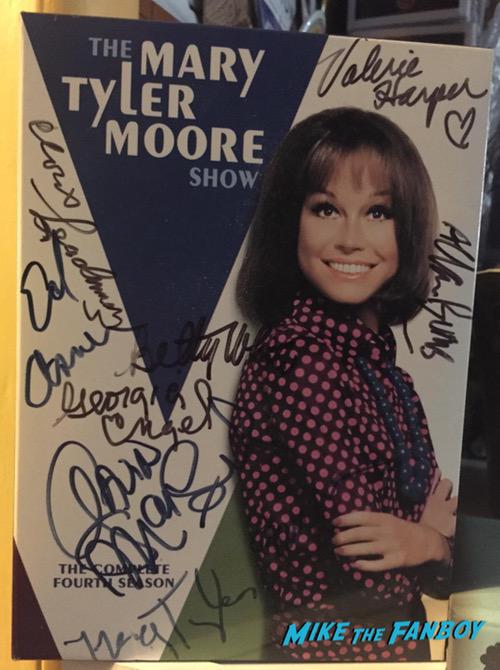 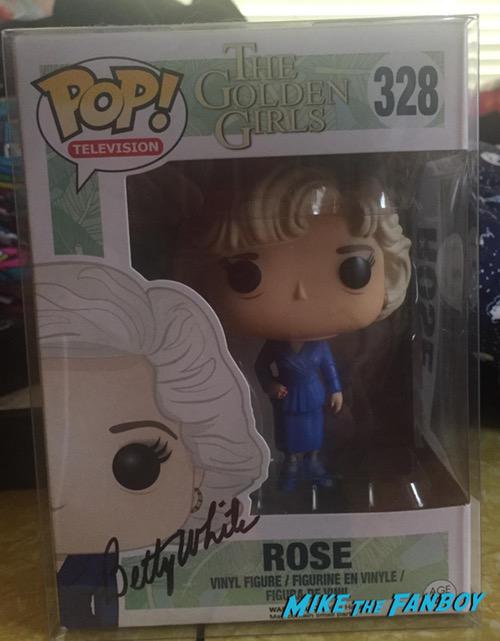