Once upon a time, the Fifth Dimension was one of the hottest groups in the US. In later years, I heard them referred to as “the black Partridge Family” which may seem like an insult to some, but to me means they had top-notch production, angel harmonies and a groovy on-camera look.
Several years ago, I was at a charity event that offered several items for auction, including a chance at a lunch date for two with Marilyn McCoo and Billy Davis Jr, the back-bone of the Fifth Dimension. A friend and I decided to “split” the cost and made a small, but adequate bid that we were surprised to discover won us the lunch date with these two musical luminaries.  We met the pair at a private restaurant at the top of a high-rise in downtown Los Angeles with a view reminiscent of floating above the clouds (in a beautiful balloon). Marilyn and Billy couldn’t have been nicer. After well over an hour of conversation and fabulous food, I had them sign a few CDs which had just been released (and are now long out of print).
That experience was forever ago, and in a time where I didn’t cary a camera everywhere, so I stupidly missed the opportunity on that day. 10 years later, I went to see them concert at the Catalina Club in Hollywood, with the same friend from the lunch date. After a marvelously entertaining show featuring most of their top hits, they came out to the club floor to greet fans. When my friend and I approached them, Marilyn and Billy remembered us and the experience we’d had so many years before. I was finally able to get a photo with the pair, putting a nice bookend on the experience. 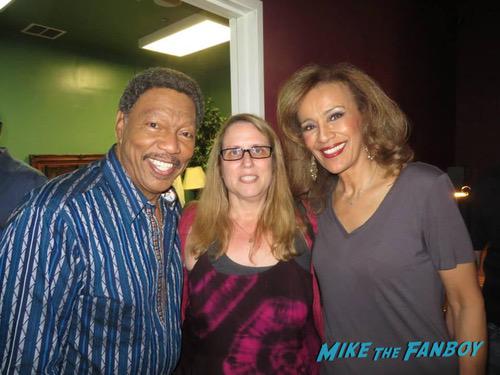 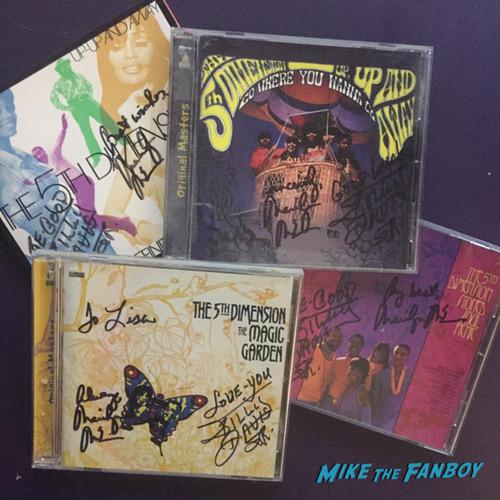