One of the great things about working on a TV talk show, is getting to meet random celebrities that you’d never expect to run into.  Over a decade ago, I was working on a daytime celebrity-driven program, and had the pleasure of meeting Peter Graves. Graves may was best known for playing Jim Phelps on the original 1967-73 TV series “MIssion: Impossible” long before Tom Cruise took over the Impossible Fore and took it to the big screen. I imagine more may remember Graves for his role as Captain Clarence Oveur in the classic comedy “Airplaine!,” where he uttered the famously hilarious line:  “have you ever seen a grown man naked?”

Graves was a very nice man, and had a great sense of humor about his place in pop culture history.  I didn’t often get photos with the show guests back then (we had a no harassment policy on set), but Mr Graves was so friendly, I couldn’t resist getting a quick snapshot (with no flash, so as not to alert the stage manager that I was breaking the rules). 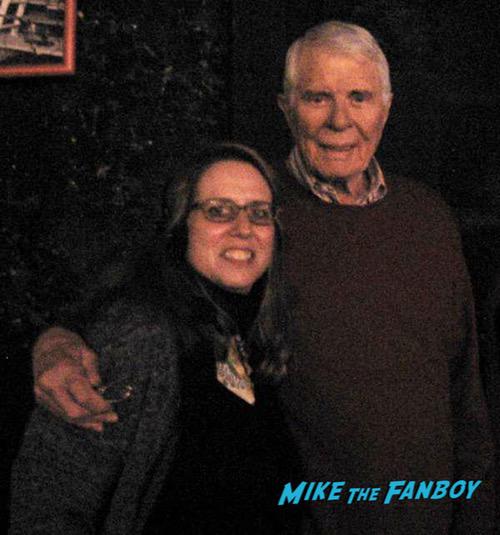 I also kept a signed polaroid we took as a make-up test shot the day of the taping back in 2008. 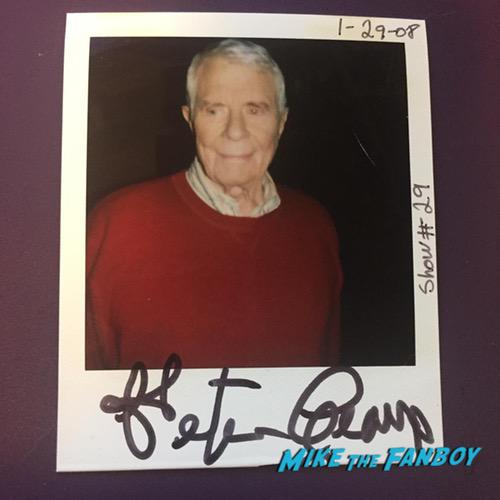