Elisa always has the most fun adventures! Seriously!

The Video Music Awards were in New York this year and it was prime opportunity for Elisa to head out and do some twerking with a giant foam finger. Sadly, someone else had the same idea and stole Elisa’s thunder! Doh! Foiled again!

What’s a fangirl to do? Head out on the town!

Check out Elisa’s full recap below!

The VMAs were back in New York this year. I’ll admit, I originally wasn’t all that excited until I realized just how many cool people would show. A friend said the last time they were here, he made out well with meeting people so I was hopeful. Needless to say, it was NOT like that. We barely met anyone and I don’t think my friends got anyone they really needed/wanted. I, however, did! I was able to meet all of the cast of Awkward. that came in for the ceremony! Sooo awesome. I LOVE that show! 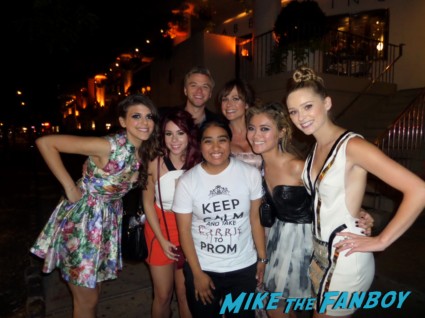 Was also able to grab a photo with Divergent’s Miles Teller who is always so great with fans! 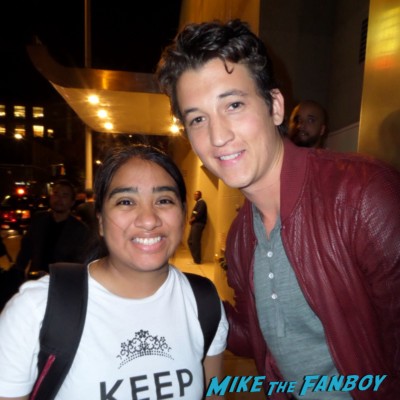 And last but definitely not least, I had started an Inside Llewyn Davis piece a few days earlier so my main goal was to get Mr. Justin Timberlake, who was being honored at the VMAs and kicked ass with his performance! (*NSYNC!!!) and somehow, in the MOB of people, he managed to sign for me! My theory is because it was something different. But seriously, if you know me at all, you know how much I can’t wait for this movie. I <3 Oscar Isaac so much. I'm even going to the benefit concert their putting on (one that Mr Timberlake is not attending, hence my need to get him prior)! 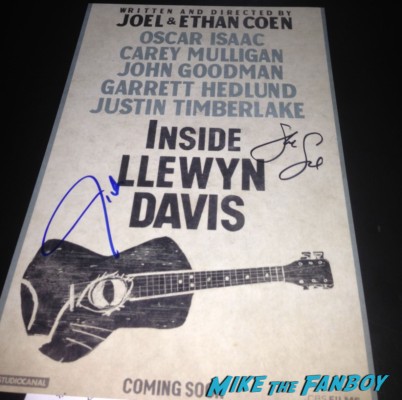 Any who, the night wasn’t as grand as I wanted it to be but I was happy!