Home / NEWS • Walk Of Fame / Fans Remember Joan Rivers With Flowers On Her Walk Of Fame Star In The Heart Of Hollywood!

So many classic Hollywood icons have left us in recent months. It’s just been very hard on all of us I think.

As you more than likely heard, legendary comedian Joan Rivers passed away this week. So many people have written about what her work means to them and what an inspiration she was, especially for female comedians. She paved a lot of roads for some of todays biggest stars.

I was in Hollywood today and I happened to pass by Joan Rivers star on the Hollywood Walk of Fame. Now, if you don’t know, it’s a tradition in Hollywood to place small gifts and flowers on a star when a celebrity passes away. 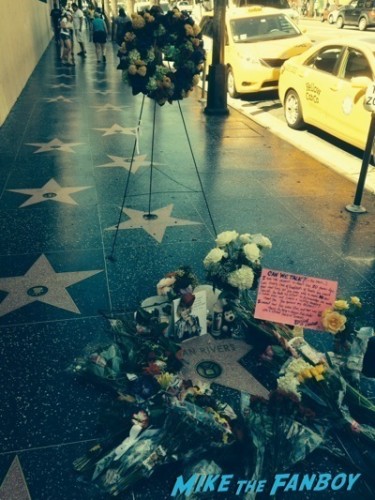 Joan Rivers star was no exception. It was adorned with wreaths, candles, notes, and small bears.

I just wanted to share the photos I took today, it’s such a nice reminder of what Joan Rivers meant to people. 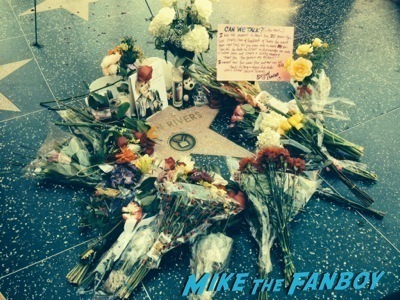 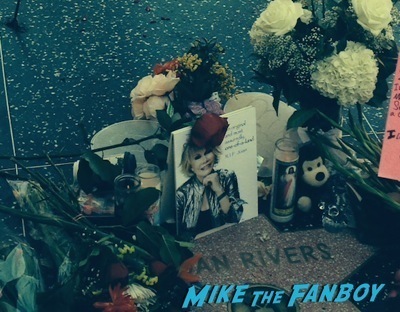 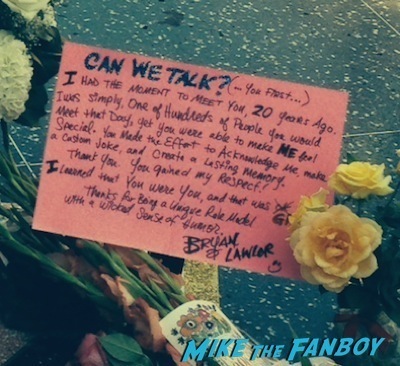