Welcome back to another installment of Comics Smash! Or… Let’s Get Graphic Or… New comics Rundown? Hmmm… Okay, we’re still working it out. We got some fun suggestions which I appreciate, but we’re still deciding…

In the meantime… Jim headed down to Fantastic Fest and had an amazing time. Meeting both Bill and Ted! Alex Winter and Keanu Reeves! Say Wha? He also spent time with Ethan Embry (Vegas Vacation!!) and David Koechner.

Hello Comic Book loyalists, how’s your week been? Mine was Awesome! I was in Austin, TX for work and happened upon Fantastic Fest. 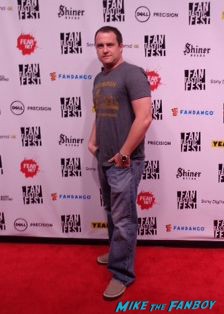 This is a movie festival that celebrates everything that’s awesome about Horror & Sci-fi. I knew there were going to be some actors there so I brought a few things in case I would be able to get some autographs, what i didn’t know was how accessible everyone would be and how much fun i would have.

The first person i met and had a brief conversation with was Harry Knowles of the Ain’t It Cool website. 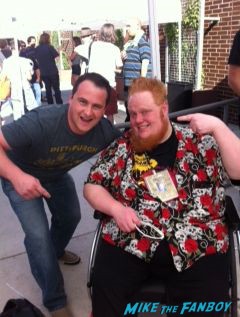 What a nice guy but guess who comes over to talk to him when I was done??? None other than Elijah Wood, now I really don’t like those Rings movies but I loved “Green Street Hooligans” and had a small poster for it. He was very happy to sign it and was super nice to the collectors who swarmed him minutes later. 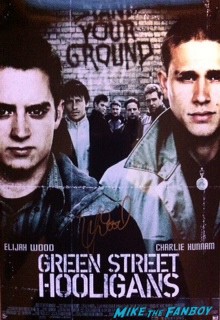 Next I ran into Ethan Embry and David Koechner, they were there to promote Cheap Thrills and were spending time with there fans, taking pictures and signing autographs 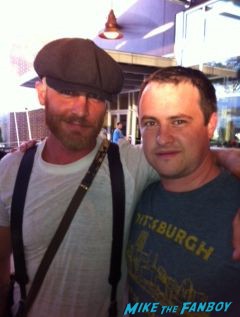 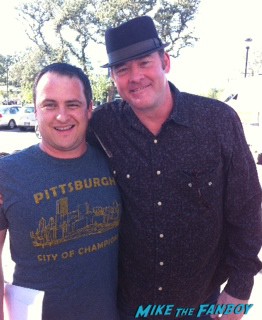 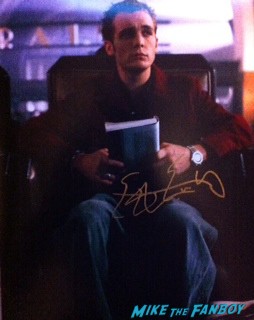 After that you could go to the bar with them and have a few beers while David entertained everyone with his shenanigans.

A little later in the day I ran into Bill S. Preston, esq. otherwise known as Alex Winter. 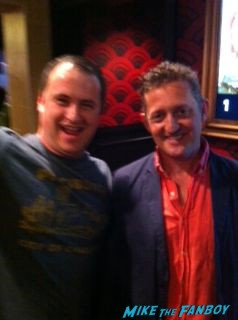 He was super nice taking a picture and signing autographs. He was there to promote his new movie but at this point in the day he was there to see his good pal Ted Theodore Logan, aka Keanu Reeves.

When Keanu Reeves showed up the place got crazy. 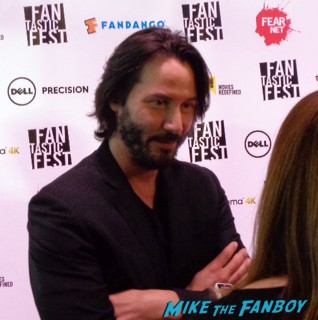 I was able to get a couple things signed, the other half of the Bill & Ted picture and a Matrix poster but no picture with him. 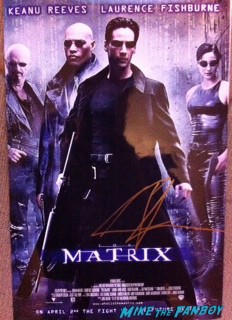 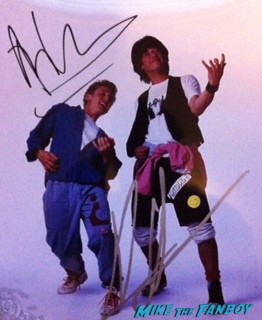 Now most people would be saying, Jim this is awesome and all but how does this tie into comic books? Well kids let me drop some comic book knowledge on you. Back in the ’90’s there was a comic called “The Invisibles” a little book put out by Vertigo and written by a guy named Grant Morrison. Now my friends and I, back then anyway, argued over whether the Matrix was a direct rip off of the Invisibles. There is most definitely some overlap, especially with the people being controlled by an outside alien force, but after the debacle that were the matrix sequels I think that argument was somewhat put to bed. So if you loved the first Matrix and you are looking for a good comic to pick up try The Invisibles. You wouldn’t be disappointed.

The one day I got to spend at Fantastic Fest was a blast, I got some stuff signed and then got to see Cheap Thrills. If you get a chance go online and watch the Fantastic Fest Cheap Thrills dares.  It was a crazy and the movie was really fun too. Now on to this weeks new books.

It was another big week for comics. I picked up 9 books, spent a small fortune and loved every second of it. The big books this week were Hunger by Marvel Comics. From everything I can tell regarding this book is that this is the way Marvel plans on consolidating the Ultimate Universe. The last few months seem to put Marvel Comics on a path towards a more streamlined comic book company that will soon better reflect the TV and movie aspect of the business. I think it’s a great idea, to have print, TV and movies all on the same page (no pun intended) would be a great way to entice new readers or additional viewers. I love it. 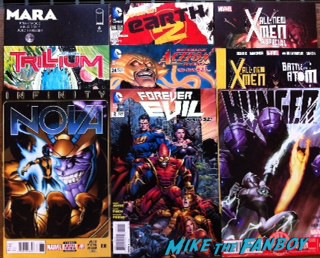 Next up is my pick of the week, Forever Evil 2. I love the fact that the villains are in charge and the heroes got the snot beat out of them, plus who doesn’t love the Crime Syndicate. However, we all know how this is going to end. The bad guys that are not evil enough for the Syndicate will rise up and work with the heroes to win the day. It’s a story that’s been told time and time again. For DC to be as successful as Marvel they’re going to have to steal a page out of their business model and do a little consolidating. Maybe in the long term the Crime Syndicate will do just that. 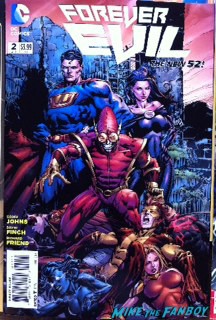 Well that’s it for this week now get out there and buy some comic books already!!!!