Fargo is one of the best shows on television. Who knew that a series based on a Coen Bros film could be so good? the best thing about the series is that it really carves it’s own path while staying true to the tone of the original film. 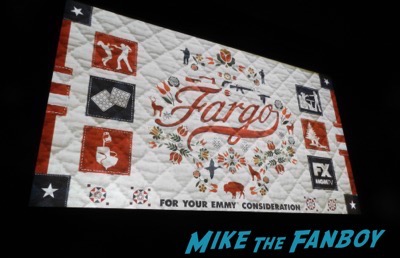 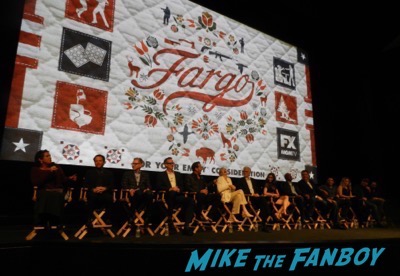 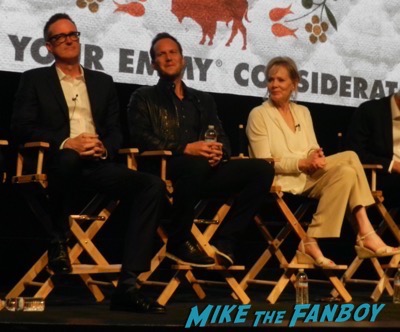 The cast talked about the accents used in the film.

“It’s the most fun accent, and I found it hard because I wanted to go full Hanna-Barbera!” exclaimed Cristin Milioti, “We were very conscious of making it more subtle and natural.” 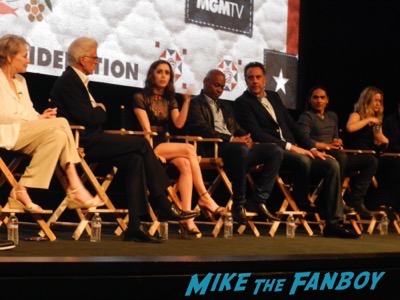 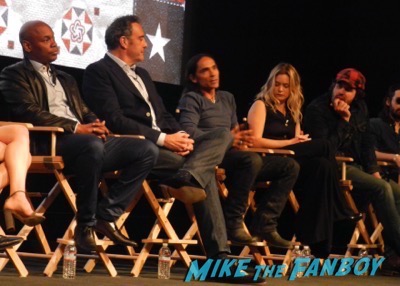 The cast talked about the different subplots in this film and how they interwove through the series.

“I was so blessed, it makes it hard to go on with other projects, I found out. My character was so well written that anybody who was awake and could remember their lines could run away with it!” said Bokeem Woodbine, “For me one of the things that helped me attempt to bring it to life was that in my real life I had a lot of surreal experiences.”

Bokeem responded, “I was watching the game with my friend and we each had a case of beer. He slipped and dropped his case of beer, which was a tragedy in and of itself, but I looked and he actually slipped on a banana peel. Surreal.”

“I think all of us as actors that we are allowed those pauses and moments, you never get that, even if you do it, they always get edited out!” Jean Smart mentioned, “The pauses are the most important and most effective moments in a play or anything and they are the first to go. That was such a luxury.” 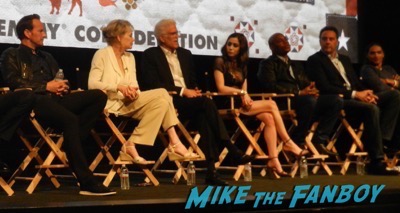 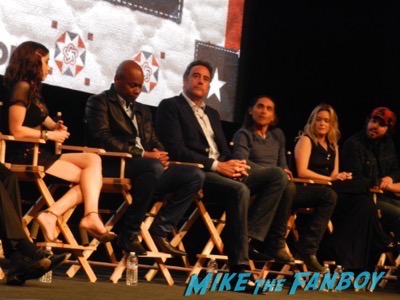 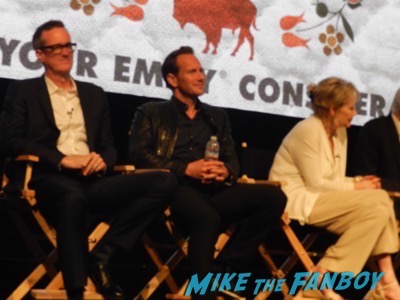 Everyone described Fargo as a 10-hour movie and not a series.

“I didn’t know what was going to happen until I got the next script and that’s what life is like.” said Cristin Milioti, “With film you would know, and that was really helpful we got to go through the experience as they would.”

“I would like to thank the financiers because I was supposed to be dead at the end of nine and they extended me to 10.” said Ten Danson.

“In my audition they said, that I would be the first to go.” said Brad Garrett. “After they saw it of course.”

At the end of the panel pretty much everyone stuck around. It was pretty incredible how nice everyone was.

Jean Smart was super lovely, I brought a Fargo season 2 mini poster I got from SDCC and a few extra things.

Jean stopped and signed and did photos.

We noticed Ted Danson was leaving fairly early and Ace and I were able to catch him really quick before he left. Ted signed my Fargo poster and my original Cheer script as well. That was pretty cool. 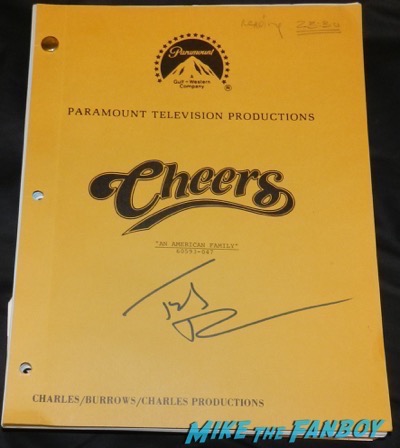 Then we spotted Patrick Wilson who is so nice. He signed my Conjuring Doll, the Fargo poster and my Conjuring mini poster as well. 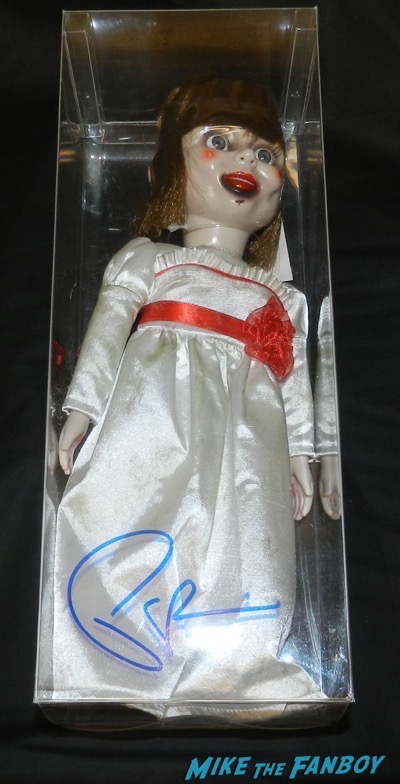 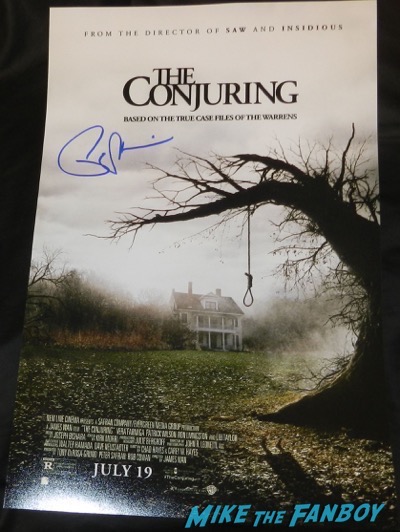 It was such a fun night, thanks again to my friend Mike and Ace for taking photos for me and it was great seeing Pinky and Keith as well as Wayne.

At the party it was pretty funny because the food was rather sparse and you just watched all the people chasing down small trays of crackers and sliders. The cater waiters were running from the hungry mob. It was literally like a scene out of the walking dead. People just hovered around the spot where the food was coming out. I said screw it, I’m going to Subway. 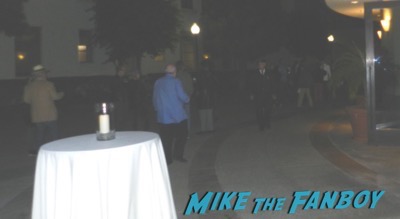 Check out the photos from the event below! 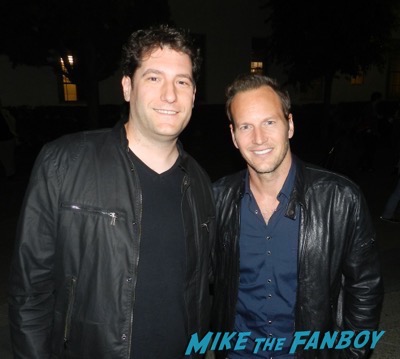 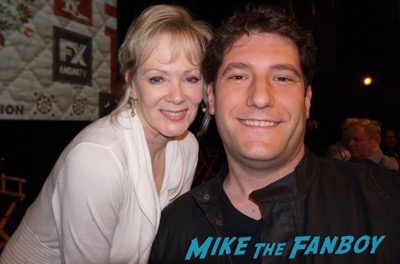 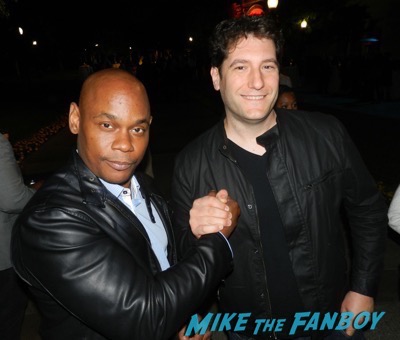 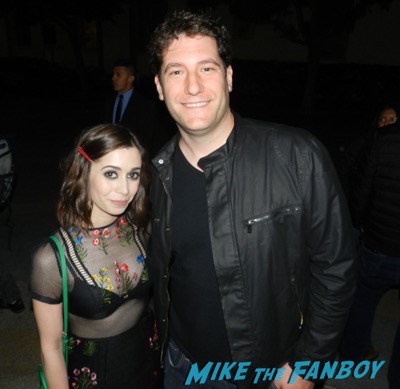 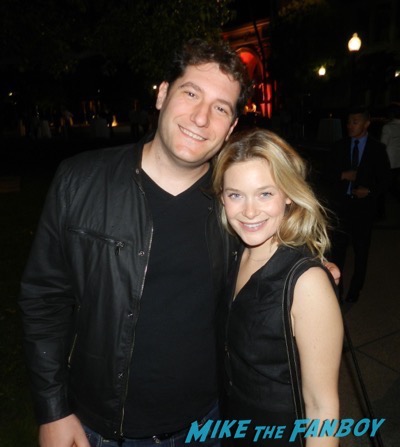 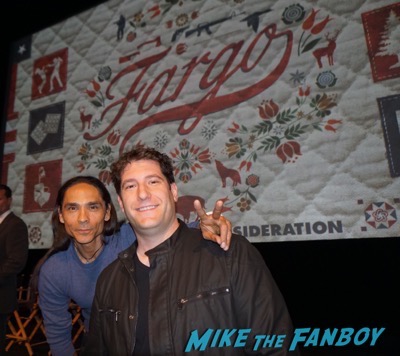 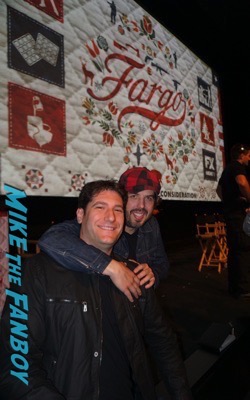 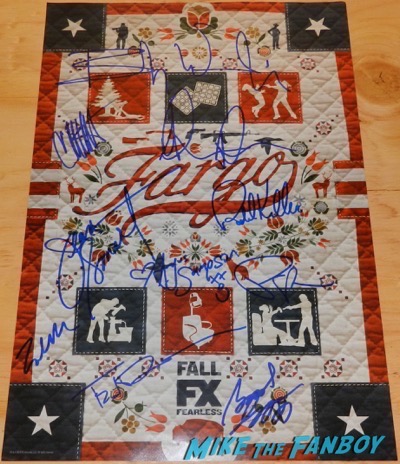