Fences has become an Oscar frontrunner in the days since Denzel Washington won the best actor SAG Award.

There was a q and a for Fences on the Paramount lot with the entire cast including Denzel Washington, Viola Davis, Jovan Adepo, Mykelti Williamson, and more. 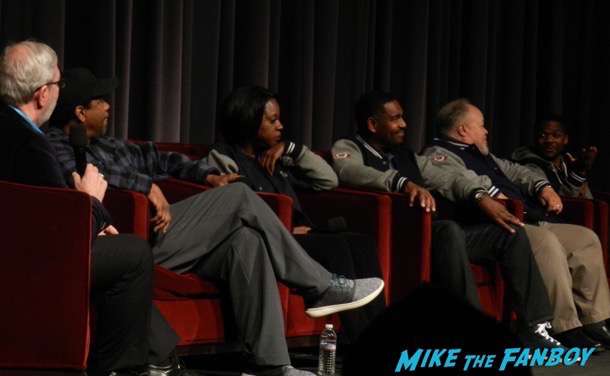 The q and a was really interesting and before the film there was a catered reception.

The panel itself was good, there was a couple awkward moments with Denzel Washington taking issue with an audience member saying that the film was a “speciality” film and how he got funding with an all minority cast. 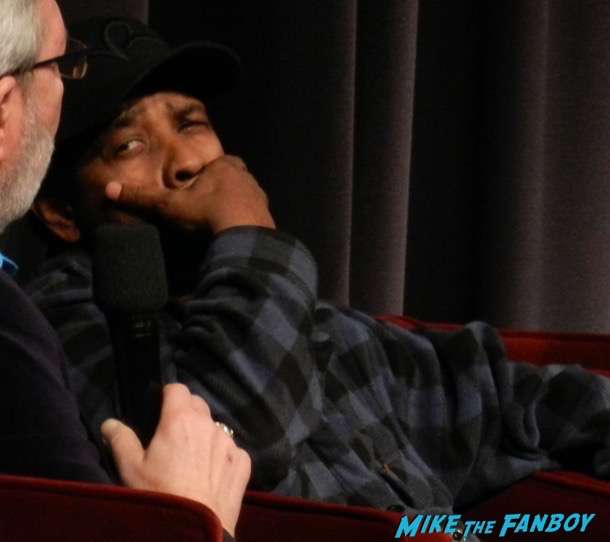 Apparently Denzel wasn’t having that question, and it was really odd.

After it was announced that this would be the last questions, Denzel Washington bolted, I mean like he ran off the stage leaving Viola Davis in the dust. 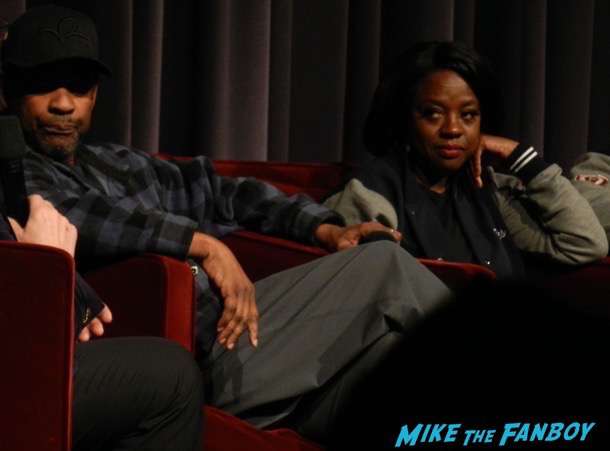 I mean, I was in the second or third row on the end and by the time I was able to walk the five steps to the stage, Denzel Washington was gone. Boom that fast.

Viola Davis was super sweet as usual though. She did sign a quick photo for me. However, the handlers were working to push everyone off the stage really fast for some reason. Sigh.

Lesson… Denzel Washington… Not nice inside q and a’s.

Okay, lesson learned. You would have thought I would have learned it the first time I tried, but alas I didn’t.