Yesterday, there was an awesome q and a with Lily Tomlin and Jane Fonda for the Netflix comedy Grace and Frankie. Now, if you haven’t seen the show, it’s really funny and very well done. 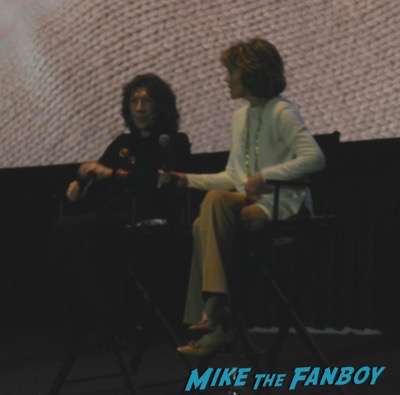 Now, apparently there’s been or has been starting to be a pattern with Netflix at their q and a’s lately. They hyper protect their q and a participants and announce during the q and a that the stars, “have to go.” 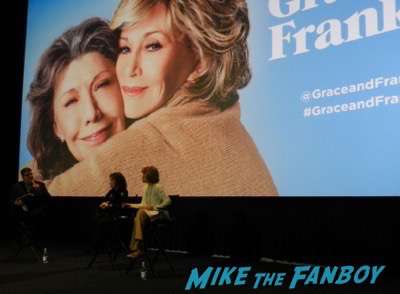 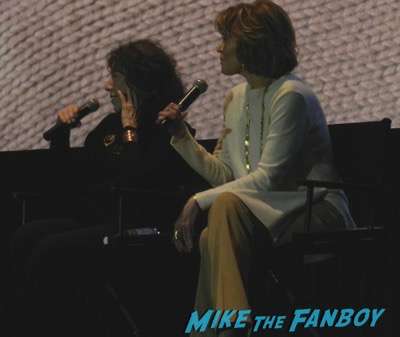 It’s always interesting to me when a network does this, I mean they will go through all the trouble to have a screening, rent a theater, get the stars there and don’t let the stars interact. Now, I don’t believe that someone like Jane Fonda would be like, “I love signing!” and skip on over to fans, but come on.

The panel was really good, I have to admit and after it was done they rushed the stars off so fast. 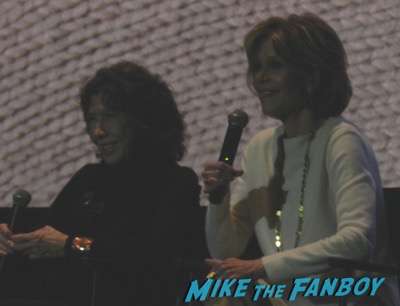 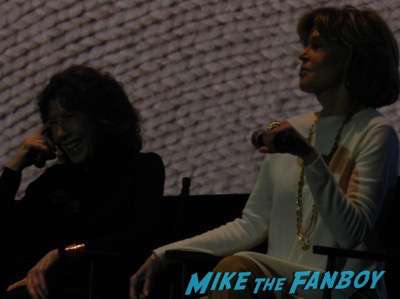 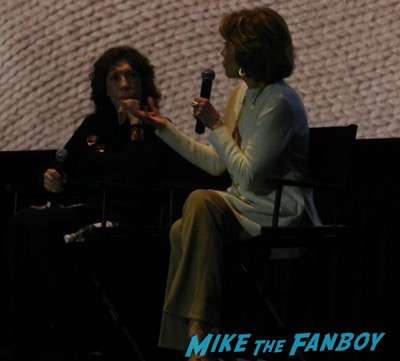 They did the same thing with the Stranger Things cast and The Orange is the New Black panel that Pinky attended was the same way. So, if this becomes a trend with Netflix, they might be losing more votes with these events than gain them.

I know how nice Lily Tomlin is and I’m sure if we were more aggressive we could have gotten her to sign, but since I’m not the most aggressive person out there… In times like this I don’t get what I go out for all the time.