You just never know anymore. Sometimes you head out with little hope but get a big reward, and then… Then… There’s Natalie Portman. Now, Natalie Portman is known for not being very fan friendly, in fact it’s so widely known that when a q and a for her film popped up in Los Angeles, I saw it and said… Nah, I’m going to pass.

It looks like that was a smart decision, Doh! Derek headed out on the off chance she would break down and be cool, but since this is Fanboy Fail Friday, that’s just not the case. During the q and a, she didn’t even take questions from the audience! Double Doh!

Check out Derek’s fail below!

“I’m a big fan of Natalie Portman.” Says EVERYBODY. With the exception of the Star Wars prequel movies, you don’t get people arguing her amazing talent. If you do stop listening to those people and walk away. They don’t know a damn thing. So I don’t need to give any reasoning when the opportunity came to go to a screening of her new film A Tale of Love and Darkness with her doing a Q & A afterwards I was all for it. I was actually didn’t even know about this screening but a friend of mine had mentioned it to me. Damn, I was bummed out but then she offered her ticket to me since she lives out of town and didn’t have much faith in Natalie actually bothering to sign autographs or anything. Foreshadowing or not I gladly took her ticket. 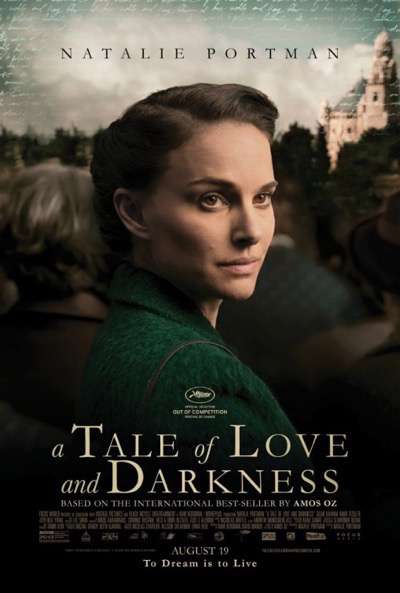 Even though the film was only 90 mins long the slow pace and heavy depressing subject matter made it feel like a 3 hour Terrence Malick film. Did I mention it was all in Hebrew? Yay subtitles…. But it’s Natalie Portman so I tough it out.

Finally the credits roll and they set up the chairs to bring her out. The moderator announces her name and of course everyone gives a massive applause even though I’m sure at least a couple of them are still just waking up. We learn that she not only directed and starred in the film but also produced, wrote the script, hell she probably even made the crew all Vegan lunch every day! So you would think with a film SO important to her that she would be appreciative of people coming out to see it? After the Q & A ended (without any audience questions even) I had my camera and magazine all ready to go and then the moderator says: “Alright everyone just stay in your seats until….” So annoying! The famous words of them basically saying ‘we don’t want you people bothering the talent so just get out.’ I didn’t even hear the rest of the BS because I was already out of my seat and heading for the exit of the theatre. 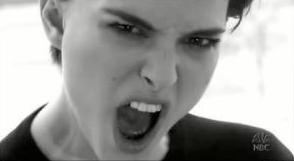 Last resort was trying to get her as she goes into her Big Black SUV parked in front of the theatre as they always have for them. I waited with about 20 people outside the door that the SUV was parked in front of. Of course there was security there and at one point one of the guards came out and said: She’s not gonna sign guys. Just so you know.” Well obviously we’re not gonna listen but thanks for the optimism. All of us just patiently stood there and at the point where security got alert and took their attention in front of us we knew she was coming. In what was about five seconds she popped out of the door, two security guys stuck like glue next to her, and she slipped quickly into the SUV. Not even the usual bad excuses like “I have to run,” or “I have a plane to catch.” Didn’t even look up to acknowledge the people waiting, not a hand wave or anything. I guess that’s how much she valued everyone coming to support her “passion project.” So my assessment going forward is that Natalie Portman IS a great actress just NOT good to her fanbase. Well guess my friend was right to stay home and relax. 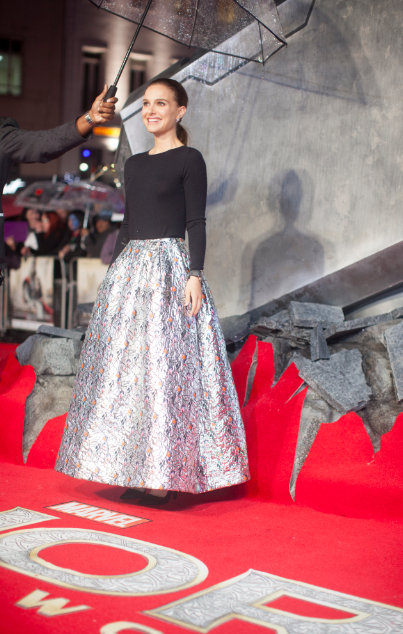