Fanboy Fail Friday it is!

Scotty and I headed out to a q and a for Trumbo with none other than Helen Mirren and Bryan Cranston.

Now, Bryan Cranston has been spotty at best these days but getting better. He was getting killed at so many events, the airport, etc… So, I don’t really blame him for being harder to get. 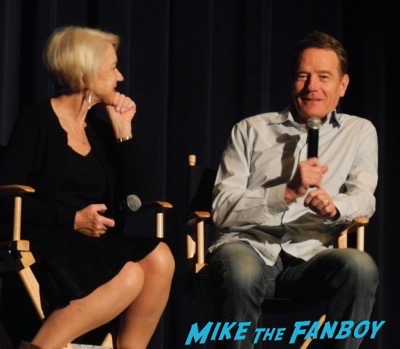 However, it does have a tendency to suck sometimes. I had my Breaking Bad barrel Blu-ray set to get signed and already have Aaron Paul on it.

The film was very good, and Bryan once again does a phenomenal job in the role. I can see why he got so many accolades. 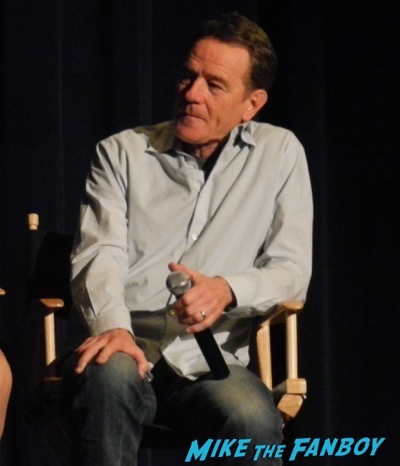 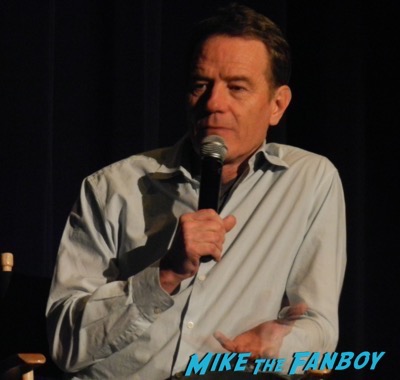 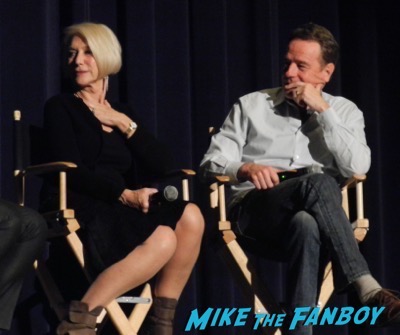 At the q and a, Helen Mirren was charming as usual and Bryan Cranston was very engaging.

They talked about character and how hard it was to portray both of their roles, especially for Helen being that she was not the nicest person of all time. 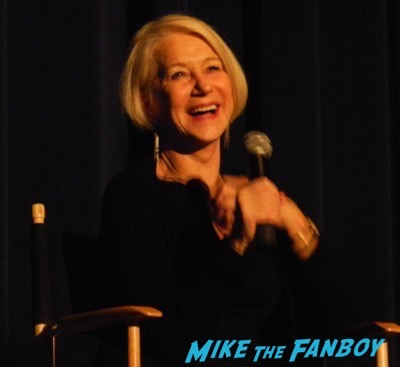 Bryan Cranston talked about how The Blacklist should never be referred to as a good thing to be on. 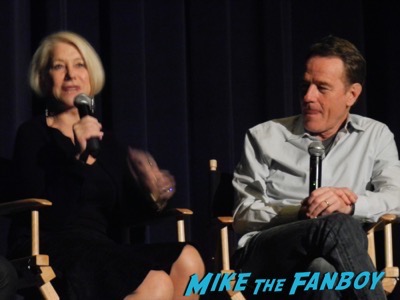 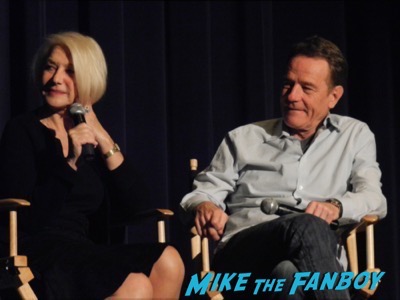 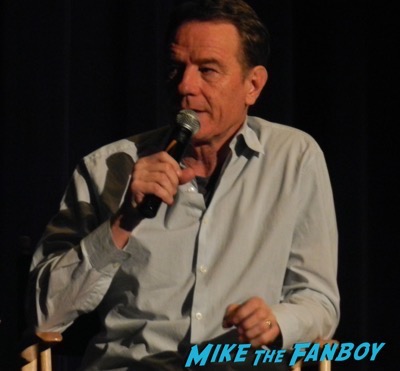 After the q and a, about seven of us went up to the stage to ask Bryan Cranston to sign. Helen Mirren left because no one asked her. Bryan said, “I just can’t, I just can’t do this right now, I’m sorry.”

At least he was nice about it right? I mean I suppose it could have been worse. As of now, my Breaking Bad barrel is sadly missing one Heisenberg!