Some fun stuff this week. Billie Joe Armstrong write a letter to eBay sellers, Danica Patrick rude to a fan during autograph signing? and more.

Before her final race in the Indianapolis 500, IndyCar driver Danica Patrick signed autographs for fans. One encounter left a fan with a bad impression of her afterwards.According to Terez Owens, the fan showed up at the race track at 5 a.m. and waited in line for several hours before he finally arrived at Patrick’s table and asked her sign his hat. 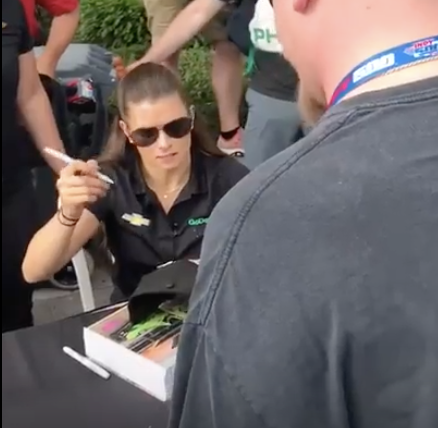 Libraries across Los Angeles on Saturday will be collecting Angelenos’ signatures to add to The Autograph Collection. Originally started in 1906 by City Librarian Charles Lummis, this collection includes autographs and original artworks of prominent Los Angeles residents and is housed in the library’s permanent collection.

Billie Joe Armstrong has written a cool (and very respectful) message to “eBay autograph collectors”, politely asking them to respect his time with fans.The musician is currently on the road with The Longshot, and has seemingly come face-to-face with resellers interfering with personal moments between BJA’s genuine listeners. 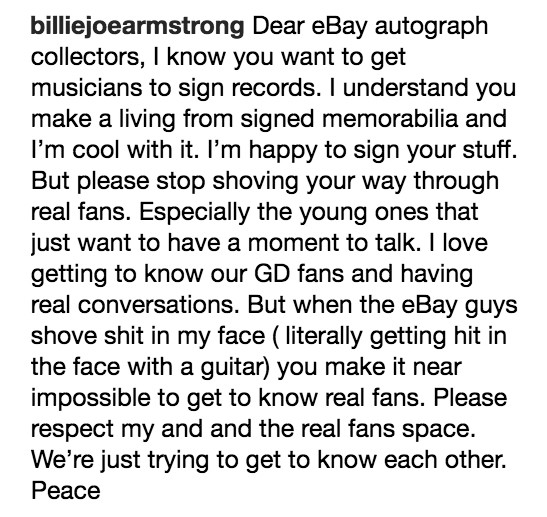 On Friday, Pusha T dropped his new album Daytona which, in addition to featuring some of the most exciting music from the rapper in years, included some no-so-subtle shade directed at Drake. Later that day, Drake responded with a diss track called “Duppy Freestyle,” which later came with an invoice allegedly billing Push and Kanye $100,000 for “promotional assistance and career reviving” in reference to a line from the freestyle. Since then, others like Nicki Minaj have voiced their support for Drake in one of the most compelling rap beefs in years.

“It’s so beautiful, for starters, and we always like getting together,” said Michael Learned, who played the mother, Olivia Walton. “We’re really fond of each other, and you know, it’s a family reunion every time we get together.”

Teammates and enemies: Simon Pagenaud and Josef Newgarden both race for Team Penske. This year, they’ve been in an autograph battle that’s gone from signing cars to signing people, and even involving a police pull-over.