I just returned home from a wonderful evening…. An evening at the theatre! That needs to be read with a dramatic flair, go ahead read it again only more dramatically… Okay, that’s better. I’m not usually one for the dramatic arts however, this night was “For The Record: Baz Luhrmann” and as most of you know I love me some Baz Luhrmann… Hmmm is it time for a MTF Flashback…? I think it might be…

Anyway, there is this great small dinner theatre performing tributes to some of the best director’s using music to help tell their stories. Tonight was Baz Luhrmann but they also have nights for Quentin Tarantino, Paul Thomas Anderson, Cameron Crowe, and Tim Burton. However, I think Baz Luhrmann’s films really are suited for this sort of show more than anyone.

A cast of singers and actors basically boiled down The Red Curtain trilogy into one evening. The show started with Romeo and Juliet. Which I thought was a fine beginning to the evening, and especially with a wonderful rendition of Lovefool from The Cardigans. The standout from this section though was #1 Crush from Garbage. It’s not easy to pull off covering Shirley Manson… And this troupe did it. The told the story of the film from beginning to basically the end in nine songs. 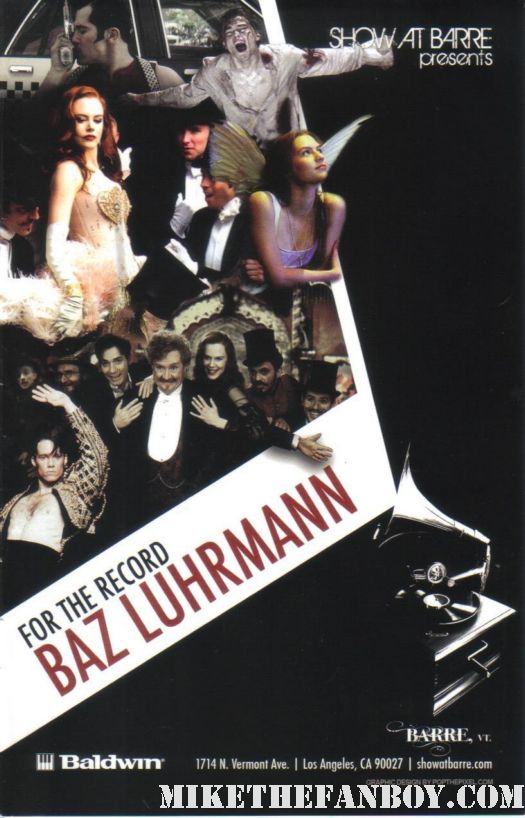 The second part was Strictly Ballroom, there were four songs performed but Time After Time was again the standout. I’m a sucker for Cyndi Lauper however! What can I say?

At intermission is when I started to feel a tad claustrophobic. You see, as much fun as I was having this theatre was small… And we were packed in… And I’m not a small guy. And we were trying to eat. It was so small I mad friends with the people sitting across from us, and to the side of us. In fact, there was one time when the aisles were so narrow the actor’s couldn’t get though and I was straddling the pole in the center of the table. I’m talking packed… 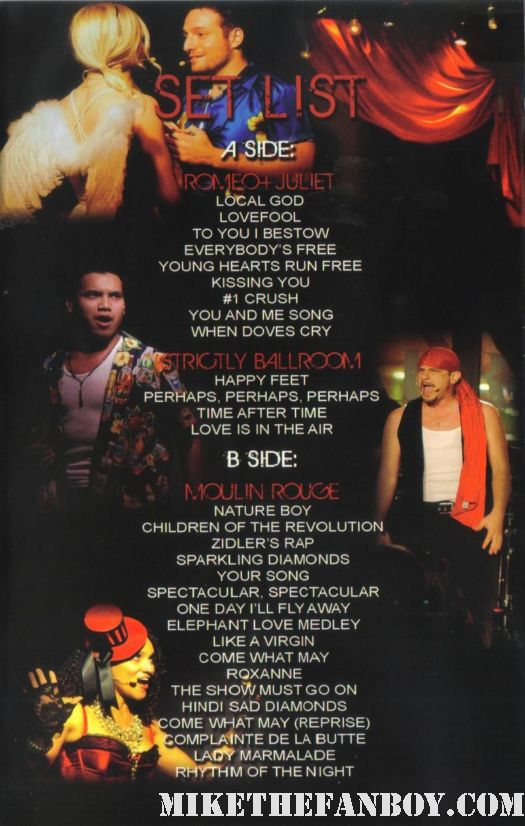 It’s too bad really because the food was very good, I just really couldn’t enjoy it. By the time our food came the show was starting so we had to wait for a clear moment for the servers to bring the food in… Sigh… We did however have a wonderful drink called the Lady’s Marmalade… No cracks… It was good, even though I felt like I was cheating on Kylie Minogue by not having the Green Fairy Cocktail. 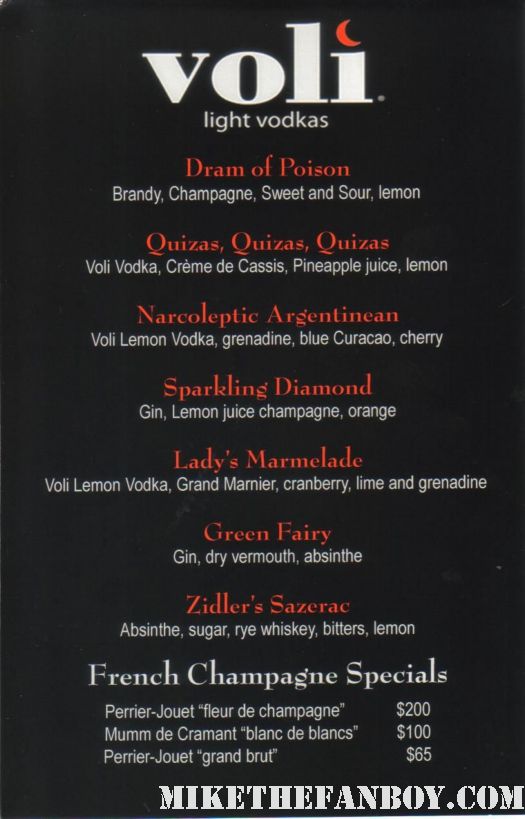 The second half started and much like the film it began on a slightly somber note… Baz Luhrmann isn’t known for his happy endings. Anyway, by the time Sparkling Diamonds hit, the second half was roaring to life. It’s tough to fit something so big like Moulin Rouge into so tiny a space and I think the show suffered for it. It’s like the actor’s wanted to be bigger, the audience wanted to be more peppy and into the show, but since there wasn’t space to move it couldn’t happen.

Now, with that said, I still think they did an excellent job. The theatre did say they were taking down a wall and expanding into a 200 seat house, and I think I would go back once that renovation happens, and there’s a little more room to breathe!

Take a look at their website showatbarre.com for more information! 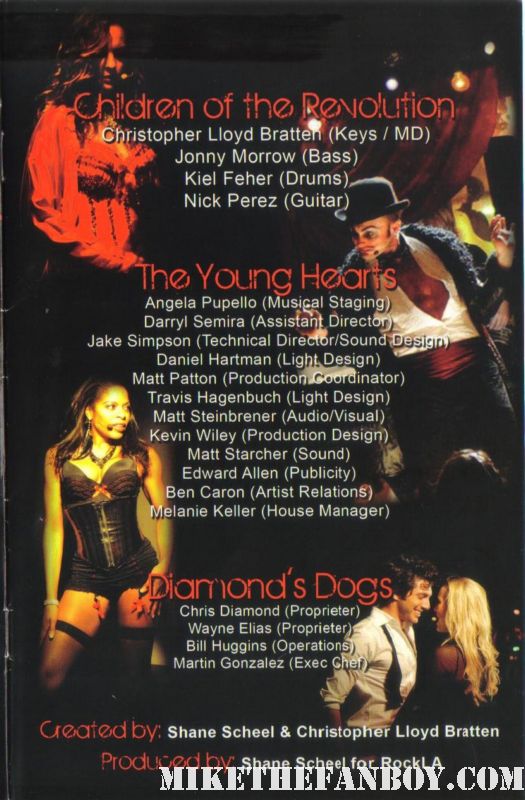