In August of 1977, I committed teen-social-life suicide by taking my first real job. Never mind that I had to lie about my under-age status to get employed slinging tacos at the Hacienda Galvan in Pacific Palisades, but I had to give up hanging out at the local 2-for-a-dollar cinema or at the beach, where all my friends would be. The only bright spot that summer came not from constructing tostadas or making my own burrito especial combos, but from the day Chips came to town… not corn chips like the one we served with each meal but the CAST of “CHiPs.”

One particularly quiet week-day afternoon, several scenes for a second season episode of “CHiPs” was filmed right in front of the Hacienda. I watched Ponch and Jon ride up and down the street while they chased a group of skateboarding kids (led by the Brady Bunch’s Cousin Oliver) past the Palisades Garden Supply across the way — with Laugh-In refugee Allan Sues acting as an harassed shop-keeper. Although I never left my post at my south-of-the border steam table, I remembered the day as a high point of my crummy summer vacation.

Years later when I had the opportunity to meet the stars of “CHiPs” at the Hollywood Show, I was able to share my happy memory with the real life Ponch & Jon– Larry Wilcox and Eric Estrada. 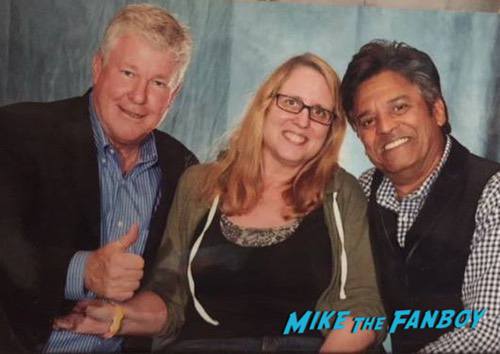 They both remembered the episode, and laughed when I told them I watched them from the steamy windows of my work place. Yes, you can see them laughing at me in the picture I had taken with them, but I framed the signed picture and hung it on my bedroom wall proudly in honor of that memory from a lifetime ago. 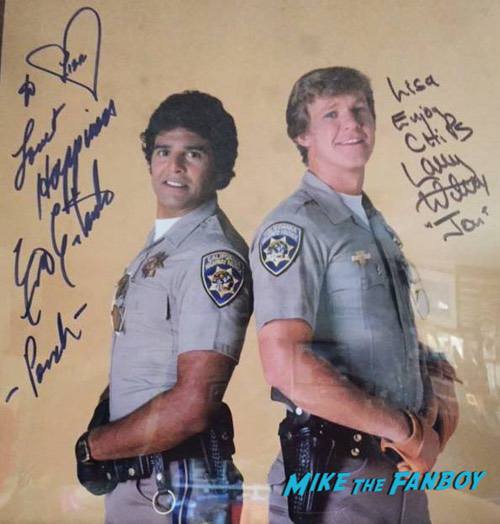