Worn-down Peter Brackett (Nick Nolte) and ambitious Sabrina Peterson (Julia Roberts) are reporters working for rival newspapers. Assigned to cover a train derailment, the two journalists meet at the scene and immediately can’t stand each other. But when they suspect a deadly government conspiracy behind the crash, the two rivals work together to break the story. While they expose corrupt scientists and butt heads every step of the way, Peter and Sabrina’s competitive tiffs turn into romance. 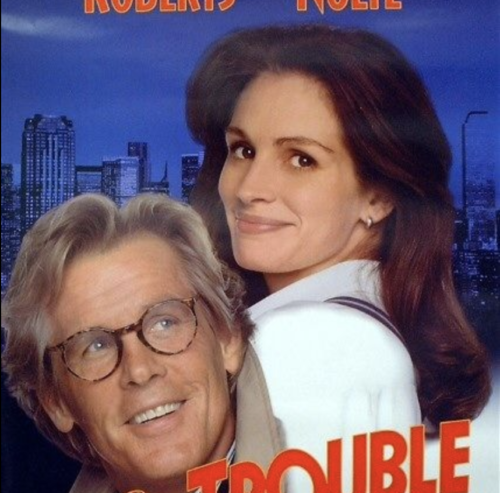 Critics hated it. It essentially bombed at the box office. Nick Nolte considers it his worst film and only did it for the money. Julia Roberts said he’s the worst actor she’s ever worked with. I…LOVED this movie. I don’t care what anyone says…I enjoyed the heck out of it. It’s everything you could have wanted out of a 90s movie. Not sure why it didn’t connect… but I bet if it got “found” again today, people wouldn’t be so hard on it.