The film starts off in a forest with a family being attacked by a family of huge shapeshifting mutant bug creatures called, “Brazilian Cocorada”. It then moves to a typical-looking family moving into a well-off suburban Ohio neighborhood. They are the bugs that were seen earlier, after they took on human form and met every “normality” standard from the magazine Family Bazaar. They moved to the suburbs after the husband, Dick, got a job at a nuclear power plant; he works there in order to cause an explosion one day that will rid the world of humans and leave bugs in peace. But after a while they drift from all-American family normalities — the son, Johnny, a strait-laced A student, begins listening to heavy metal and becomes a junkie; Richard and his wife, Jane, drift away from each other, he having an affair at work and she becoming attached to her credit card; lastly the daughter, Sally, becomes a pregnant lesbian after being raped by a jock from the high school; and also a pet giant shapeshifting fly, Spot, who disguises as a dog. Oh…and Dabney Coleman played an Aunt…lol 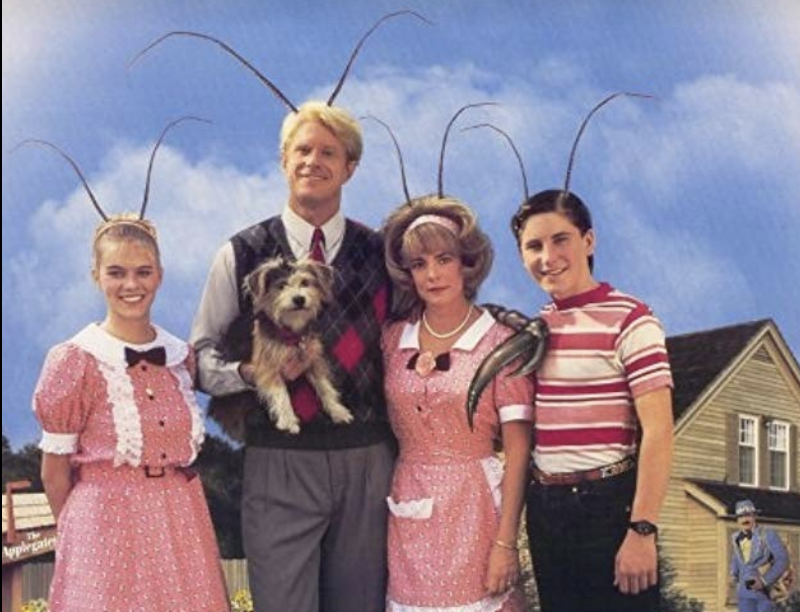 Yep…you read all that right, folks! It was…an interesting film, to say the least hahaha But it was a fun one, and no clue if it still holds up…but I know it’s kind of a cult classic now!