Young Joey Lawrence plays a kid who goes to visit with his father and his new stepmom. He’s already apprehensive, as he clearly prefers his mother, but he tries to make the best of it. Unbeknownst to him, however, is that a highly aggressive, paranormal intelligence thriving within the electrical grid system of Los Angeles, California is moving from house to house. It terrorizes the occupants by taking control of the appliances, killing them or causing them to wreck the house in an effort to destroy it. Once this has been accomplished, it travels along the power lines to the next house, and the terror restarts. Having thus wrecked one household in a quiet, suburban neighborhood, the pulse finds itself in Lawrence’s home. It gradually takes control of everything, injuring the stepmother, and trapping father and son, who must fight their way out. 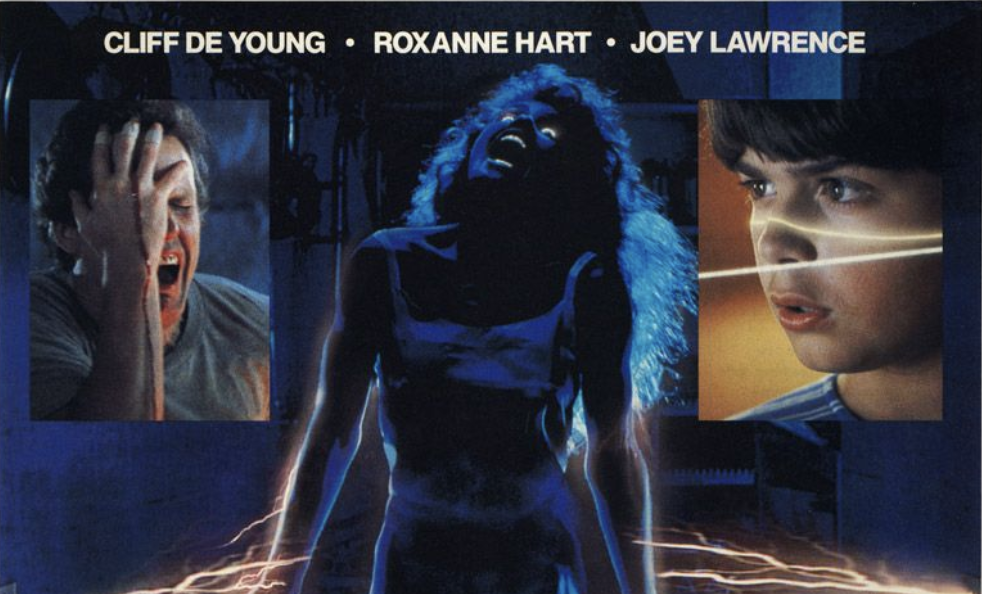 Does this movie make any sense? No. Does anything really happen in the film? Not really. It’s pretty tame for a horror film, with a low death toll. But I remember the suspense was pretty good in all the right moments…especially when the stepmom is trapped in the shower being scalded by hot water because of a possessed water heater (just go with it…) and in the finale where Lawrence and DeYoung have to fight their way out of their electrically possessed home. (I know…but it’s the 80s…what do you expect?)

Haven’t seen it in forever and probably doesn’t hold up so well haha But it’s a movie I remember enjoying as a kid and watched all the time!