One of my newest favorite shows is Fresh off the Boat, if you haven’t seen the show, you need to check it out. It’s so funny and the cast is so wonderful in their roles.

Pinky is a huge fan of the show as well and has been able to meet (most) of the cast!

Hello, my lovelies. Pinky Lovejoy-Coogan here loving how random life can be. Just last Monday I was talking to Mike the Fanboy about our shared love for the show Fresh Off the Boat and I was saying how much I wanted to meet Hudson Yang, who play Eddie Huang on the show and is one of my favorite characters (although, to be fair, I love the show so much that they’re pretty much all my favorite characters). 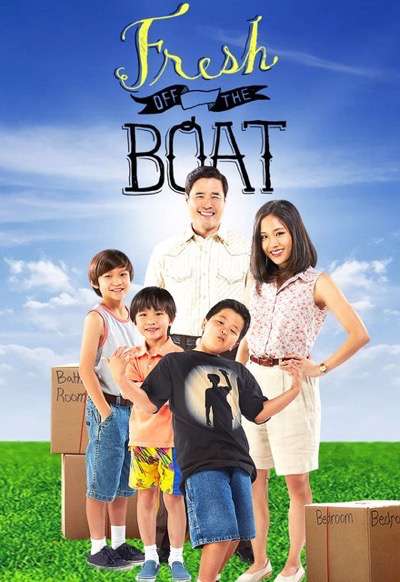 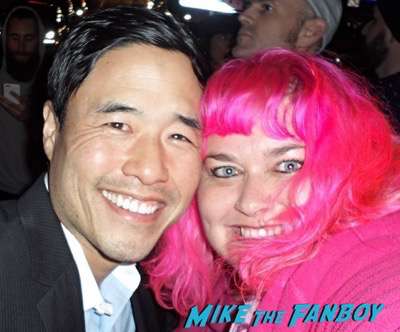 as well as Forrest Wheeler (who plays Emery) 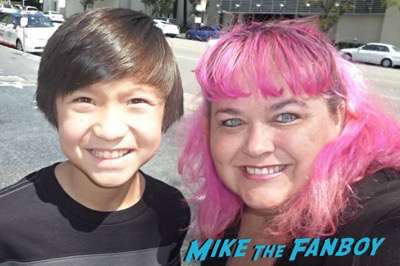 and Ian Chen (who plays Evan) in the past, 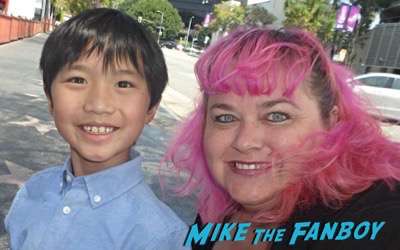 I’ve been hoping to meet Hudson Yang and Constance Wu (who plays the mom and, sadly, could have done it at Kimmel last week! I’m giving her the benefit of the doubt that maybe she didn’t know she could come over, but, man, that was a bummer).

On Saturday, we attended a charity event with a ton of kids and I told Keith that the only one missing was Hudson Yang. Then, as I was reading Twitter that night, I saw a post from Hudson Yang himself talking about an event where he’d be appearing on Sunday with the other two boys from the show. Score! 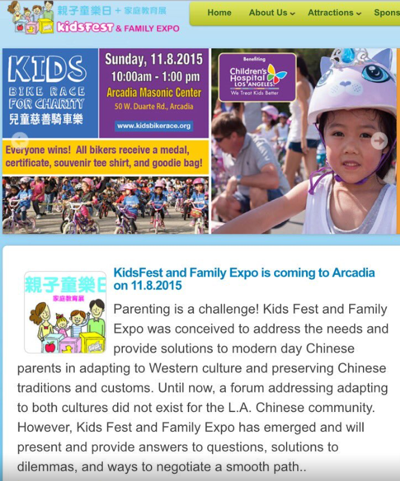 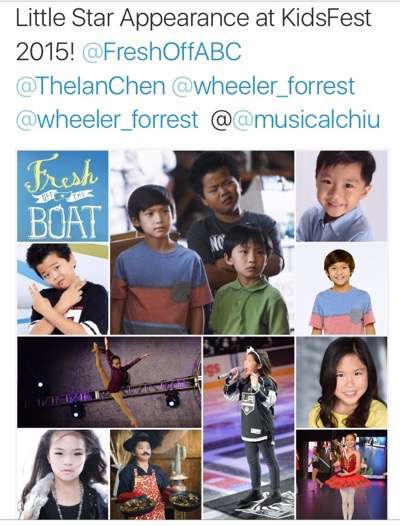 Although we had no idea what the event would be like (or if we even needed tickets), we decided we had to try and see how it was. So, we drove to Arcadia and hoped for the best. Immediately I started to worry that we’d made a mistake as it was a huge event and everyone had wristbands. But, then, almost as soon as we arrived, we saw both Forrest Wheeler and Ian Chen and got a group shot with them. Score! 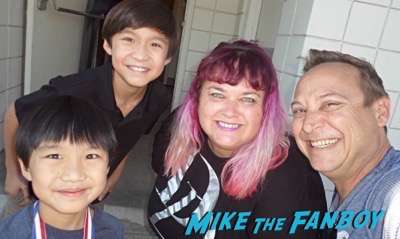 Forrest told me their band (which they’d also tweeted was going to perform) was going on in about ten minutes. Keith went into the event and I checked outside one more time only to find Hudson walking up at that very moment. At first he told me he had to go (did he really just try to shine me?), but I told him I’d driven there to meet him, so he stopped for the picture. Yay! 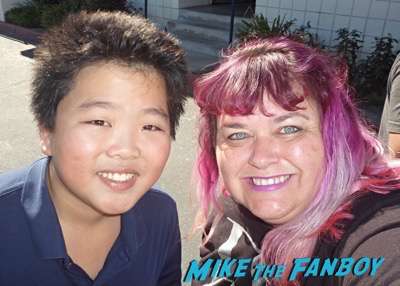 He also said we should stay and watch his band because they’ve been practicing a lot. So, we did. In fact, we ended up in the front row somehow sitting right in the middle of Hudson’s family! 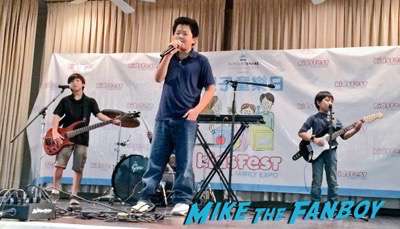 It was so much fun. I’m glad we stayed. The boys started with a Q&A, then played a few games, and, finally, ended with a song from their band called (wait for it….) “Fresh Off the Beat!” 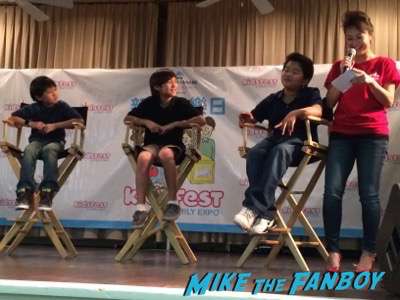 How cute is that?!?! Like, seriously, my heart melted. They were great and I can’t wait to see what the future has in store for these talented boys.