Recently I went to a panel for the ABC show Fresh off the Boat at the Paley Center in Beverly Hills. I’ve been a fan of the show and the Huang family since the beginning so I was very thrilled to attend and only hoped that the Fanboy spirits would bless me with some good fortune. Not only is a program led by an Asian-American cast something we’ve been needing on TV for some time but the fact that it is on a major network is even better. AND it’s a great show! The panel was attended by actors Randall Park (Louis Huang), Constance Wu (Jessica Huang), Hudson Yang (Eddie Huang), Forrest Wheeler (Emery Huang), Ian Chen (Evan Huang), Lucille Soong (Grandma Huang), and showrunner Nahnatchka Khan. 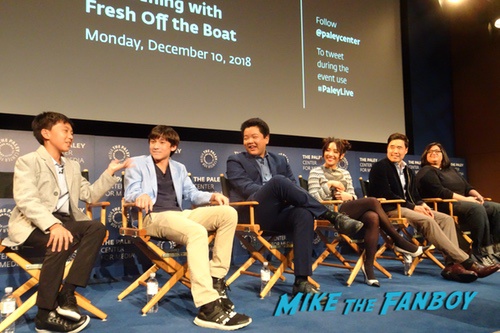 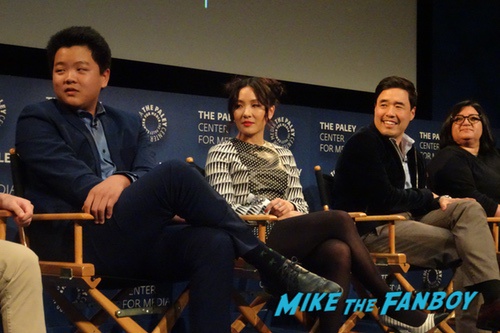 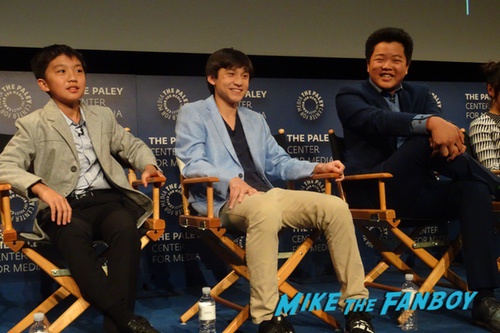 While the cast was an entertaining group that kept the panel rolling as best as they could, it was unfortunately weighted down by a substandard moderator. They selected a man from a local TV station who while having many years in the business conducted himself as he had just been asked to do this at the last minute. Maybe he was, who knows? He had no tablet or cards with questions to read and seemed to be just making up everything in his head as time went along. He kept asking the same type of questions repeatedly but would just word them differently each time. 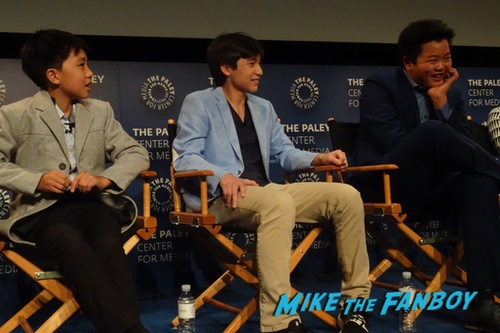 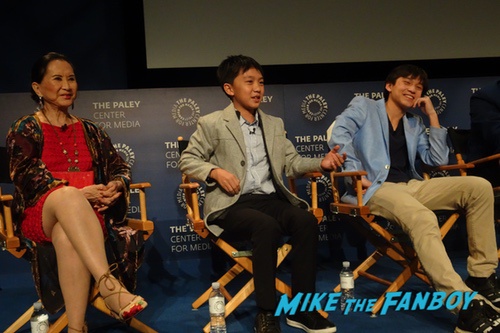 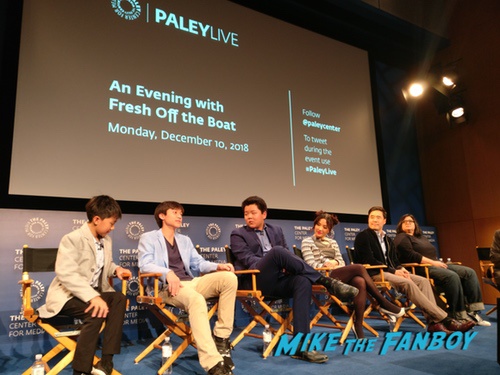 Even so, the cast found ways to give the audience insight into the creation and production of the show plus some of their favorite moments and guest stars. The three boys were especially great because we could see that their relationship as brothers just doesn’t stop when they get off the set. They took many opportunities to make jokes at the other’s expense while also having conversations between the three of them where it seemed like they were the only ones on the stage.

Now, this is MiketheFanboy.com so what happened when the panel was over? I had made a cast piece poster from the current season so my collector mind was determined to get all of them on it because with it being the three boys AND the grandmother I saw this as a rare opportunity. As luck would have it I saw Lucille as the rarest of the group and she was sitting directly in front of me. When the panel ended I asked her to sign first and she couldn’t have been nicer as she seemed surprised that I asked. I told her that I think she gets all the best lines and she thanked me as she handed my poster back. Before I could even make a move, Constance ended up right in front of me as she was making her way out. This woman next to me asked her to sign so it stopped her for a moment so I could get her as well. This was my third time meeting her and she has always been an awesome person. I congratulated her on getting a Critics Choice Nomination that morning and she thanked me before getting swallowed up by other folks vying for her attention. Then it was off to get the three boys and they were busy taking pictures with audience members so I got them one-by-one. Lastly, Randall was all the way at the other side still standing in the same spot where he had been during the panel. I waited as he made his way for the exit and he obliged my request when I asked him to sign my poster. I didn’t get any pictures with the cast because I knew if I spent time doing that it might cause me to miss a signature. Sometimes you have to pick your battles.

Overall, in spite of the moderator, it was a great night and my thanks to the cast for being a wonderful group. 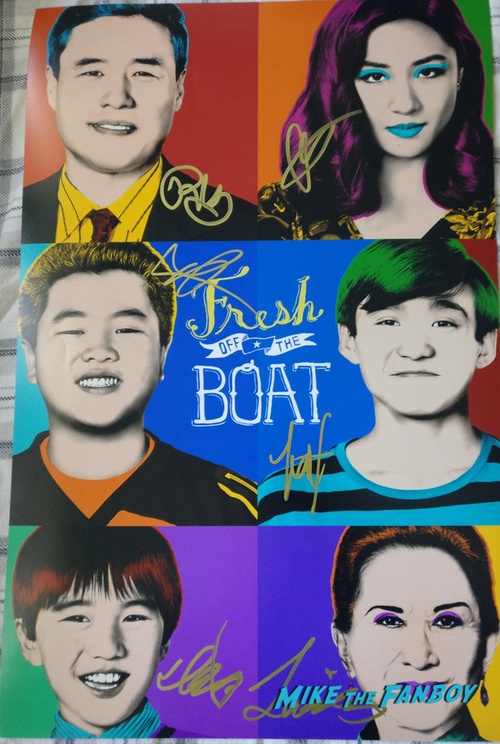