The Lovely Erica has a wonderful review of the new animated film from Studio Ghibli, From Up On Poppy Hill. It’s being released on blu-ray and DVD next week and from what I can tell… It’s pretty awesome.

Studio Ghibli has an amazing track record when it comes to animated films so I’m excited to see this one!

Check out Erica’s review after the jump!

Studio Ghibli has a starry track record that rivals Pixar in terms of critical acclaim. Their movies are always beautifully drawn with a clear, direct spirit that makes them sweet and unusual. Sometimes you just need something that didn’t come out of Hollywood to really find an original voice. 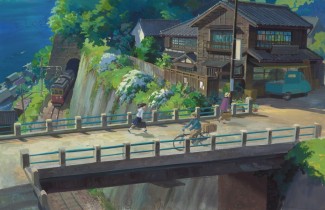 From Up On Poppy Hill is the latest film from Studio Ghibli. The story focuses on Umi, a young high school student with a lot of responsibility on her shoulders. She befriends some of the boys at school who are trying to save a building called the Latin Quarter which houses many of the school’s extra-circular activities. It’s a refuge for the kids who are trying to keep it while big corporations want to tear it down in the name of progress. The story takes place in 1963 – after several wars and before the Tokyo Olympics – a time of change and transition which is one of the big themes of the movie. 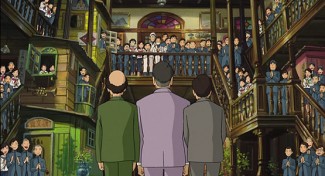 The main story is focused on Umi and her relationship with Shun, one of the boys crusading to keep the Latin Quarter intact. It’s a very sweet and innocent courtship until they run into a surprising secret which may keep them apart. 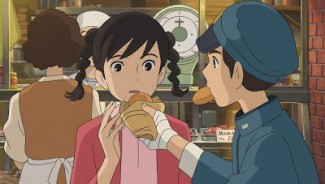 While the story and the overall tone are conceived by the legendary Hayao Miyazaki, it’s directed by his son Goro Miyazaki. It’s nice to see an animated film that doesn’t go over the top big to be entertaining. This is really a very human story and not as fantastical as some of the other Studio Ghibli films. 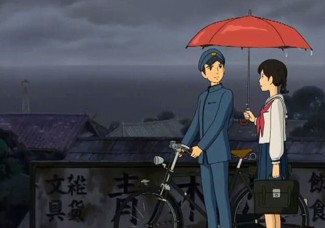 The film is beautifully animated with a terrific cast of English speakers – a winning Sarah Bolger (Once Upon A Time, The Tudors) as Umi and Anton Yelchin (Star Trek) as Shun. Other voices include Christina Hendricks, Aubrey Plaza, Gillian Anderson, Jamie Lee Curtis, Chris Noth, Ron Howard, Beau Bridges and Isabelle Fuhrman. 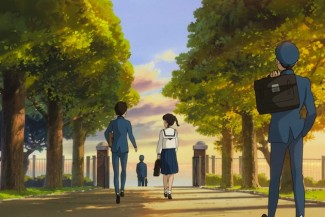 From Up On Poppy Hill will be available on DVD and Blu Ray on September 3rd and will include the original Japanese dub and the English soundtrack as well as some extras such as a press conference with Hayao Miyazaki and some of the gorgeous artwork in the included booklet. 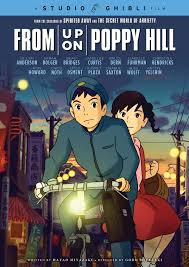