Team Edward or Team Jacob, was a Twilight fad?

The drama between dudes over a girl that’s just awkward oh wait that still happens today. Are Twilight stars still relevant or did their careers go to shit?? Apparently not cause Robert Pattison appeared in a film festival say What?? Robert Pattison is making his film festival tour appearances for his new movie with William Defoe Lighthouse! I was fortunate enough to meet Robert Pattison he was super fan friendly even though he has a really bad autograph. Fortunately I didn’t get a crap autograph, but he wouldn’t pick up my paint pen to sign my funko. Beggars can’t be choosers oh well I’m still happy Mr. Pattison hit my funko. 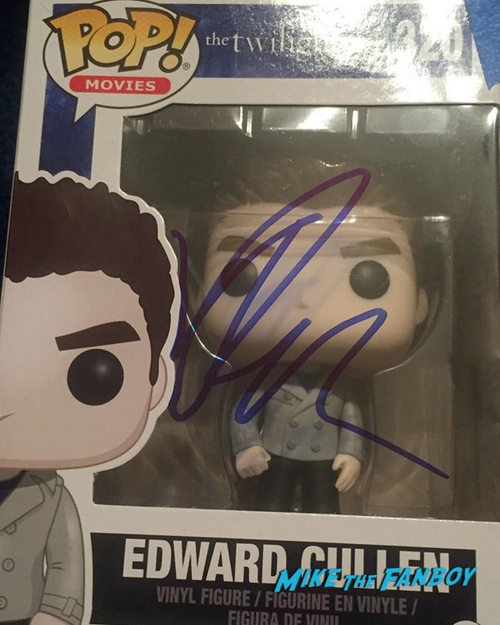