This funko Tuesday is about meeting Simon Helberg aka Howard Wolowitz. As a huge fan of the Big Bang Theory I had to cave and spend $35 on a pop because they are all vaulted, and I was not into Funko’s when they came out. I remember seeing the Funko’s and I just did not have any interest in them yet.

Anyway, lets get to the good stuff of meeting Simon!!! Simon Helberg was doing a comedy show in San Francisco a few week ago and being a fan of the Big Bang Theory makes me want to meet the entire cast individually and take pictures with them. Was not too sure of what to expect from him but, being a fan, you always want that celebrity encounter to be perfect especially when you have a funko for them.

Simon was in a liquor store before the show and was super cool about signing everything you had and taking pictures. He signed my funko perfectly and I was super happy since the Funko, was not cheap for him to just shit all over it with his autograph.

He was super nice signed it in my paint pen and did the “Howard” inscription it made the night awesome for me. After the show Simon did not want any part of the autograph seekers and just did pictures and would not sign anything. It was a success for me and not for everyone else at the end! 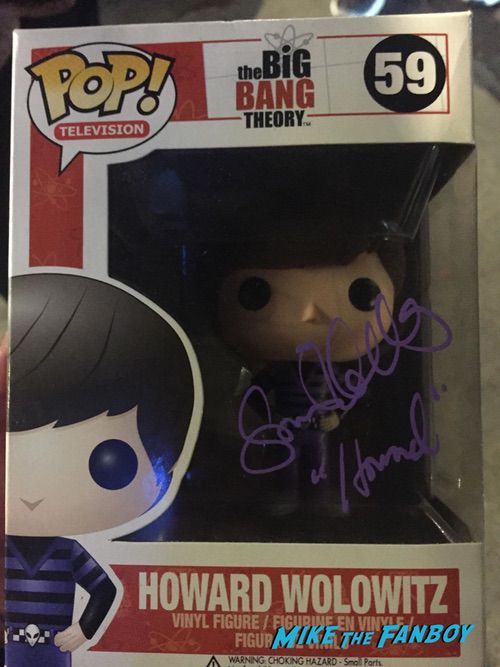