Oh dear, I’ve been waiting for this. It’s the full report from Billy Beer on the G.I. Joe movie premiere or as Billy has renamed it… G.I. Doh! Clearly, it wasn’t the most exciting premiere on the planet or the most fruitful.

Karalee sent in some awesome photos before from the premiere so it’s nice to be able to read what the pictures didn’t tell us about a certain someone signing autographs. Cough, Bruce Willis, cough… 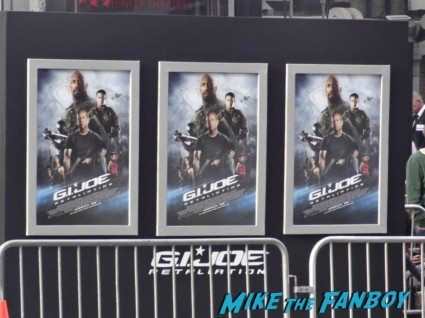 Today we are off for, you guessed it, the G.I. Joe premiere. I have been a huge fan of G.I. Joe since I was a little kid. I owned almost every figure they had. Christmas was G.I. Joe toy day in my family for years. Now they’ve already made 2 G.I. Joe movies and lets just say they the acting is about as good as the cartoons. (granted I loved the cartoons, but I expect a little better when I’m paying for it) This G.I. Joe brought in a few big names, The Rock and Bruce Willis. But I think they’re going for the action to carry this film. Well let the adventures begin.

I get there early…..

After playing musical spots, we finally get a decent area where we think the drops are going to be. Even though I like G.I. Joe, I’m not really here for myself. Bruce I don’t expect to sign, I already have The Rock, Channing isn’t going to be here. Adrianne would be nice, but she’s really not an A lister. Travo as you know has his wrestling book he needs signed by Rocky, and Karalee has a friend obsessed with The Rock too. So I’m holding the fort down till they get here.

Here’s something you don’t see every day. 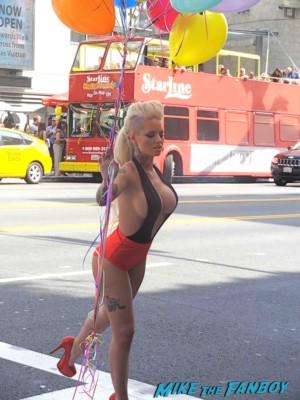 Karalee gets here and forces me to Buffalo Wild Wings so she can have a drink! The things I do for friends! 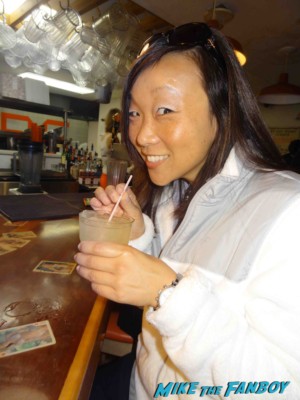 Travo is boiling over with excitement waiting for The Rock! He practicing his duck face in case he gets a picture with him! 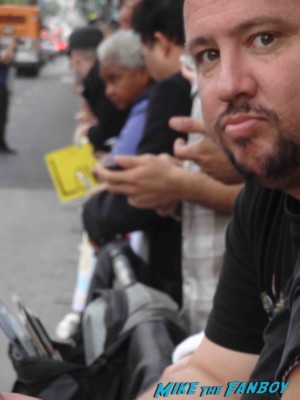 C.B. is wearing one of the ugliest shirts EVER!

(Editor’s note: I have no comment on Molly! M-) 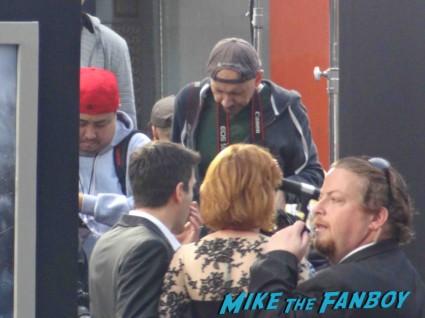 We completely miss Elodie Yung going in. It’s hard to see with the lights glaring back at you, and the traffic going across, and stupid limos not moving.

There’s Ray Stevenson. And Nothing! This is not starting off well. 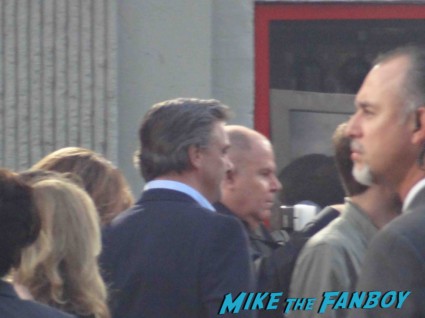 Rumor Willis arrives, and people start calling for her. Cause I’m sure they brought pictures of her from all of her acting creds like being a Golden Globe presenter. 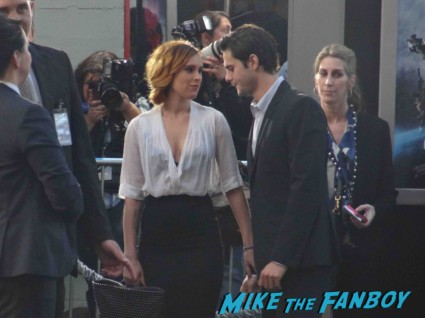 We’re all expecting Bruce to be the next to arrive, but out walks a tall blond. Adrianne!! Now I can’t believe it, but I think I caught the only moment of her giving a crap about her fans on film. After one wave, she was on the carpet and didn’t look back. REALLY! You’re that big? 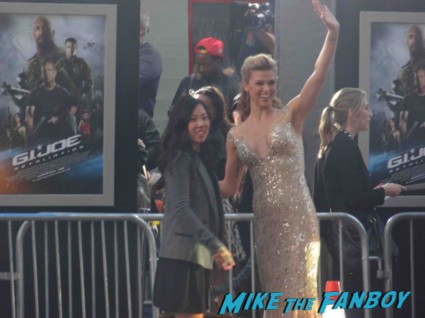 Here’s Bruce! What’s he going to do this time. Pose for us? Wave and smile? 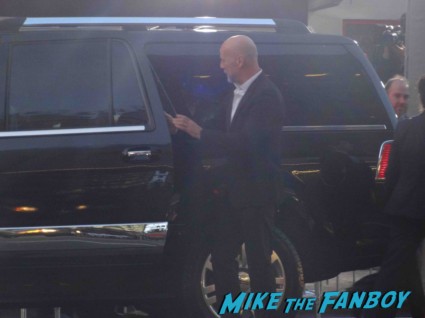 Well he is crossing the street, but that doesn’t mean anything with him. HOLY CRAP, he’s picking up a pen. This could turn out to be a good day. He’s signing the picture right before mine. This is actually happening! Then the security guard takes him away and farther down the line. ARE YOU FRICKIN KIDDING ME!!!! AGH! When I look to my right where he went, I could now see the Rock who was I think signing. Bruce and Rock run into each other and talk for a little bit. Now Rock is coming our way. 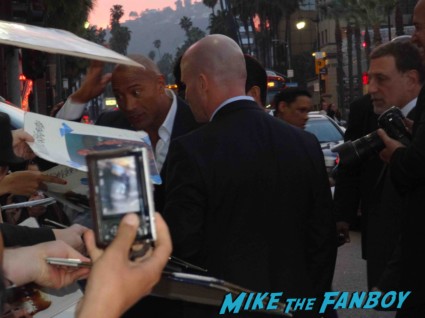 Alright, this is why we came. Last time I saw him, he was super nice signing for everyone. Today, he was playing “I don’t have a pen” SERIOUSLY! He was flying through the line. Not really even signing. If you were able to give him a pen and get a crappy graph, he gave the pen right back. Again our section for the most part got completely skipped. I think one person in our group got him. Fail and Fail! 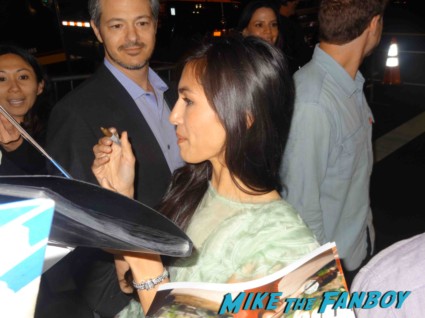 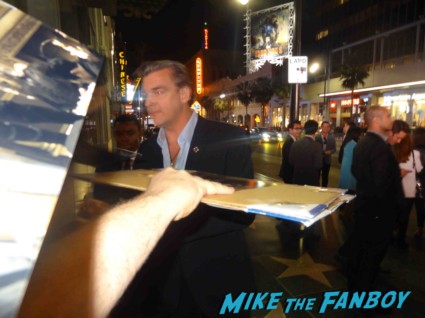 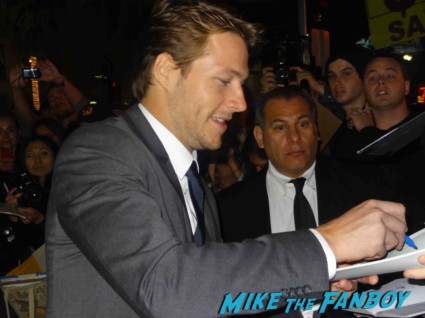 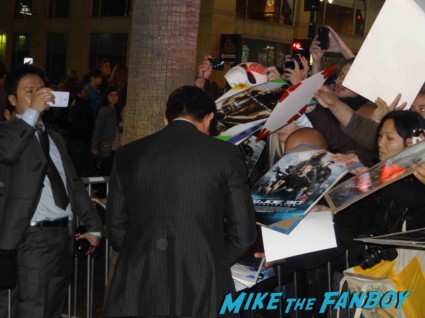 But for the most part, this premiere was kind of a bust. I know some people got lucky and got stuff, but I’m looking forward to future premieres where start know how to treat their fans. Gotta go, it’s Happy Hour somewhere