The Comic Con updates keep rolling on and trust me, there are still many more to go.

Suddenly Susan, was lucky enough to pull for the Game of Thrones autograph signing and got a ticket! Woo to the hoo!

It was one of the biggest signings this year, so she was lucky for sure!

Check out Susan’s full recap below!

Apologies all – I’ve been dragging my heels on my Comic Con write ups! I think I’ve finally caught up on sleep and my swollen feet have gone back to their normal size.

This year I was lucky enough to pull a winning ticket for Game of Thrones. I absolutely love this show and so far I’ve only been able to meet Nikolaj Coster-Waldua, which works out because he’s my favorite cast member!
Like the Walking Dead, this is one cast piece almost impossible to finish, as the actor/character turnover is so high. Several cast members took video of the screaming crowds with their iPhones before heading down the Warners booth. 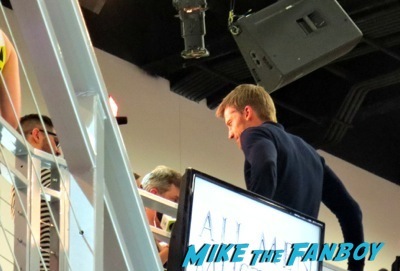 I told Gwendoline that I should really start watching this showed and she paused for a second then laughed. I then explained how we had camped out at 8pm the night before and her mouth fell open. She gave me a heartfelt thank you for doing that, which was nice.

I also told Pedro that (SPOILERS) his character’s death was the grossest thing I had ever seen on television and he agreed.

The GOT cast was fun and friendly and super appreciate of their fans! 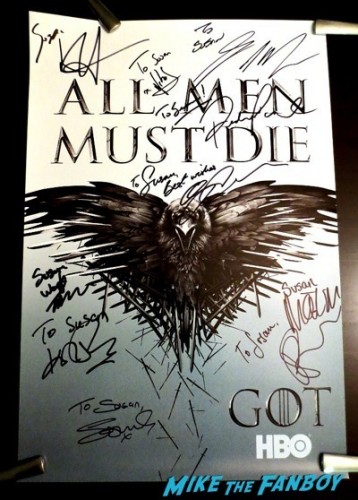