Home / Fanboying! / Meeting The Awesome Garrett Hedlund! Scotty And I Get Unbroken After Seeing The Cast! Jack O’Connell! And More!

Unbroken, the Angelina Jolie directed Oscar hopeful hosted a rare luncheon the weekend before Christmas. Scotty, Megan and I headed down because we were hopeful that Brad Pitt and some of the cast might show.

When I arrived Scotty said he saw, Jack O’Connell go in so he knew some of the cast was here. Then as I was driving like a madman on crack through the streets of Los Angeles, Scotty texted me and said Garrett Hedlund just arrived.

I practically spit. I have, and I mean quite literally the entire Garrett Hedlund magazine collection. I mean, I’m a fan. I really love Garrett’s work and I think he’s going to be a hell of an actor. He’s only just beginning, with his work in Tron and On The Road, alone, I can see great things for him.

Still, I usually don’t save stacks of magazines for one person. Yet… with Garrett Hedlund… I’ve done just that.

As I arrive, I was able to get an amazing parking spot. Woo to the Hoo.

It was only the three of us and a couple paps. I wish we didn’t get the news that Brad Pitt wasn’t coming. It would have been amazing! Doh!

And so we wait. after about a half hour, people start to leave. Scotty spotted Jack O’Connell and helped me call him over.

Jack was really cool and signed my Unbroken mini poster.

Then out came Finn Wittrock who plays Mac in Unbroken. He was also very nice and signed my Unbroken mini poster as well. 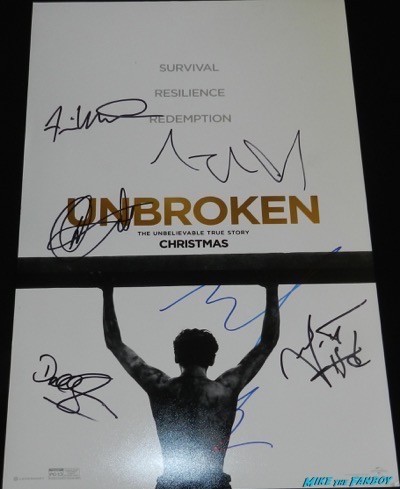 We waited a few more minutes and neither Megan or Scotty had anything for Garrett Hedlund so they volunteered to help me get my collection signed. LOL.

Can I just tell you how nice Garrett Hedlund is? Such a chill awesome guy. As he left he came on over and just hung out with us. We talked a little bit about Unbroken and I told him how much I liked On The Road, and the man signed everything we had. 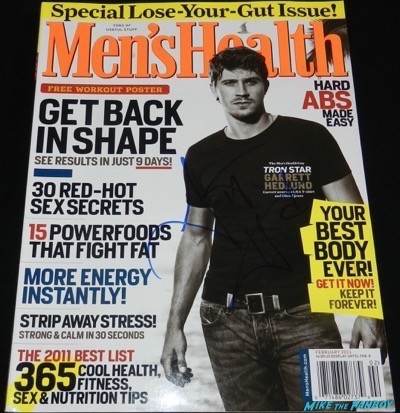 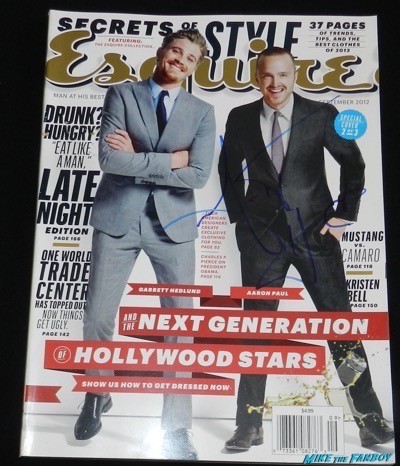 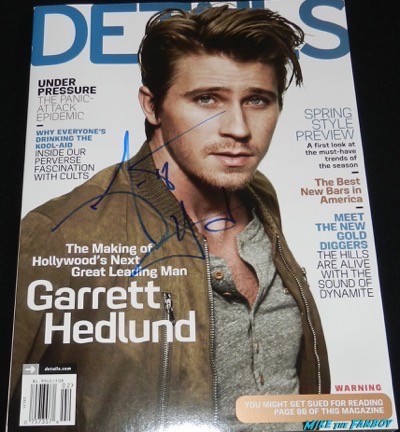 Then I got a quick picture with him before he had to go. 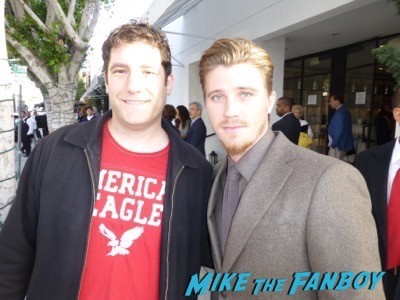 Seriously, it was an awesome day. I was so lucky I had all those magazines in my car. I would never had the time to pull all those with such short notice! 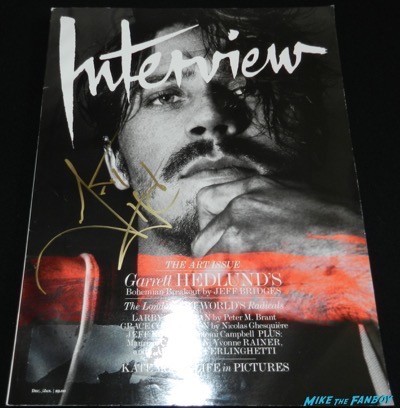 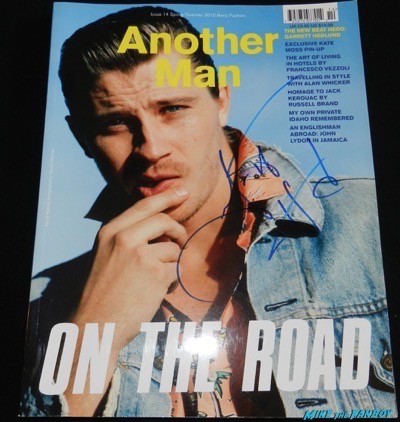 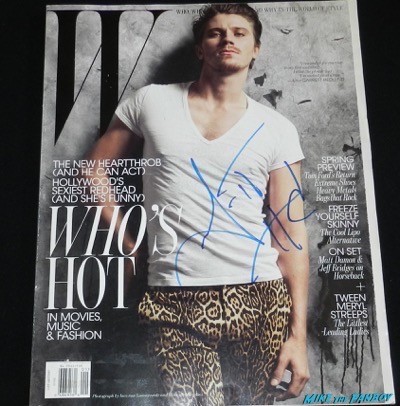