I have to admit, I love me some Geena Davis. I think I’ll always have something for her to sign. She was so prolific back in the 1990s and could excel at comedy and drama at the same time.

Scotty and I have tried to go out for her so many times. I think for five years in a row, we had our annual Geena Davis fail.

So, when I saw she was going to be at a screening this past week, I was stoked to say the least!

There were only a few of us there, and I have like five things, which I figured was a dream, but you never know.

I spotted Geena Davis walking up and we all politely asked her to sign. 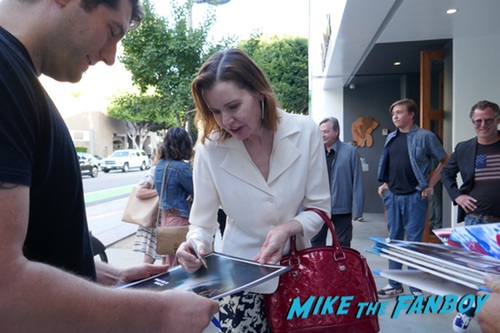 I had my Beetlejuice promo VHS presskit, which she flipped over, and then A League of Their Own of course.

Then she switched to Gold and I asked her to sign The Fly, and she said, “Oh you have Jeff, I have to sign!” Adorbs! 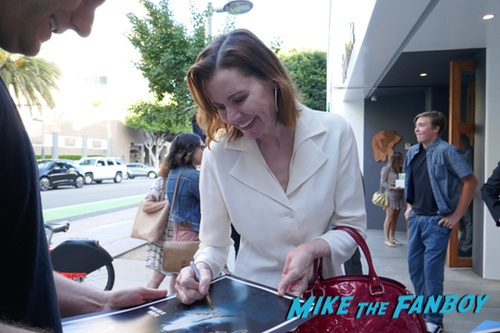 I pushed it for The Long Kiss Goodnight as well, which is such a fun film!

It was a super fast outing and I’m so happy about this one! 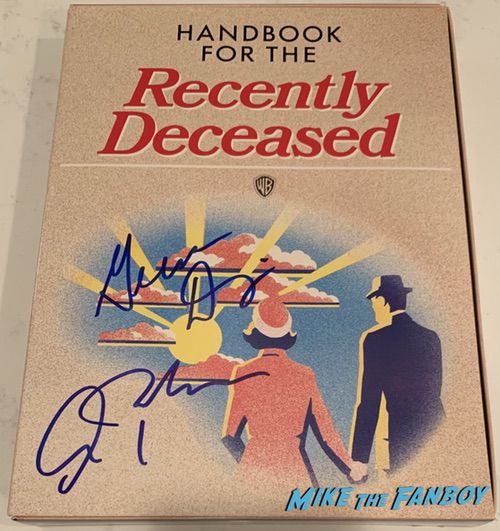 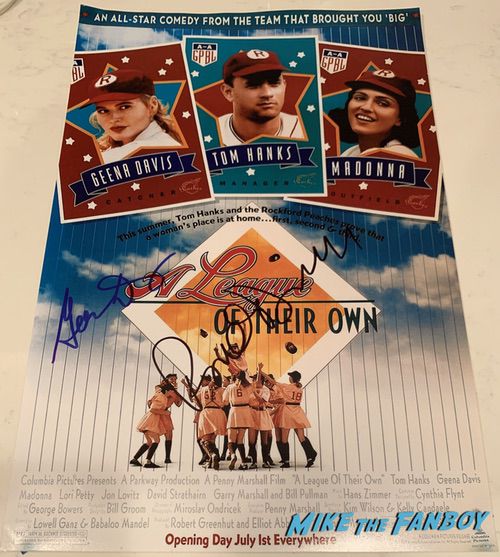 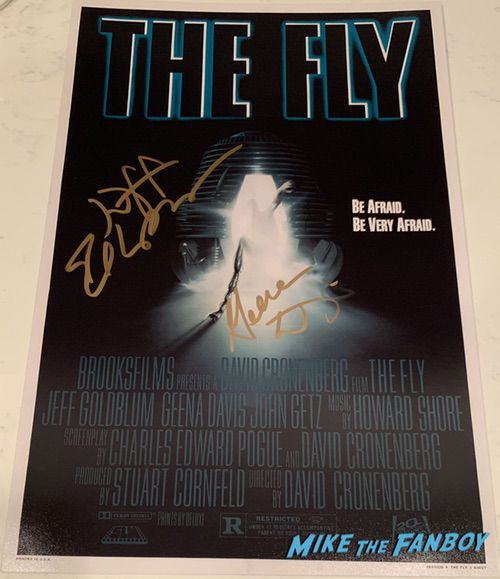 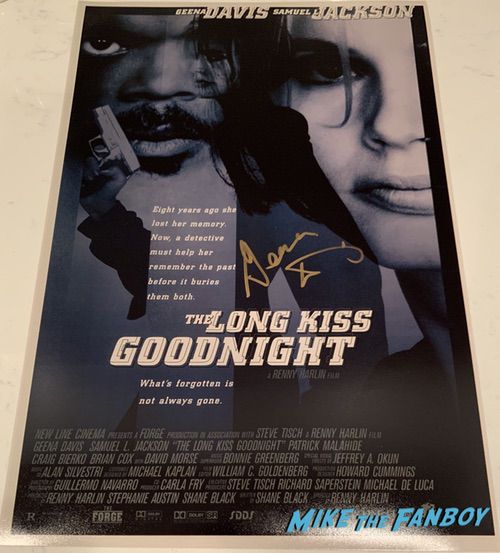