OMG! Billy Beer has returned from his hiatus and finally wrote an article. Wait… Stop yourself, calm down. It’ll be okay… Well… Wait until you see Billy’s mullet to say it’ll be okay, but still just calm down.

Welcome back to Billy Beers Bar Stool. Who??? Yeah, I know, it’s been
a while. But with Comic Con coming up in a couple of months, I figured
I would write some articles for Mike so he would hook me up with
absolutely nothing again this year.

Today we are off to the Tomorrowland Premiere for one thing and one thing only. To finish my
Damon/Pitt/Clooney piece. It that’s all I get, I would be happy. In
the 3-5 years I’ve been doing this, for some reason I have NEVER even
seen Clooney. For some reason I always had something else going on
those days. Well, I’ll finally get my chance, so let the adventures
begin. 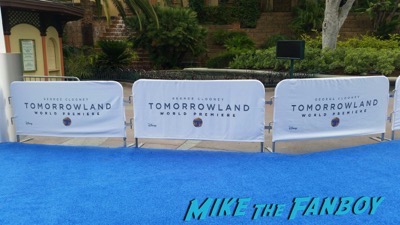 I get to the premiere fairly early only to find out that there is only
one small section, and I would already be in the second row. Not a
great start. The good news was there was an ESPN Zone right there, so
I could keep up on the daily sports. The carpet was huge, I was
surprised that there was such a small area. After an hour or two a
guard finally came over and said we could go down now. We all go
“walking” fast to get better spots. Now I felt a lot better about this
premiere.

Right before the premiere starts, they open up another small area to
the fans, a number of the graphers run down there, but I’m pretty
happy with our spots. We settle in and wait for the people cause they
have to do pictures and press before they even get to us. Now it’s
time to keep an eye out for the walkers. It’s your usual bunch of
celebrities with kids, Disney Stars or Dancing with the Stars cast
members. I don’t really have many things for people to sign, so I take
a bunch of photo-ops. 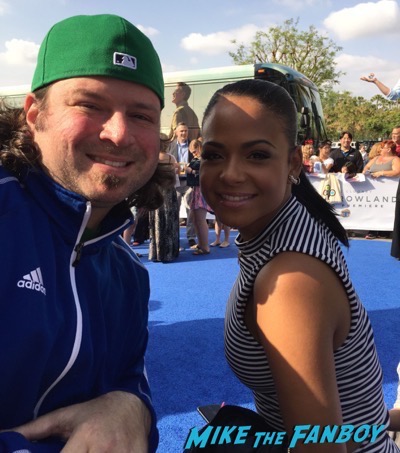 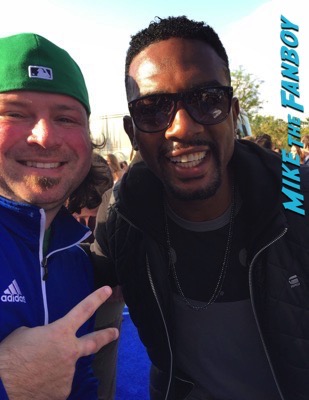 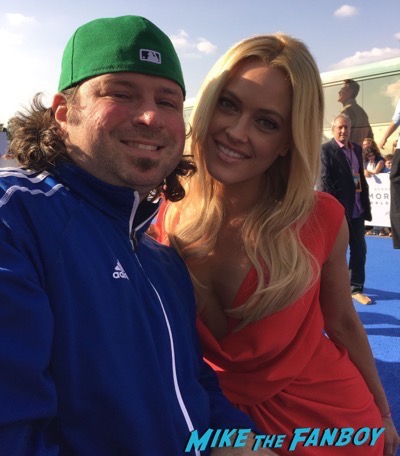 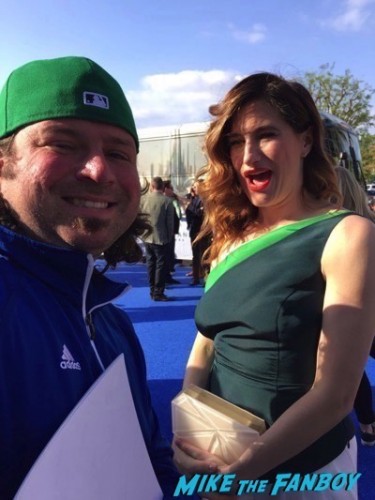 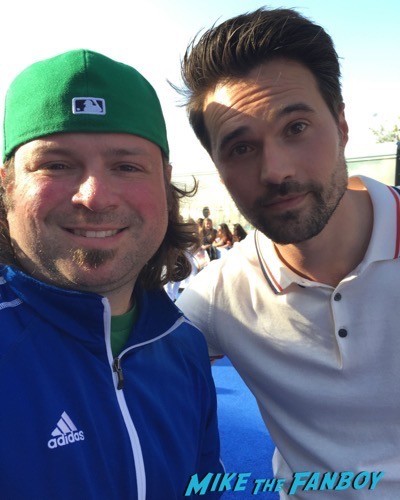 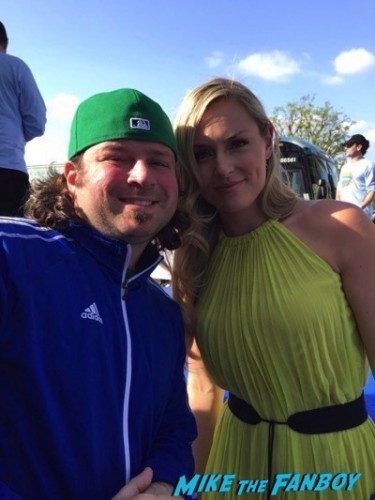 Now someone I did have a photo for was Cindy Crawford. Anyone my age
at one time had a crush on this lady. I am a huge fan of the stuff she
did with Herb Ritts back in the day, and someone was nice enough to
give me my favorite image of her. So when I finally see her, and she’s
walking by us, I geek out about as hard as Mike seeing Sarah Michelle
Geller. Luckily I don’t scare her off, and she comes over. As much as
I like autographs, I asked for the picture first. I couldn’t pass up
the opportunity. After we had our moment, she signed a few things and
I was able to get my picture done too. 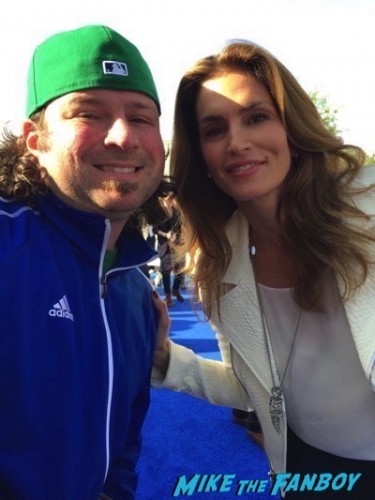 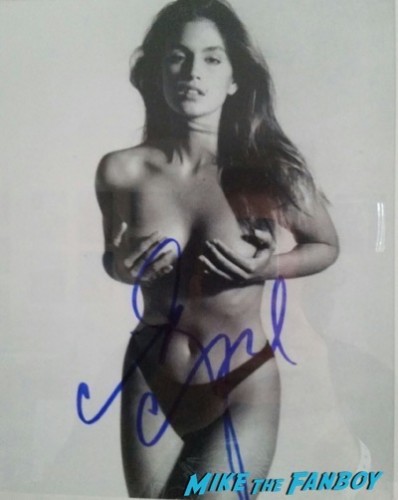 I normally would be happy with just that, but I still needed Clooney.
A few more people passed by for photo-ops, then here came George. I’ve
been told how nice he can be, and today didn’t disappoint! He was
bouncing back and forth between sides, but making sure not to skip
people. When he finally got to us, he signed a few things and then got
to my picture. I told him I’d been working on it for 3 years, and that
he finished it. He took the time to find a good spot to sign, and then
looked at the actual picture and grinned. Then without even asking he
grabbed my Gravity poster the already had Sandy and the director on it
and did the same thing. 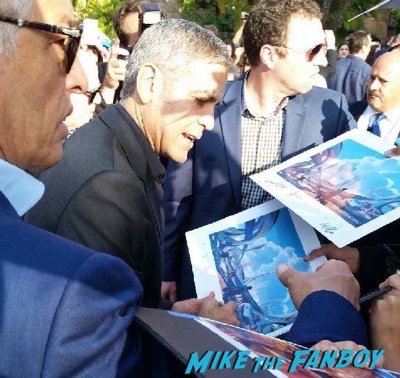 After signing a few more things and taking a few pictures, he was back
on the other side doing more of the same. The last person to go
through was Britt. She was being rushed, but still tried to sign some.
I didn’t have as much luck with her. Every time I was close, she moved
or stopped signing. I didn’t put too much more effort into it. I was
still quite happy with everything I got. Time to hit up that ESPN Zone
for a few more tasty beverages, it’s Happy Hour somewhere. Till next
time. 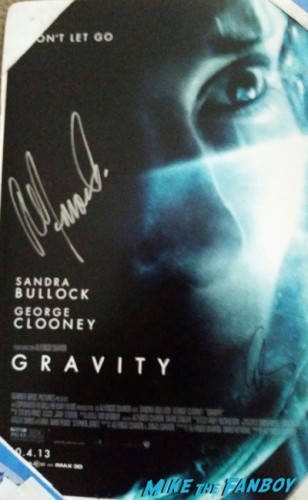 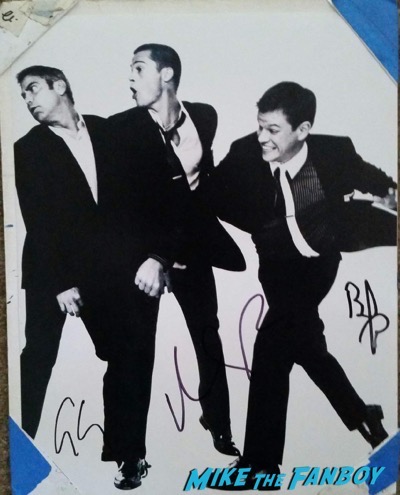