Home / NEWS / Do You Want To Meet Horror Legend George Romero? Come To The Day Of The Dead Event! September 30th!

George Romero is making an appearance at the Day of the Dead event in Los Angeles. September 30th, George Romero, who is a legend in the horror world is doing a soundtrack signing along with John Harrison and Sherman “Bub” Howard.

There is a screening thanks to La-La Land records, Waxwork Records and Creature Features. The screening is for Day of the Dead and is celebrating the release of new limited edition cd and vinyl soundtrack release. 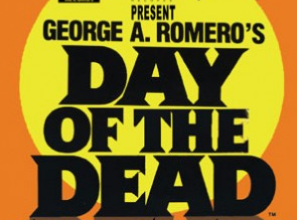 There will be a q and a after the screening and like I said a signing with all three.

The event is totally free but you have to get a ticket at lalalandrecords.com

They seem to be pretty strict and according to the release will only sign the soundtrack CD or LP purchased at the event. There is even a “These rules will be strictly enforced” caveat. They go on to say No other items will be signed at this event. Additionally, Mr. Romero does not personalize autographs, but he will allow pictures.

Still, a free screening and q and a with a legend might be fun horror fans! 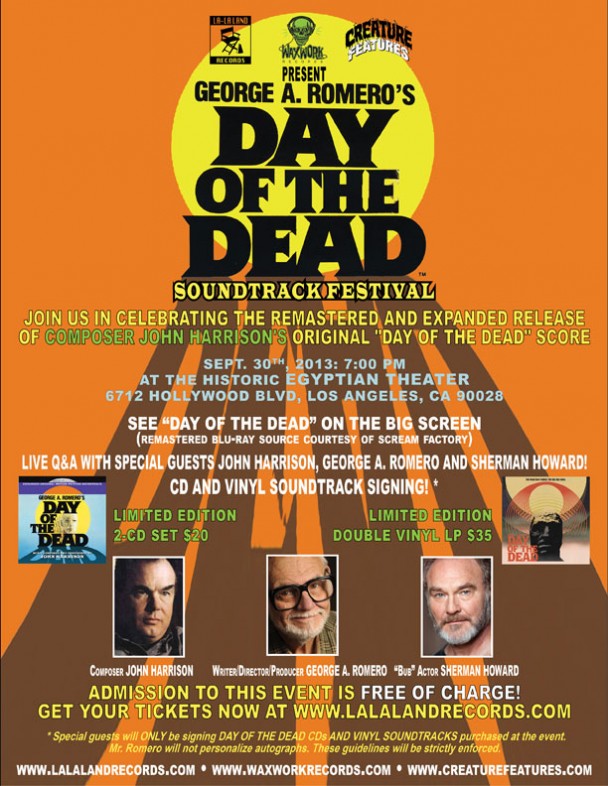