With his new film Geostorm coming to theaters in a couple weeks, I thought why not have a Throwback Thurs for Gerard! I mean, he’s so awesome right?

How can you not love Gerard Butler and he’s so nice to his fans!

Check out TT below!

I am cranky, It’s hot, I’m overworked, and I’m not feeling it today. Everything… What can break me out of my drudgery? Not Scotty The Music Man, Anushika, or Suddenly Susan who are already calling me on site from their latest escapade… Even though I love them.

Perhaps Gerard Butler can? Okay, that makes sense, so off I go armed with my 300 and The Ugly Truth mini poster.

Don’t judge me for The Ugly Truth, I liked it okay!

I took my place in the line of about 20 ish people a this point. Said hello to the guys, and settled in to play Candy Crush.

The heat… It was damn hot. Just saying.

I talked to Mary, I talked to myself. I missed my dog. And yet, we wait.

Scotty came by to chat, he got some great news today, so we’re all very happy for him.

Then I stretched my legs, talked to the guys, you know… The usual things you do when sitting in a line in an ally. LOL.

Susan has a really nice Phantom of the Opera print that looks amazing. Scotty has a 300 photo, Anushika has a lock of Gerard Butler’s hair… Kidding. She has a photo as well.

The line has grown to about 50 people now, and time is growing shorter.

Then, I head back to my spot and more Candy Crush, Ah the Crush De Candy nothing’s better to kill time.

Then, a rumble started to happen, people started to shift, get up and life sprung up in the tired, hot faces of the people around us. Women whipped out their compacts and reapplied make up, it was go time. 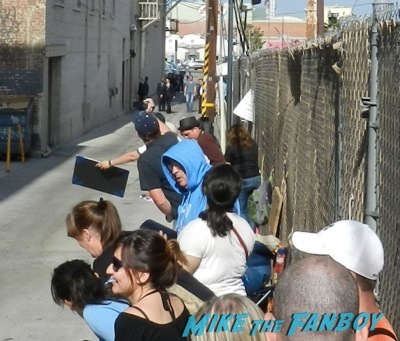 Gerard Butler left and as usual was great to come right on over to the people. I was mid way through the line and I waited with my two items. Gerard was signing one each, which is fine considering the amount of people who were waiting. 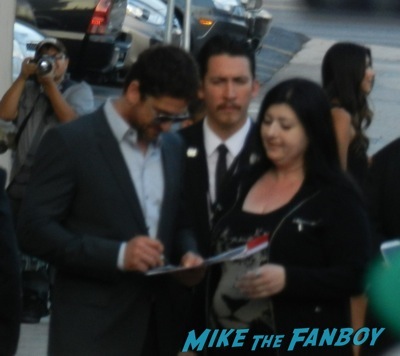 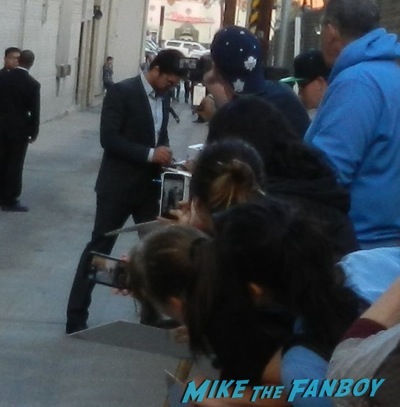 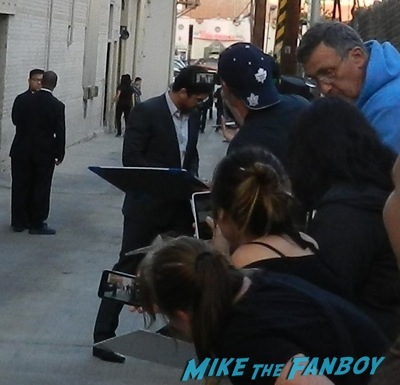 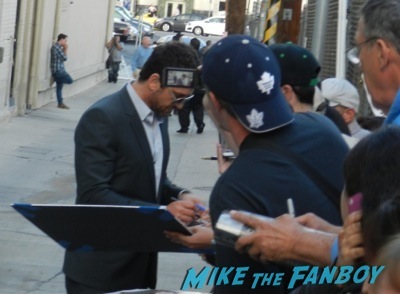 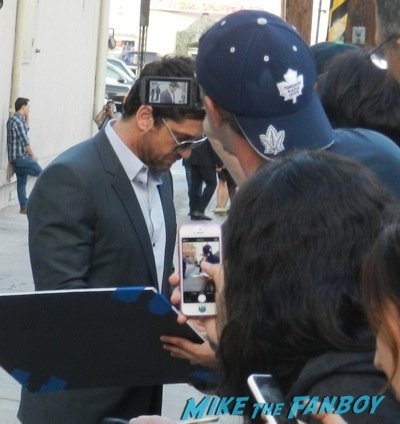 I had my 300 poster out and she was heading down. Sadly, the gold pen he had was completely dead. Like doornail dead. Ugh… And even more sad, he wouldn’t switch pens. Ugh… Damn the person who gave him that gold pen! 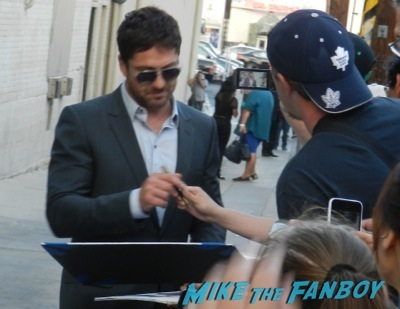 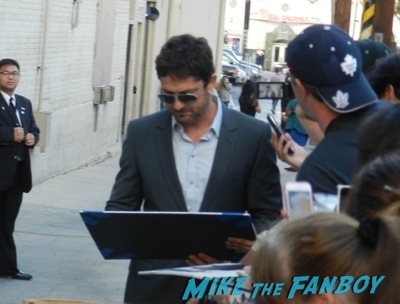 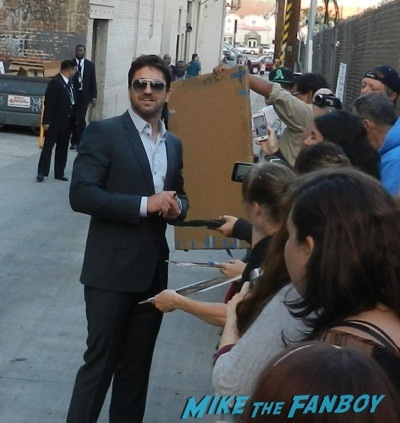 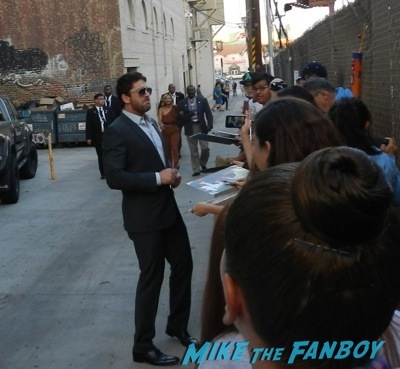 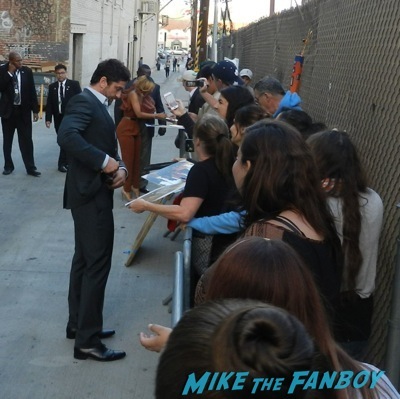 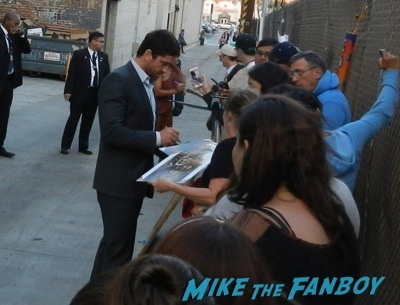 Gerard was moving fast, but he had a lot of people to cover so you know, it’s to be expected. I was going to try and opt for a photo instead of the autograph but it didn’t seem like he was doing photos and I really have a nice one with him before, so… It’s fine.

Sadly, the gold pen really is dead, and my poster is kind of… well… ugh… oh well. 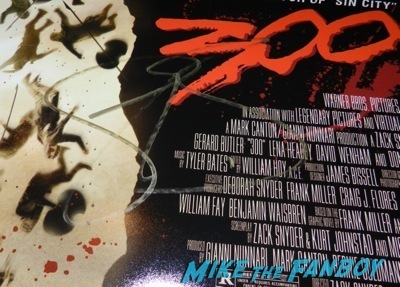 Gerard made it all the way down the line and even started photo ops towards the end! Doh! 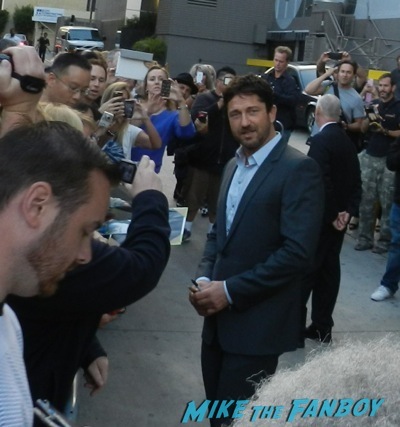 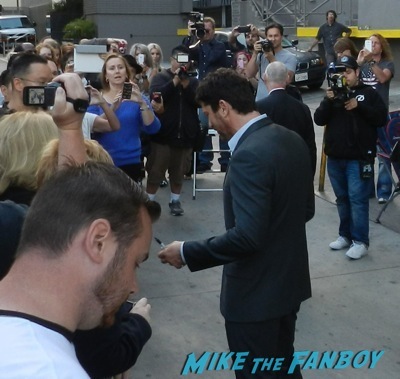 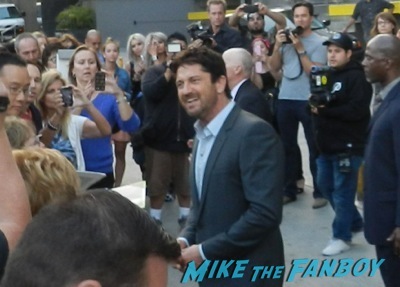 Oh well, I have another excuse to go out for him again right? lol.

I’m really glad he’s still as nice as ever and cares about his fans. It’s an awesome thing! 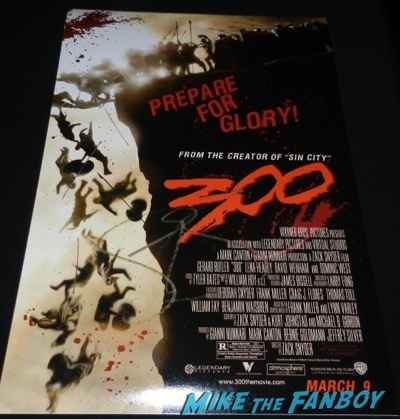