Soooo… We were sent this awesome swag box thanks to Universal and Blumhouse. It’s for the new film, Truth or Dare which opens Friday the 13th! 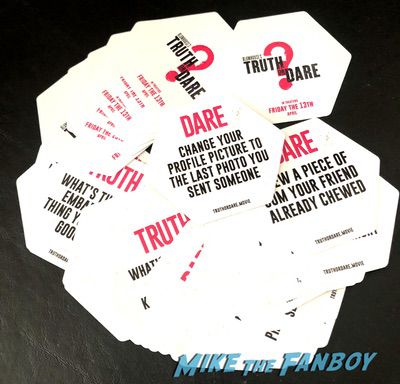 Some of us here at the MTF offices got together and did a quick little fun. So check out our video of a bunch of us and some friends of Mike The Fanboy playing the game.

There are some… edible friends involved. LOL.

We’re not playing the game, it’s playing us!

A harmless game of “Truth or Dare” among friends turns deadly when someone–or something–begins to punish those who tell a lie–or refuse the dare. 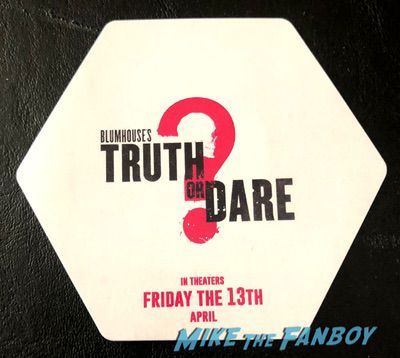 Lucy Hale (Pretty Little Liars) and Tyler Posey (Teen Wolf) lead the cast of Blumhouse’s Truth or Dare, a supernatural thriller from Blumhouse Productions (Happy Death Day, Get Out, Split). A harmless game of “Truth or Dare” among friends turns deadly when someone—or something—begins to punish those who tell a lie—or refuse the dare.

Now, you can win one of the packs for yourself!

And then enter to win:

The Truth or Dare Game Night Pack has:

1 – Limited Edition Truth or Dare Card Game: This limited edition Truth or Dare Game is only available via this promotion and has a run of 200 pieces worldwide. It has a card deck featuring dares and the creepy crawly items you need to satisfy the dares in the deck. Test your resolve… The truth will set you free! 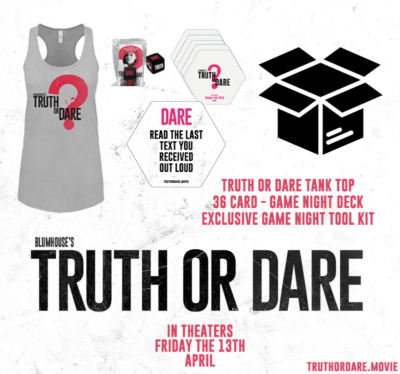