There are very few shows that burn as hot and as bright as Fox’s Glee. It was a huge hit that formed it’s own fanbase who called themselves “Gleeks,” sold millions of albums and even had it’s own arena tour. Few shows can boast such an accomplishment. 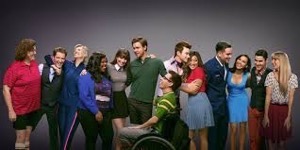 Now, the final season of Glee: The Final Season (S6) has been released on DVD and while it’s had to say goodbye, it’s even harder to say goodbye while hitting a high note. As the season opens Rachel (Lea Michele) returning to McKinley High and finding it run by Sue Sylvester (Jane Lynch) like a military school with no arts programs. Rachel is in a career slump, as her TV pilot was reviled and her stint on Broadway short lived. She decides to reboot New Directions and pays for it out of her own pocket. 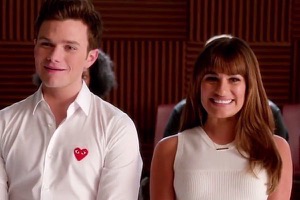 Blaine (Darren Criss), has been down since he and Kurt (Chris Colfer) have called their engagement so he takes a job as the leader of The Warblers. Will Schuester (Matthew Morrison) is the leader of Vocal Adrenaline and while they are powerhouses, he longs for the New Directions once again. 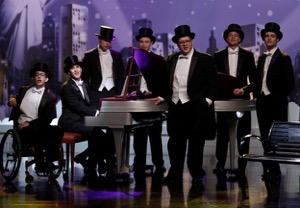 With these returning cast members in place, it’s difficult to incorporate the newer cast members, most of whom have been jettisoned which is unfortunate because they were just starting to find their groove as an ensemble. The lone member of that cast is Kitty (Becca Tobin) who eventually joins the New Directions and helps Rachel to put the group back together. 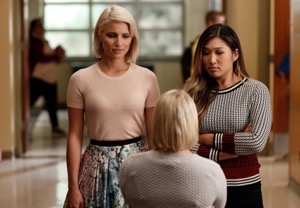 Eventually, The Warblers join with New Directions and Will comes back to McKinley High. There are several interesting side stories with Coach Beiste going through a sex change, the addition of a new gay football player and Becky’s dating habits. The one thing no one can shake however is the ghost of Finn (Cory Monteith) it seems like every other episode is a half memorial to his character. I’m sure it’s difficult to continue a series in the wake of such a shocking and sad death, but this season in particular it seems really hard to continue. 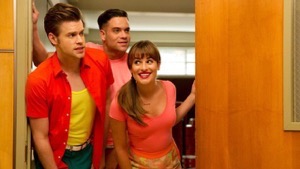 Every time I talk about Glee, there is one of two reactions, the people who love it and the people who hate it. Personally, I find the series frustrating at times, but you have to “go with the flow” per-se. I mean, there’s not a high school in the world that would allow their principal to act like Sue and the over the top subplots are sometimes hard to swallow. Why would Sue put a fake elevator in the high school and create a small “Saw-esque” puppet only in order to get Kurt and Blaine back together. It’s plots like these that make Glee frustrating at times. 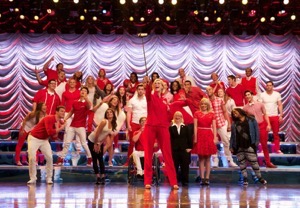 Still, I do admit, I like the characters. Seeing Brittany (Heather Morris) and Santana’s (Naya Rivera) wedding was a lot of fun, plus seeing original cast members like Jessalyn Gilsig, Jayma Mays and Dianna Agron again. I also liked seeing the flashback episodes and watching Lea Michele being the “old” Rachel Berry. It was a nice trip down memory lane. 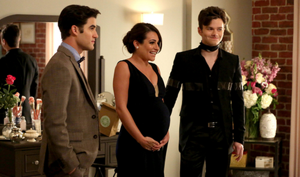 The reality is, when it comes to final seasons of any series they can only be somewhat satisfying. I can only think of a couple finales that are regarded as the best in history, this season of Glee will not be one of them, but will remember the series fondly and with regard. It broke the rules, showed us all diversity, what it means to be different and it gave us hope. That’s a pretty impressive feat for any series. 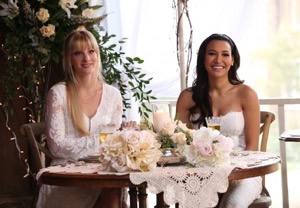 Glee: The Final Season is out now on DVD! 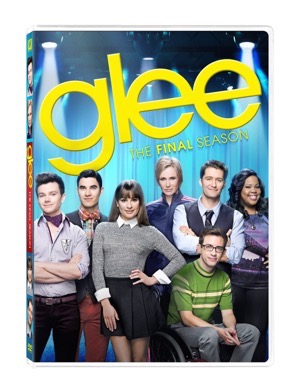