It’s no secret one of my favorite new shows is GLOW! It’s just such a great series and I can’t wait for season 2!

The series celebrated their first season with an awesome FYC event with the cast including:

The panel was great and you can tell how much the cast appreciates the show. 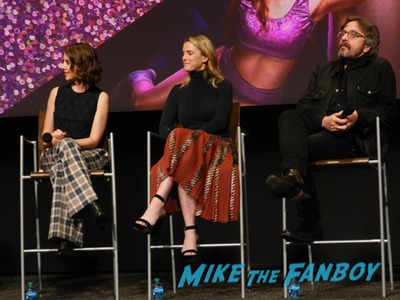 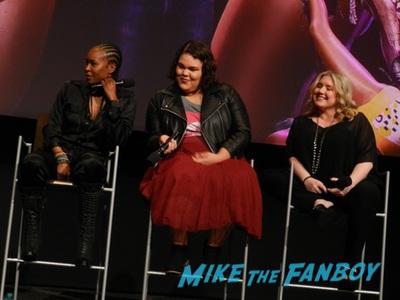 Britney Young talked about the series being her first big break and how she was an assistant before the show started.

Alison Brie was enigmatic as usual and brought a great energy to the panel. 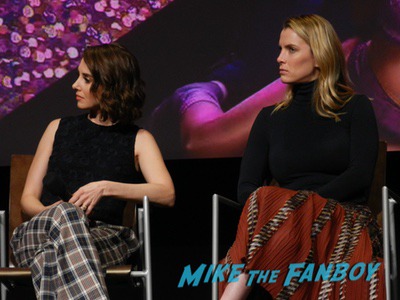 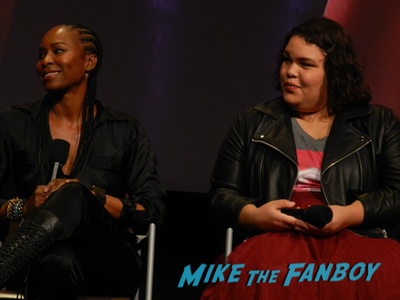 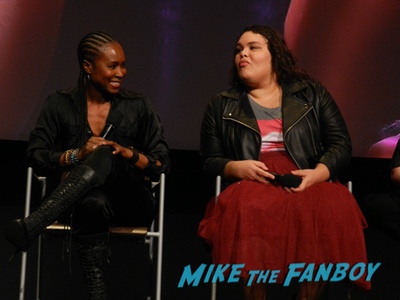 Betty Gilpin was adorable and talked about her journey to the show and how much wrestling there really was. She said that all the women on the show wanted to do more and more.

Sydelle Noel talked about the series and how diverse it is and how great this series can show that.

After the panel there was a reception and all the cast stayed. I couldn’t get to Marc Maron who had to leave quickly to tape his podcast.

Britney Young was super adorable and stayed the entire night.

Alison Brie was hilarious. My friend Gaston was getting a picture and I was spacing out and he yelled, “Mike, get the camera.”

So that became a running joke of the night and Alison even wrote that on my poster. 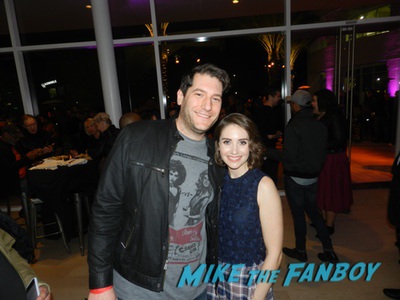 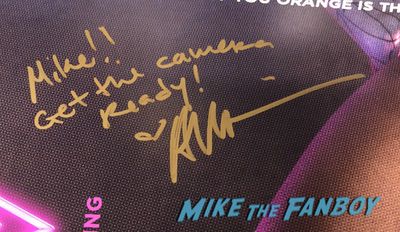 Betty Gilpin was great as well. She signed my American Gods posters from last year and we talked about the show a little. She said how they haven’t even started filming and she doesn’t know what’s going on with the series right now. Yikes. 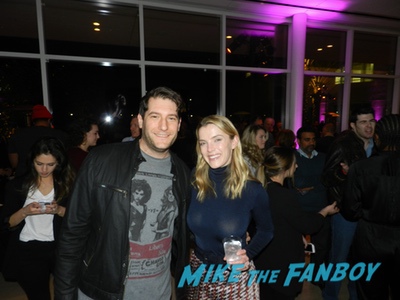 Sydelle Noel was very nice as well, everyone was very calm and chatty. It was very cool. 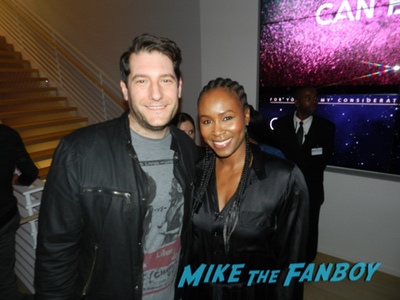 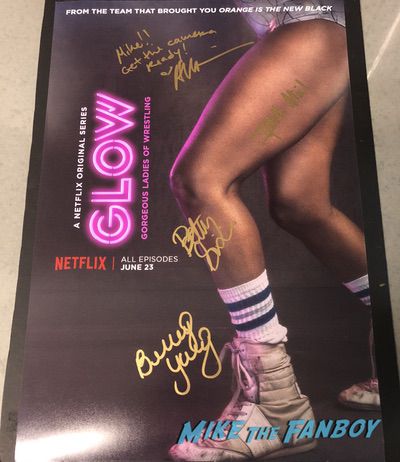 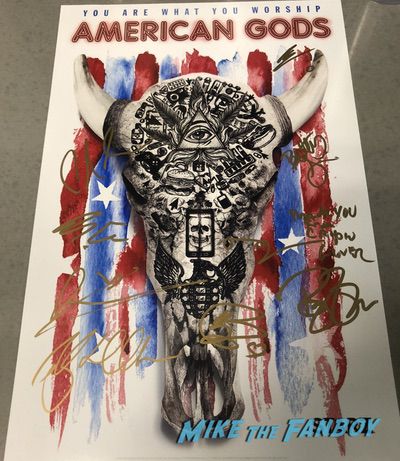 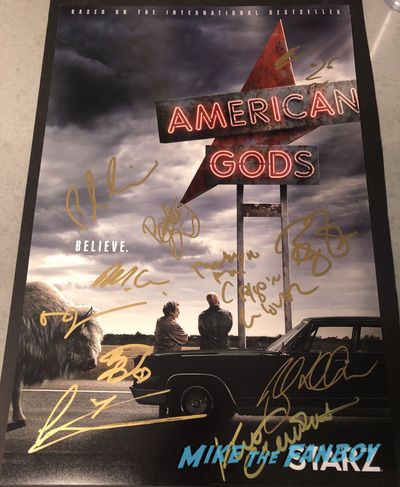