Chinese movies have always done well when they make their way over to the West, with a number of Chinese actors being quite famous in Hollywood as well. Names such as Jet Li, Chow Yun-Fat, Jackie Chan, and of course, Bruce Lee, are synonymous with the rise of Chinese-American cinema. However, some Chinese movies may take decades after their release to have any sort of impact in Hollywood, and ‘God of Gamblers’ is one such flick.

Released all the way back in 1989, this movie is still relatively unknown in Hollywood, despite starring Chow Yun-fat and Andy Lau. However, it was a relative success upon its release in Hong Kong, and it became a series, with a sequel, a prequel, a parody movie and even a spin-off all being released soon after to capitalize on its popularity. ‘God of Gamblers’ is directed by Jing Wong, who is one of the most prolific writer/directors in that part of the world, with an average of five films written and three films directed every year since 1978. Gambling movies have been one of his favourite genres, and so ‘God of Gamblers’ is just one in a list of such flicks created by him. 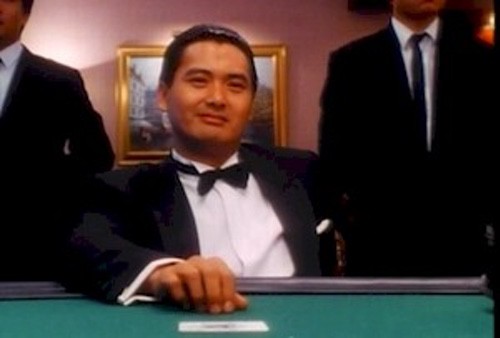 In the movie, Chow Yun-Fat plays the role of Ko Chun, the eponymous ‘God of Gamblers’, who is either supernaturally talented at various casino games, or is a complete cheat who has not been caught yet. At the start of the movie, Chun is asked by his opponent to play and beat a mob boss for revenge, and while he is escaping from the mob, Chun falls victim to a prank set up by Andy Lau’s character, called Knife. He picks up a head injury, which causes him to lose his memory and regress back into a child-like state. This provides much of the comedy element for the majority of the movie, as Knife and his friends try to use Chun’s gambling skills to their benefit, only for his child-like behaviour to foil their chances every time. At the same time, the mob has not given up on tracking down Chun, and is still on his tail. 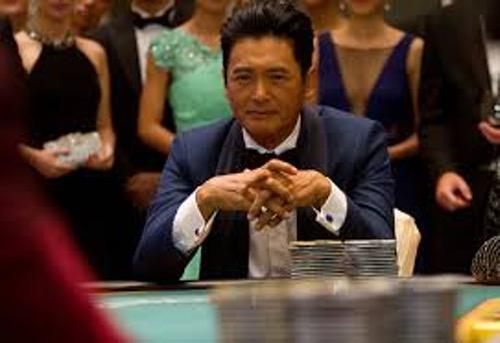 This is a brief summary of the plot, which is a mix of revenge, comedy, action, gambling and crime. It may seem that there are too many elements for the movie to work, but weirdly enough, it manages to do so for the most part. High-stakes action meets slapstick comedy in this flick, and manages to keep the audience’s attention for the majority of the film. As mentioned, most of the comedic elements center around Chun’s now infant-like brain, and his inability to comprehend regular sights and sounds. One particularly funny sequence involves Chun misinterpreting the sounds in a brothel, which are, quite obviously, of an adult nature. There are some decent action sequences, with the highlight being one where Lau’s character falls three stories headfirst onto a tarpaulin. The comedy bits can be a bit of a drag, and they are quite slapstick and low-brow in nature, but all of these issues can be mitigated by the fact that the world shown in the movie is quite cool and interesting. 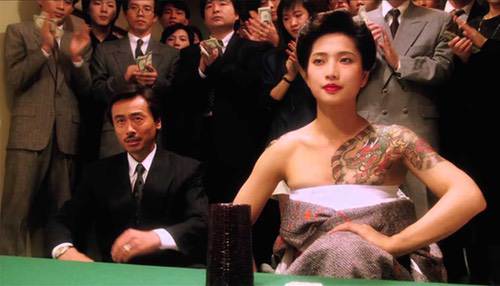 The gambling sequences, especially, are slick, with men in tuxedos moving from one casino to the other in limousines. Further, all the weird and wacky elements of the movie come together at the end, with a superb parking lot gunfight, followed by the best and most entertaining poker game of the entire movie.

All of these factors make ‘God of Gamblers’ an entertaining watch, as much as to understand the appeal of these movies to the Chinese and Hong Kong markets as for its own merits as a funny, wacky and ultimately entertaining gambling movie.