The FOX series has been burning up the airwaves for a year and a couple stars of the series headed to Golden Apple Comics to do a rare signing for fans.

MTF Reader and all around awesome dude Neil headed down to check out the event!

Sunday morning I found out via Twitter there was a “Gotham” signing with series stars Ben Mckenzie and David Mazouz later that day. The signing wasn’t too far from my place, and while the first season of “Gotham” has had it’s up and downs, this Bat-fan couldn’t miss a chance to meet Jim Gordon and a young Bruce Wayne.

After waiting a few hours in line, Ben and David arrived right on time and greeted every fan outside with high-fives. The signing started promptly at 1:00 pm and was ran smoothly by Golden Apple Comics and their staff. 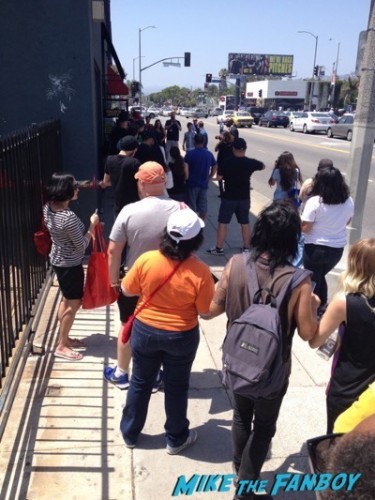 Both Ben and David were friendly and great with the fans. I got a picture with both gentlemen and both signed my Gotham cast piece. 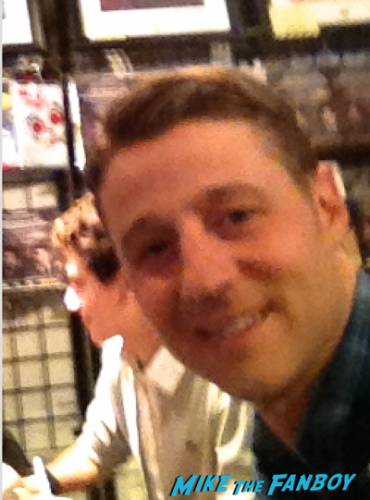 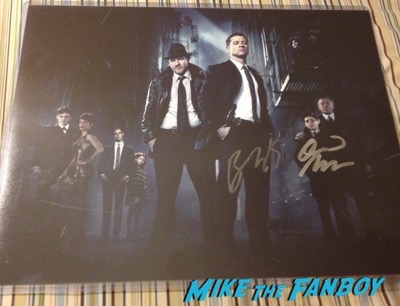 While the signing went well, the best part was still to come. Each person in line was given a raffle ticket and I left the store the winner of a full-sized poster signed by most of the cast.

Not a bad way to end the day. 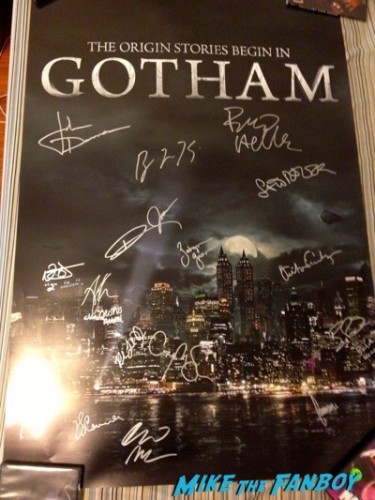