I don’t know why, but I’m in a Matthew McConaughey mood. Call me crazy.

Last year, I was able to meet him and the cast of the film Gold. It really was a great q and a and Matthew was very nice signing a couple things for me.

Check out Throwback Thurs below!

As you have probably surmised it’s Awards Season here in Los Angeles. There are many films vying for attention and one of them has been Gold. The film starring Matthew McConaughey and Bryce Dallas Howard is a unique and interesting film.

There was a q and a with Matthew McConaughey, Bryce Dallas Howard and Edgar Ramirez and each really showed a lot of passion for this project.

“The main element of the story is how flawed this individual is. You root for him because he has this dream and we learn that the burning need isn’t that wealth, it’s the dream, it’s the discovery.” said Bryce Dallas Howard. 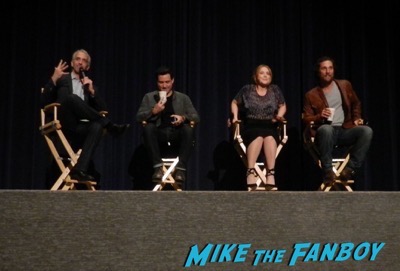 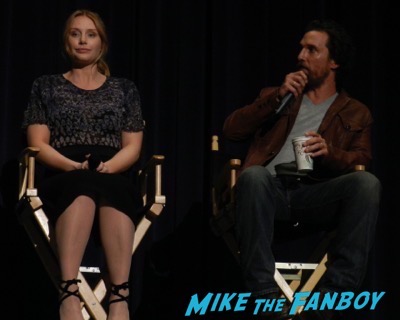 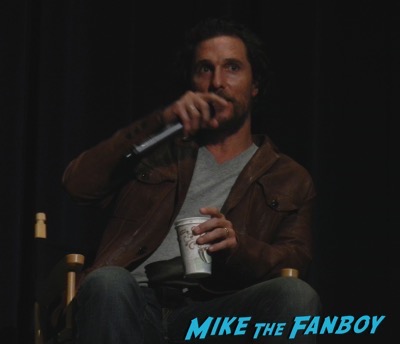 The cast was in agreement about the anti-hero nature of the main characters.

“That was the fun and mystery of this character. Matthew McConaughey and I agreed upon it, we have a secret.” said Edgar Ramirez.

“We’re we in on it, were we not in on it. Who knows.” Matthew McConaughey said. 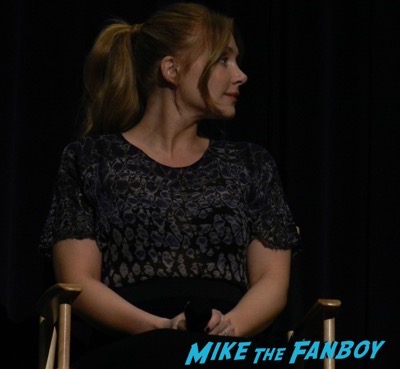 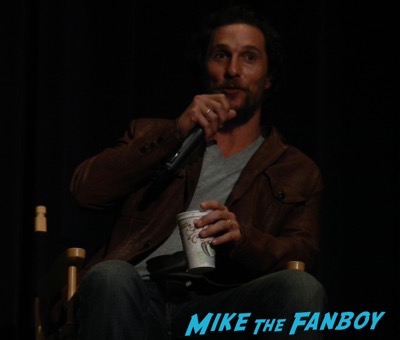 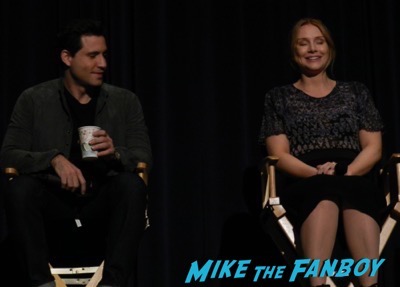 “I remember shooting the film and Stephen (director) would come to us and he would be say, ‘hey are you?’ and we would be like, ‘I dunno.’ The fact that the contents that what we do are in are fictional doesn’t mean that they aren’t real.” exclaimed Edgar Ramirez.

“We talked about doing something where there was a hit, but we said we were never going to play the characters hand.” Said Matthew McConaughey.

“The whole movie is a memory, a recollection of events. So who knows? It’s a character created by another character.” Edgar Ramirez said with a smile. “It’s interesting to play a character who is half truth and half fantasy.” 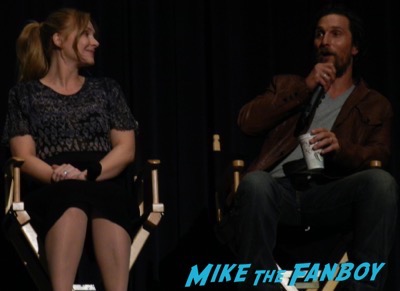 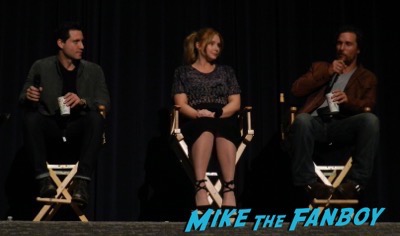 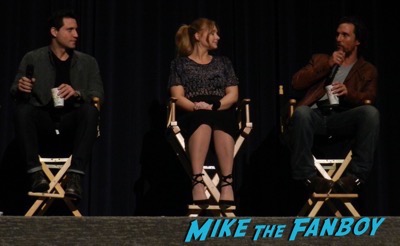 The physicality of the film was very important.

“I found it so appealing” laughed Bryce Dallas Howard, “When I saw you (Matthew McConaughey) and you were back to this situation, I thought I like you better fatter. To be candid, it’s… one of the most fun things you get to do is go through the highs and lows of a relationship. This is a love story. Kay loves Kenny. She feeds him, she worships him, and that’s how I felt as well.” 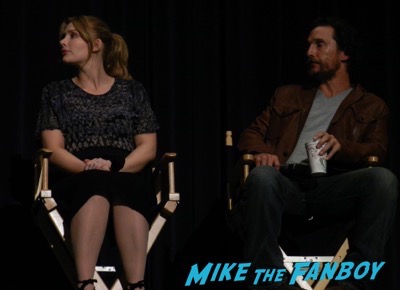 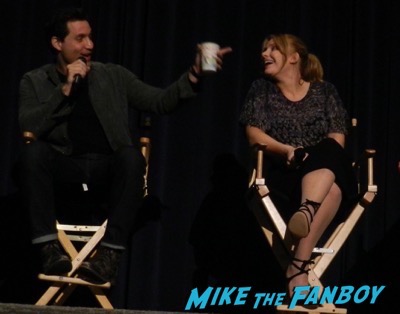 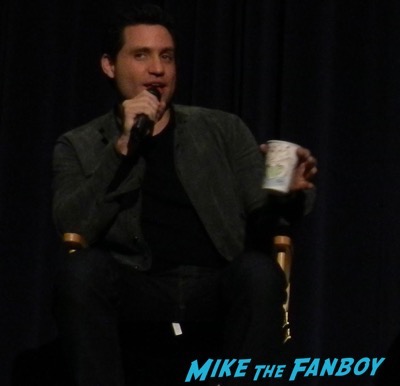 After the q and a Matthew McConaughey was nice. He was happy to sign my A Time To Kill poster and he also signed my Interstellar poster although he wasn’t happy about signing a second piece for me. He still did it though, which was nice of him.

Bryce Dallas Howard, is adorable! I only had the Gold poster for her and she signed it.

By the time I got to Edgar Ramirez they were trying to usher everyone out, but he made sure and took the time to sign it for me.

It was a great night and the autographs are very nice! 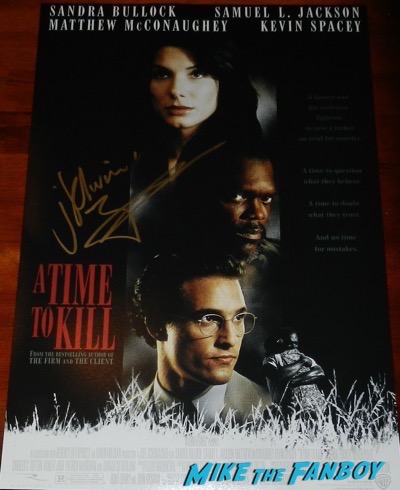 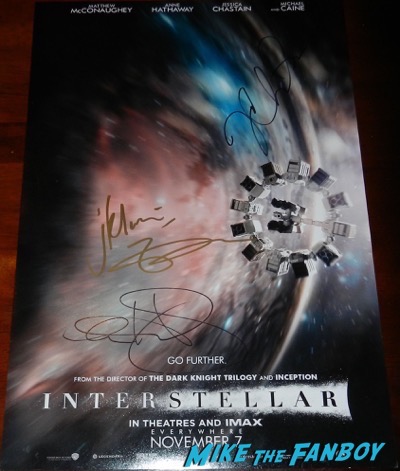 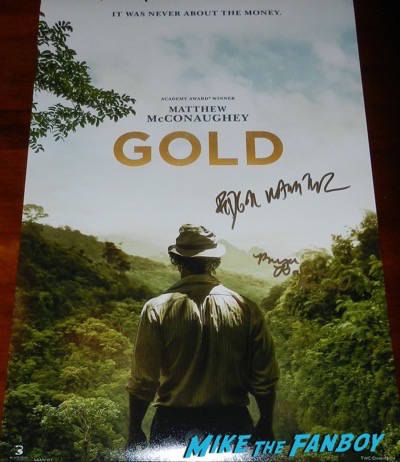