It’s so awesome to see the stars of your favorite films back together!

Pinky had an amazing weekend meeting not one, but two Goonies! Both Corey Feldman and Sean Astin were out and about and Pinky was able to get the double photo opp with Mikey and Mouth! #awesome!

Hello, my lovelies. Pinky Lovejoy-Coogan here thinking back to a simpler time. A time when boys were the only thing that mattered; specifically, lusting after those boys in all the teen magazines like Teen Beat, Bop, and Tiger Beat. My walls were adorned with countless cut-outs from these magazines (especially if they had Ricky Schroder on them), but occasionally a non-Ricky Schroder person would get through. It wasn’t often, but it would happen. 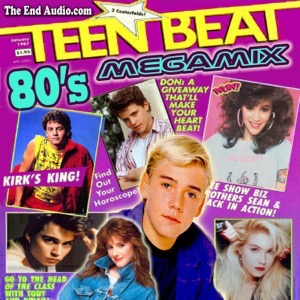 Around this same time, I decided to write letters to a few of my faves. Now, if a teenager wanted to write their fave star today, all they’d have to do would be to find their Twitter handle, or an Instagram account, or even a Facebook page. But back in the ‘80s, this information was hard to come by!

In fact, I don’t even remember how I found these addresses – although, I’m guessing they were in the back of these magazines or something like that. We didn’t have the internet or easily accessible ways to get close to our fave stars….which is probably why it made them even more “dreamy.” 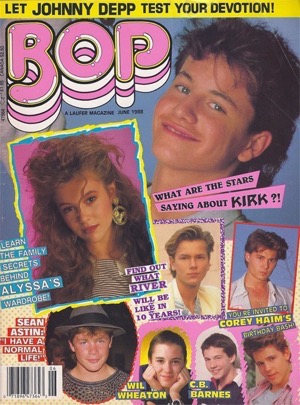 I only wrote a total of three fan letters in my time, all around my birthday; I wanted to invite these dreamy stars to my party. I can’t believe they didn’t come (ha!). The first one, of course, was Ricky Schroder. The second one was Jason Bateman (who I didn’t really crush on, but he knew Ricky Schroder). The third one was Sean Astin (aka Mikey from Goonies) who was my fave by far in Goonies. 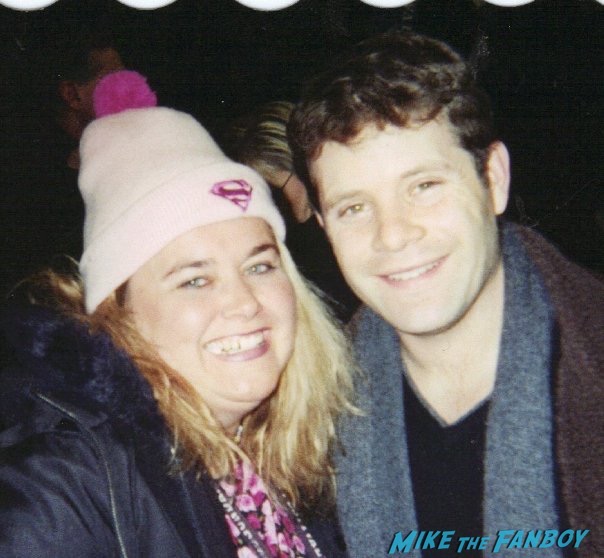 The only reply I received was from Jason’s “people” telling me he had a play in Hollywood and we should come. And we did. 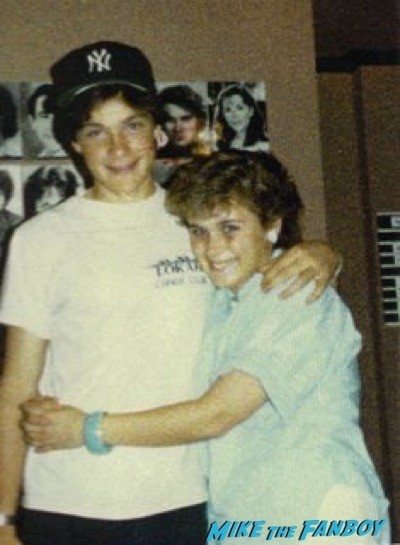 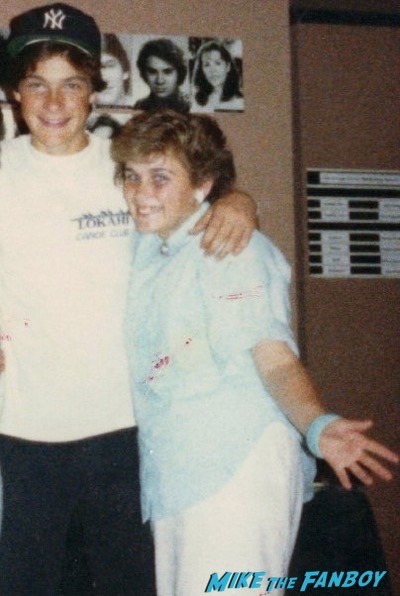 My mom drove three hours each way for me to meet Jason Bateman (the picture was in my article last week on the Silver Spoons crew).

Recently Keith and I were able to hang out with both Sean Astin and Corey Feldman and I had to pinch myself that I’m now attending events where we’re sitting next to them…when 30 years ago I was just watching them on my movie screens. As a total wanna-Goonie myself, getting to take a picture with two Goonies at the same time was a dream come true! Pinch me! 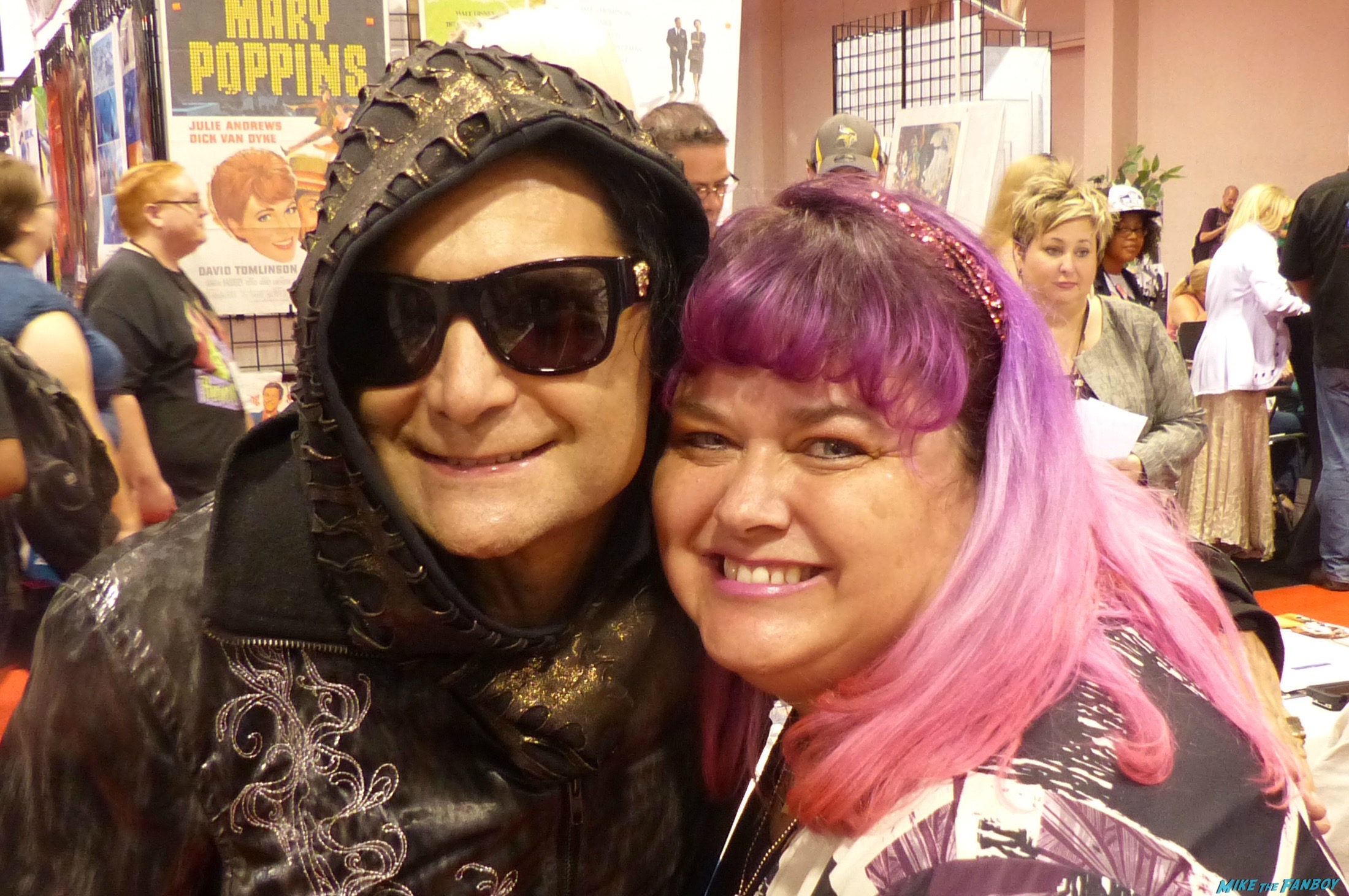 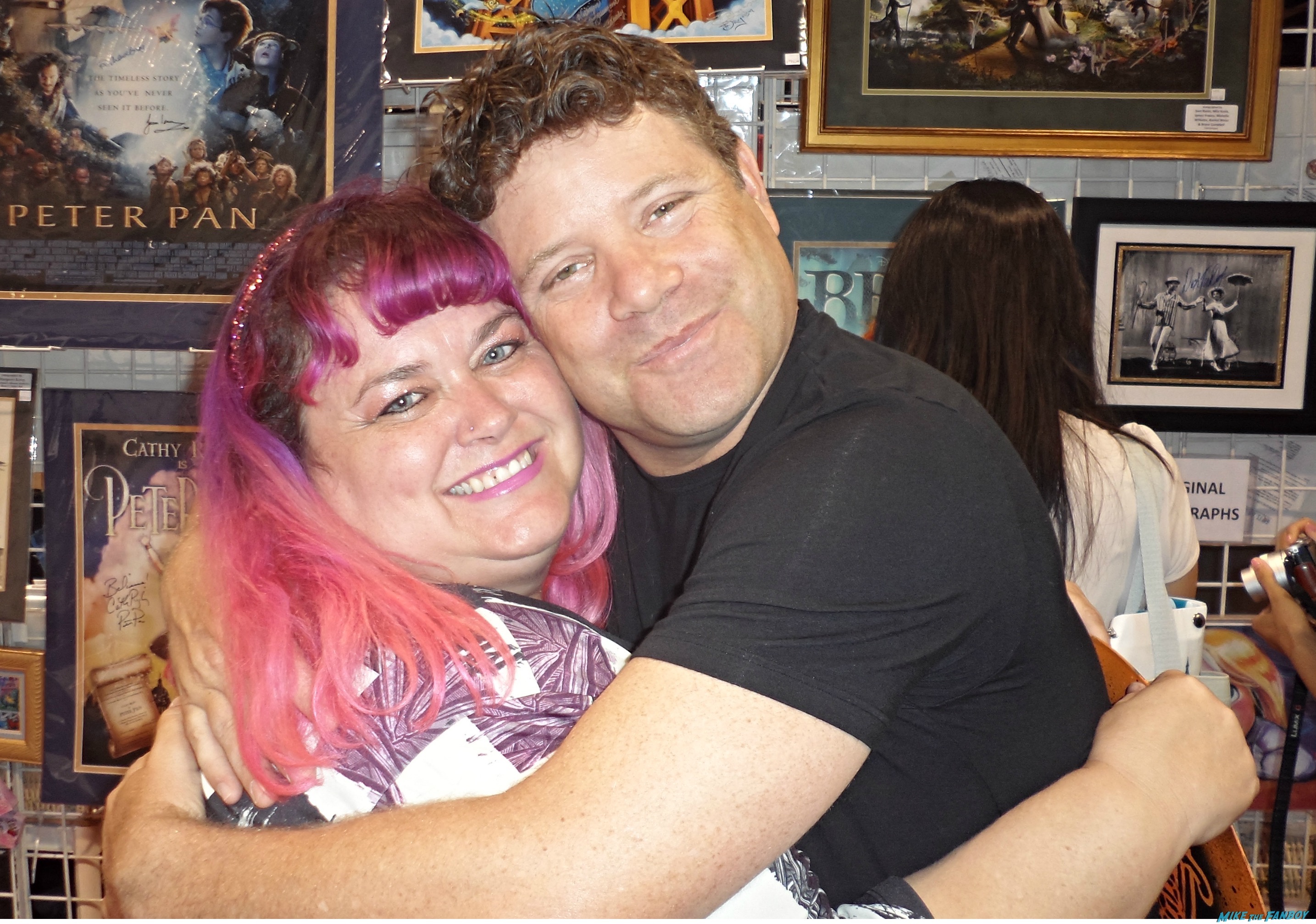 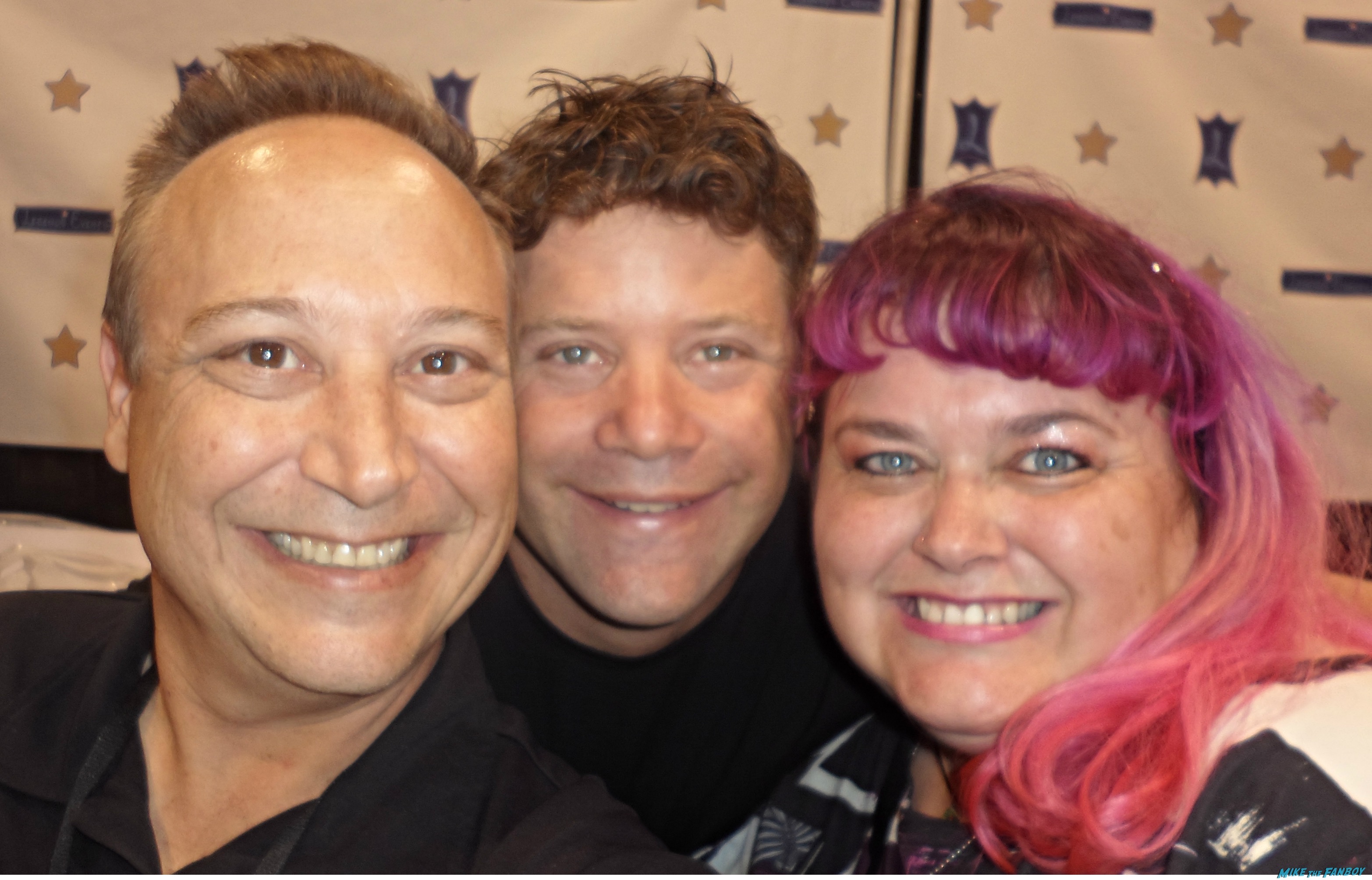 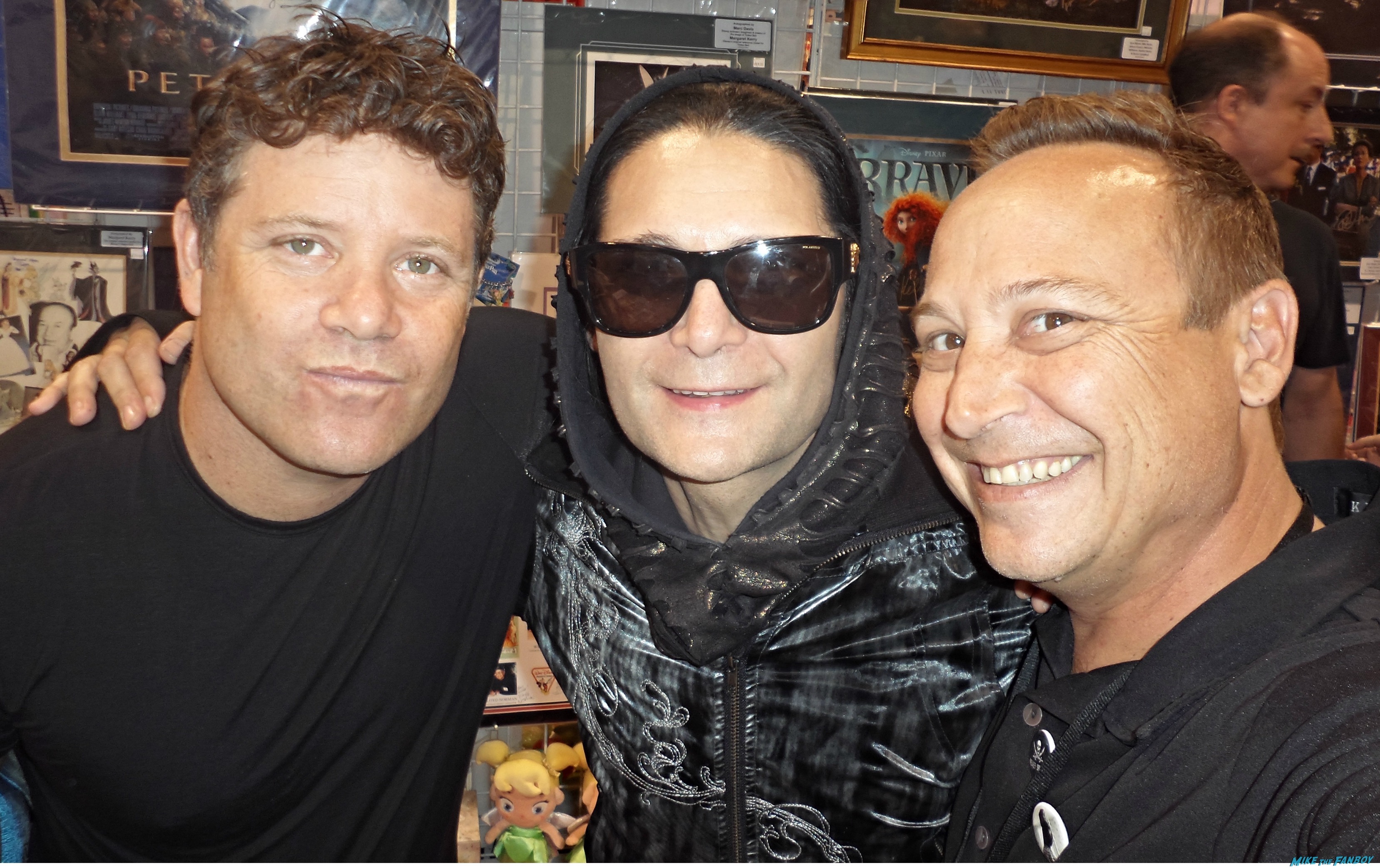 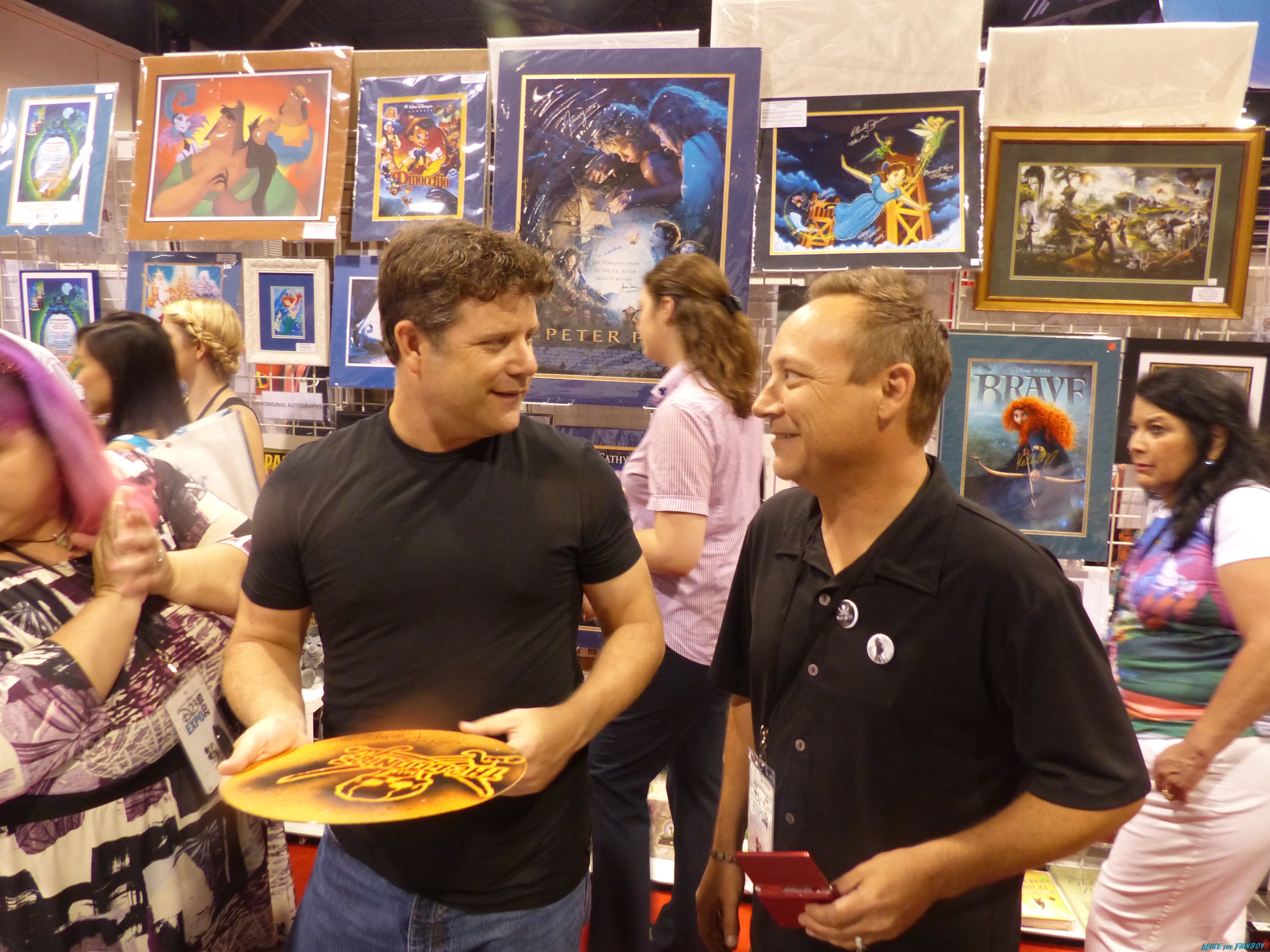 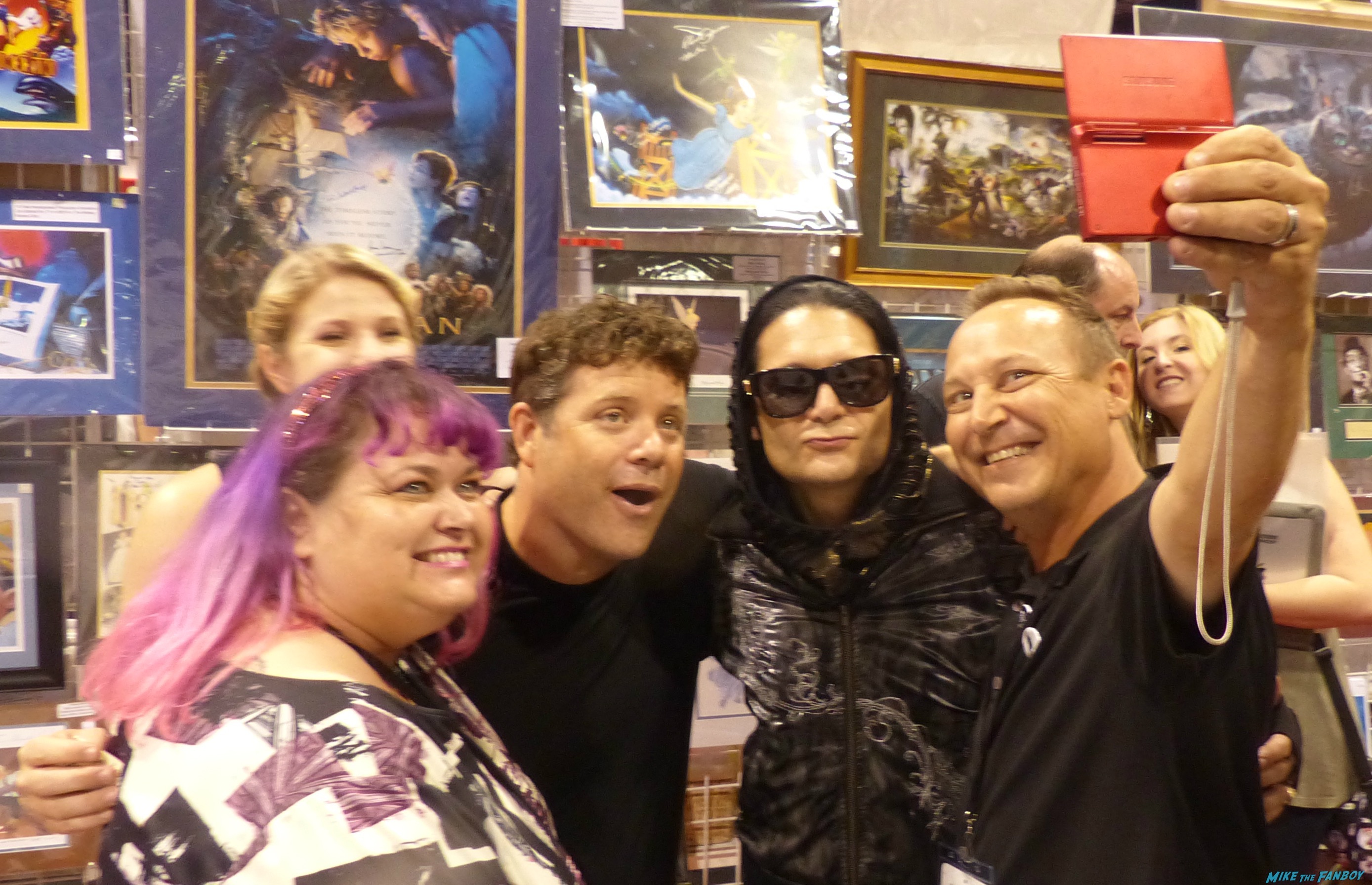 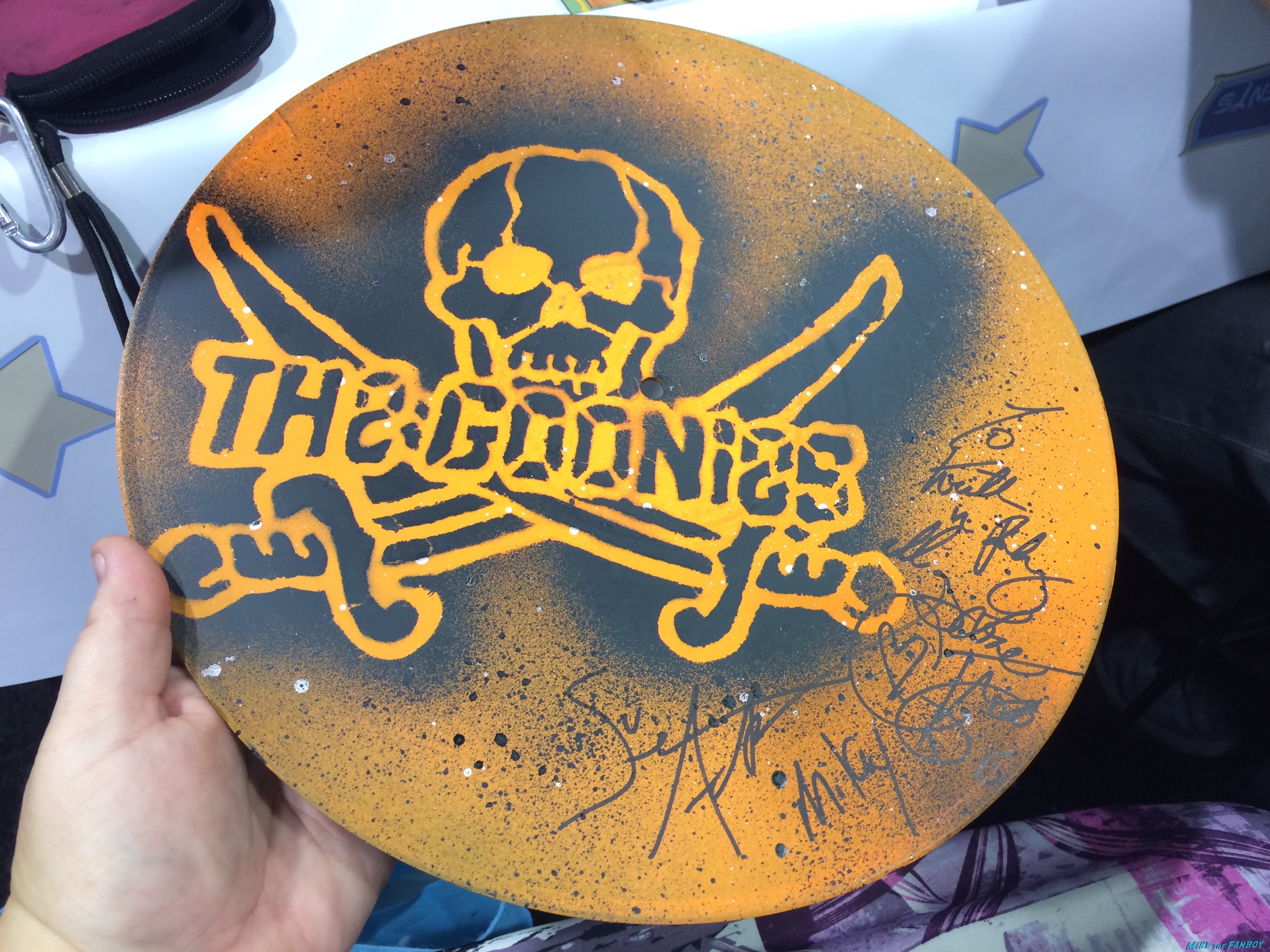