It seems like everywhere you look lately, its Batman-this and Batman-that. So much so, that it can be hard to rise above the clutter if you’re an original series in its sophomore season. Gotham, while not relying on the Batman character is steeped in the Dark Knight’s mythology. You have the “rise” of the classic villains that everyone loves like The Riddler, Penguin and so forth, but at the heart and center of Gotham is James Gordon (Ben McKenzie) who tries to do his best to control the streets while staying on the strait and narrow… With varying degrees of success. 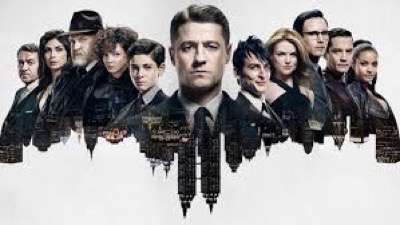 Gotham: The Complete Second Season is out now on Blu-ray, and as one of the shows I try to catch week after week, is much improved over its freshman outing. The characters are more fleshed out and plot points don’t seem as forced as they once did. In essence, Jim Gordon’s found his groove and it’s one heck of a ride. 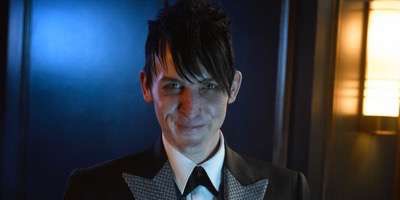 This season is all about the rise of the villains and to that effect we see Theo Galavan (James Frain) as the top dog. He starts to recruit his own gang of evil doers while at the same time making the public think that he’s out for their best interests. Jerome (Cameron Monaghan) is the best of the lot and practically sizzles when he’s on-screen. 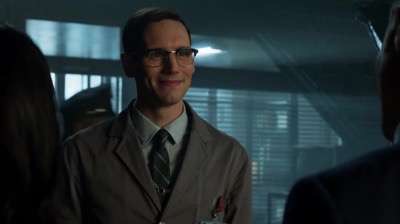 At the same time Bruce Wayne (David Mazouz) is searching for his parents killer but more than that, he’s really looking for his place in this crazy world. Where does he fit in, and how does he become his own man? Alfred (Sean Pertwee) is guiding him of course and training him but all under the watchful eye of a man who loves him and doesn’t want him to get his hands dirty if he doesn’t have to. Bruce on the other hand, wants nothing more than to get out in the world and does so with the help of Selina Kyle (Camren Bicondova), who at one point takes Bruce under her wing while they live on the streets.

Penguin (Robin Lord Taylor) rises to power and then falls flat when Theo comes to town. Penguin won’t settle for that of course and plots how to get out from under Theo’s thumb. He eventually makes a friend of sorts in Edward Nygma (Cory Michael Smith) who while working at the GCPD finally makes his way to the dark side and is about to fully embrace his role as The Riddler. 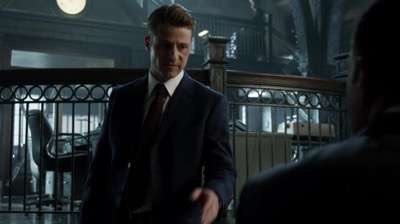 Jim Gordon has his own ups and downs and goes to some dark places while trying to keep the city safe with Harvey Bullock (Donal Logue). They’re unlikely friendship leads to some awesome episodes and fun banter. Jim just can’t keep his nose clean no matter how hard he tries, he even makes the villains less evil in comparison to how low he has to go at times. 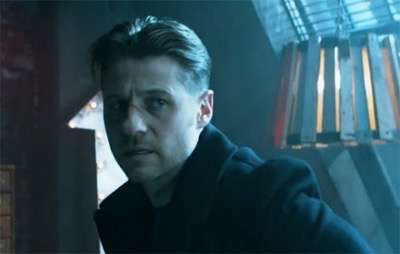 That’s a lot for some show balancing over ten major cast members and supporting villains. Gotham does the job however, thanks to the writing and able cast. The series has really found its stride this season balancing between the comic book pulp nature of the source material and giving it a slightly modern spin.

The Villains have always been the strongest part on Gotham and this season one really stood out for me and that’s Cory Michael Smith. He did such an amazing job portraying the two halves of Ed Nygma and his transformation into The Riddler I found myself rooting for him over the “good guys.” He did a wonderful job of making the character so sympathetic and at the same time to lethal and intelligent. I was blown away. Robin Lord Taylor is equally good as Penguin, and he really makes the most out of every scene he’s in. The scenes with his father in particular are really well done and some of his best work! 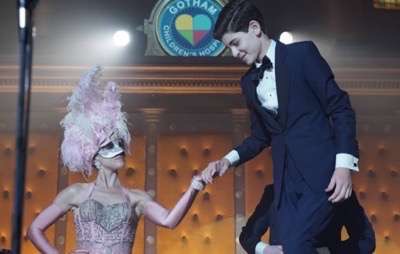 Gotham: The Complete Second Season arrives on blu-ray in an awesome transfer thanks to Warner Bros Home Video. The sets and locations have never looked more alive than on high definition. Wayne Manor, the GCPD headquarters, and the streets of Gotham practically become characters themselves when watching them in such pristine picture quality. The set designers work here is really highlighted. The fine details in close ups as well as simple things like an intense conversation really bring you into the story so much more than the broadcast version. 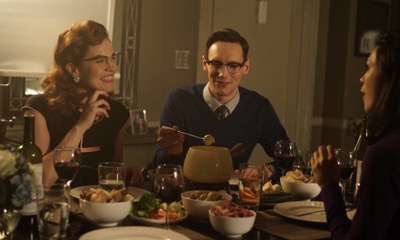 Gotham: 2015 Comic Con Panel – One of the best thing about the Warner Bros Home Video releases is the inclusion of the Comic Con panels. This one is really good and you can tell how much the cast likes each other. It’s definitely worth watching.

Gotham by Noir Light  – This is an interesting behind the scenes featurette that showcases how Gotham uses shadow and light to evoke moods and enhance the storytelling.

Alfred: Batman’s Greatest Ally – This is a spotlight on the character of Alfred and the series take on the iconic character.

Cold Hearted – The Tale of Victor Fries – This is a character spotlight on Victor Fries. It’s a good quick look at the character and worth a quick watch. 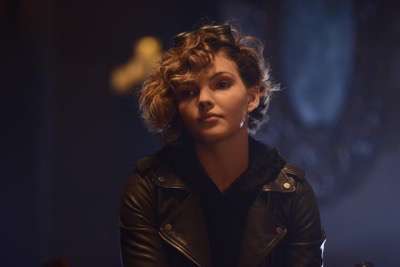 Overall, I think even with so many superhero series on the air right now, you’ll be really impressed with Gotham. The second season is leaps and bounds better than the first. The characters are more interesting, relationships are fleshed out, and it moves along at a quick pace. I highly recommend checking it out!

Gotham: The Complete Second Season is out now on Blu-ray!