When it comes to DC small screen adaptations, The CW seems to have the majority of the properties, save for one. Gotham is planted squarely in the FOX camp and it’s decidedly different from the more popcorn fair on the CW. Gotham is an ernest noir series that while entertaining can be very frustrating at times. It has the pulpy appeal comic book fans are drawn too but sometimes seems to sacrifice character for plot. 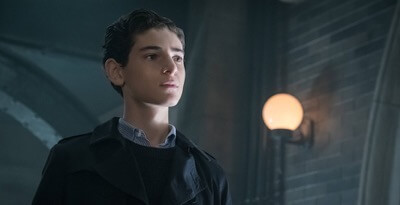 Gotham: The Complete Third season has just been released on Blu-ray and after a rare messy finale, the series comes back strong and ties up those loose ends. The main arc this season sees Jim Gordon (Ben McKenzie) as a bounty hunter. He is also on the quest to win back the love of his life, Lee (Morena Baccarin). Their relationship is the very definition of on again, off again.

This season also saw the rise of The Court of Owls, the unseen menace that are controlling Gotham behind the scenes and in the shadows. They are a secret society that consists of Gotham’s elite, and they wear the mask of the owl. 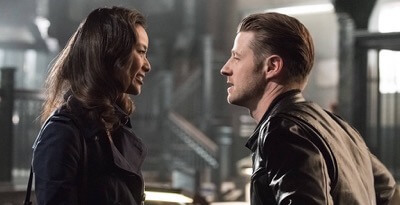 Jim Gordon, ends up rejoining the GCPD and tries to bring down the Court of Owls from the inside. All the while the bad guys have split into different groups. Penguin (Robin Lord Taylor) realizes that he has feelings for Edward Nygma (Cory Michael Smith). This relationship doesn’t go farther than the infatuation phase with Penguin killing Nygma’s girlfriend. Ah, what we do for love.

There was also a mini arc for Jerome (Cameron Monaghan) who is one of the best Joker’s to grace the screen. The menace and joyful glee he takes while killing his enemies or anyone for that matter is infectious. I really think the producers realized what a mistake they made by killing Jerome off in season 2, he was the best villain the show has ever had. It was awesome that he came back for a little bit in season 3. 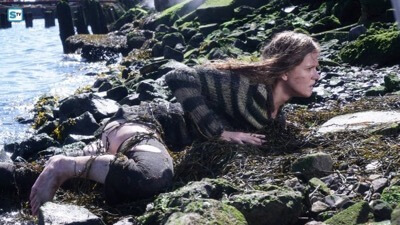 The one thing I didn’t love, was that with so many characters a lot of fan favorites were given short thrift. Selina (Camren Bicondova) was around this season but existed basically so Bruce Wayne could swoon over her. She didn’t have a strong arc and she’s such a great character. It’s a quibble to be sure but seeing such a great character related to the sidelines is disappointing to say the least. 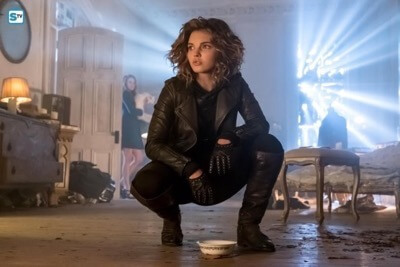 Even with some characters put on the sidelines, Gotham has really leveled out this season. The first two seasons were uneven, with characters doing things for the plot as opposed to character development. This season that has leveled off and things progress in a more organic fashion. It’s such an enjoyable series and to be honest it keeps getting better as it goes on. 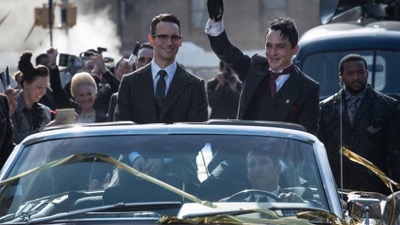 Gotham: The Complete Third Season arrives on Blu-ray in a pristine transfer thanks to Warner Bros Home Video. The series has never looked better. The darks are rich with little fallout and fine details are present throughout. In comparison to the broadcast version, the high definition viewing experience is light years better and if you’re a fan of the show, this set is a must have for the high definition alone! 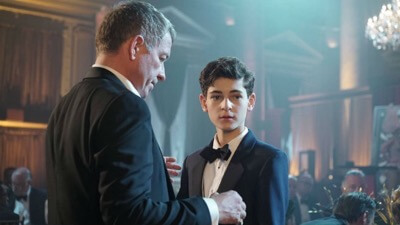 Special features available on this set include:

Disc 1 – There are a set of deleted scenes for select episodes.

Disc 2 – Deleted scenes that run about five minutes in length for four episodes  on this disc. There is also a featurette titled, Madness Rising: The New Villains of Gotham. It talks about, the new villains of Gotham like the title says.

Disc 4 – There is one deleted scene as well as the Gotham: 2016 Comic-Con Panel. I love these panels and I’m glad WB includes them on the home video releases. There is also a featurette on Ben McKenzie’s Directorial Debut and another called The Dark Within The Dark: The Court of Owls. 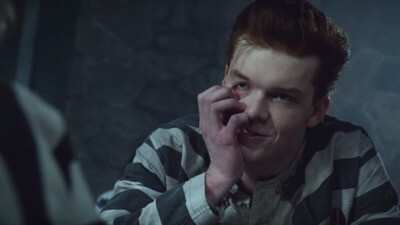 Overall, I have to say, I loved this season of Gotham, I know a lot of fans tuned in during season one and never went back, but they need to given this series a chance. It’s a fun pulpy noir that puts a different and unique spin on the Batman saga. The performances are really fun and the series has really come into its own! Highly recommended!

Gotham: The Complete Third Season is out now on Blu-ray!