Suddenly Susan headed out to a screening of Gravity with a Q and A by the star of the film, Ms. Sandra Bullock. It’s beginning to look a lot like Awards season! Got bless awards season here in Los Angeles!

Check out Susan’s Gravity recap after the jump!

I was invited to a special screening of Gravity with a Q&A afterwards with Sandra Bullock and director Alfonso Cuarón. I personally wasn’t excited about this movie even after seeing the trailer. Sandra Bullock and George Clooney floating around in space – so what? Was I ever wrong. True, the plot is fairly simple and it’s difficult to discuss without giving away too much, but this was a masterful piece of film making. 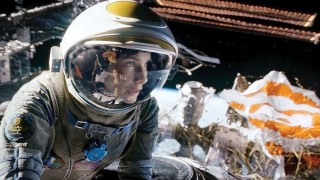 I’m not a fan or advocate of 3D. Given the choice, I always choose 2D. With this film, however, I highly recommend seeing it in 3D. The visual effects are absolutely stunning. It’s like watching a space ballet. It’s hypnotic and it’s seamless. Hearing Alfonso Cuarón discuss just how difficult it was to capture some of the ‘simple’ shots was afterwards was an added treat. 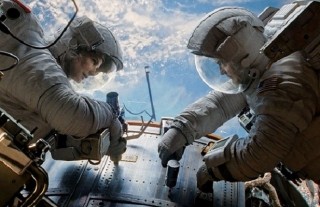 The script itself doesn’t carry a lot of weight, as there are not many spoken lines or even all that clever banter, but there is a spiritual element to the story and characters that’s both subtle and moving at the same time.

It’s exhilarating in its simplicity as the story boils down to one basic theme – life or death – who can’t relate to that? There are thrilling moments and action sequences that are technically dazzling. The background score is a work of art and could be considered its own character in the film. Throw in an amazing performance by Sandra Bullock and you’ve got all the makings of a masterpiece. 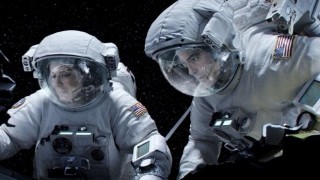 The next time someone says, isn’t Gravity that movie with George Clooney and Sandra Bullock floating in space, I say, yes, it’s the only movie you need to see this year.